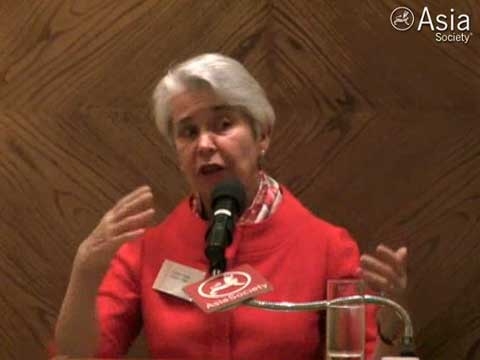 HONG KONG, November 15, 2010 - Countries that fail to cultivate the professional and entrepreneurial talent of their women can't hope to occupy a leading place among nations, according to Carol Christ, President of Smith College.

Christ asserted that a liberal arts education could teach students how to survive in an increasingly competitive workplace, where, along with mastering how to read, write, and speak well, students learn skills such as how to be culturally sensitive, how to tackle multi-faceted problems, and how "to make decisions in a context that are at once complex and volatile."

The respected educator added that liberal arts colleges develop fluency across a range of disciplines. She said, "This is becoming increasingly important as research has shown that individuals can expect to have several different careers throughout their lifetime and intellectual cross-training prepares you well for this."

Christ emphasized the need to confront the "clockwork of the male career" and its discriminatory impact on women, such as expectations over the hours in a work week and the stages of a professional career. Christ called for "major re-thinking" to address these issues.

"We need to address the daily time demands of many professions and we need not only part-time jobs, but also part-time jobs of high levels that allow for career advancement."

Even small changes can allow for better accommodation for families, noted Christ, including telecommuting, flexible scheduling of work hours, providing on-site infant and toddler care, and more judicious use of travel. Furthermore, Christ stressed the need to allow people time off work or to work part time and not sacrifice the ability to advance. "If we were to change the structure," Christ said, "we would retain more talent."

"The idea of a liberal arts education in Asia is entirely new and may seem out of place in a culture and in a fast-paced global economy where young people are often advised to specialize as soon as you can." Yet, Christ argued, "this may not be the best advice for a world that is changing as fast as ours is."