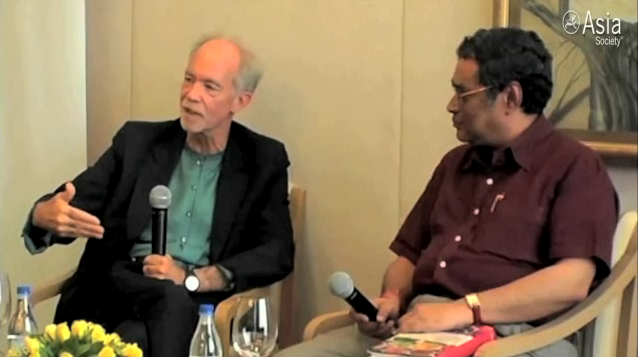 The former Canadian High Commissioner to India and President of the International Development Research Centre (IDRC) was joined in conversation with Swapan Dasgupta, Political Columnist and Former Managing Editor of India Today. The event was co-presented by the Consulate General of Canada and IDRC.

The speakers discussed pressing issues in Indian foreign policy today, from the feasibility of India’s UN Security Council permanent seat bid, to engagement with Afghanistan and Pakistan. Dasgupta acknowledged the novelty of a Canadian perspective on India, and the importance of considering perceptions beyond our own and those of other major powers such as the U.S. and the U.K.

Watch the video for highlights on the discussion.