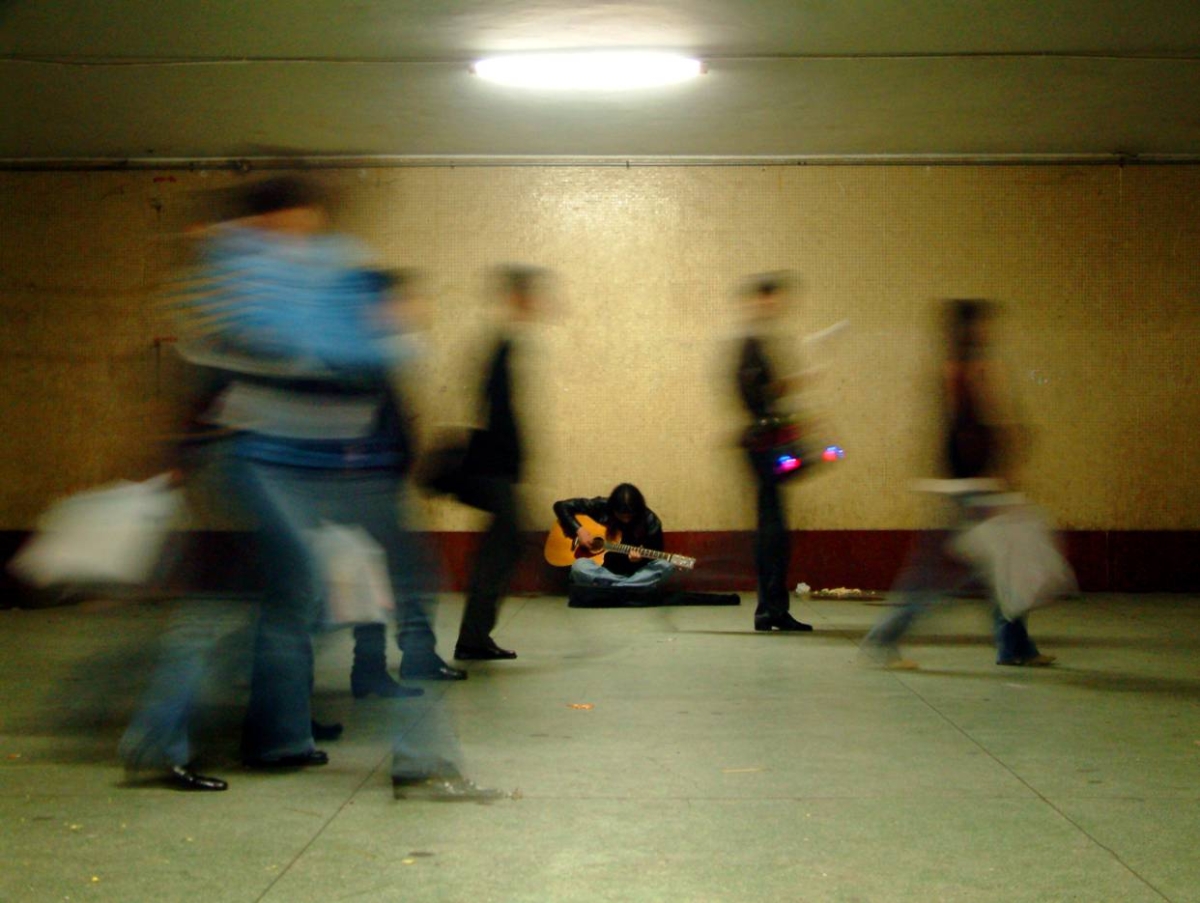 China is undergoing the fastest economic growth and social transformation known in human history. In urban centers, a booming economy, an unfolding physical landscape and shifting demographics have created new and evolving realities. This documentary film series, focusing on urban life, explores how millions navigate this changing China and the cost behind China’s dream of becoming an economic power. While some Chinese mourn the loss of the past, others try to find ways to survive and ride the wave. Opportunities are abundant for the lucky ones. And yet there are ample stories of struggle and heartbreak.

The nine documentaries in the series were made between 2005 and 2011, eight of them by Chinese filmmakers. The series sheds light on an unparalleled spectrum of experiences across social and economic classes. It also takes critical looks at the repercussions of China’s unstoppable development. These are stories of success, disillusionment, and caution.

“A fascinating series… All of the films very nicely portray the intersection in modern China between democracy and communism, the growing economy and its effects on all strata of society.”
— Cassady Dixon, Cinespect (Read complete Cinespect review here)

Series discount (in-person only):
Buy 4-7 tickets for 4-7 "unique" programs in one transaction to get $1.00 off each ticket.

This series is supported in part by a grant from the Open Society Foundations. Additional support is provided by the Center on U.S.-China Relations and New York State Council on the Arts.

All films with English subtitles. Click on individual programs for trailers and more information.

Thirteen chapters provide poignant snapshots of individuals navigating the modern China. An old peasant calls his country “shit” and yearns for the old days when greed and corruption were less rampant; a young car washer from the countryside calls Beijing huge and unfriendly; a young woman at a hair salon wants to find a rich husband; businessmen sit around and chat about the prices of Russian prostitutes… This meditative film offers an existentialist take on the common experience of disillusionment and disorientation in an evolving social and economic landscape that is far removed from the bygone days of Mao. Filmmaker Guo Xiaolu is also a prolific writer. Among her works are A Concise Chinese-English Dictionary for Lovers and 20 Fragments of a Ravenous Youth.

Take a rare glimpse into the life of a young academic couple in Beijing. Jun is finishing her Ph.D. in Australia and is a Virginia Woolf specialist. Long, who has just returned from a research study in Germany, is struggling to finish his dissertation on Marx and Kant. An unexpected pregnancy propels the couple to marry quickly and navigate the world of parenthood. An overbearing mother-in-law enters their private world and expects to be in every part of child rearing. The film offers a candid and intimate portrait of two people caught between freedom and responsibility, career and family, and the new and old.

What would democracy look like in China? In Wuhan, a city in central China about the size of London, a third grade class experiments for the first time in selecting a Class Monitor through an election. As if nobody needs to be coached how to run an election campaign, candidates quickly go all-out to solicit votes from their fellow classmates. Backstabbing, bribing, bullying, fancy speeches… all sorts of aggressive tactics are employed to win votes. Tears are shed, feelings are hurt, and friendships are tested. What have these children learned from this experiment? Is democracy destined for exploitation?

Beijing has enthralled the world with major architectural wonders such as the National Stadium (Herzog & de Meuron), National Aquatics Center (PTW Architects), CCTV building (Rem Koolhaas), and National Theater (Paul Andreu). Behind the futuristic face of Beijing are old neighborhoods and hutongs (traditional narrow alleys) that have to be sacrificed for new developments. Heritage activist Zhang Jinqi and other volunteers scramble to document the fleeting old Beijing in a photography project. While Zhang mourns the past, major international architects express their visions for the renewed city. Working with a Chinese crew, Australian filmmaker Georgia Wallace-Crabbe captures the dilemma between development and preservation.

Situated in Changsha, Hunan is the world’s biggest Chinese restaurant, which seats up to 5,000 diners and employs 1,000 staff. A sprawling complex containing pavilions in the style of traditional Chinese architecture, the restaurant is owned by Qin Linzi, a middle-aged female self-starter who used to earn 30 RMB a month. Documenting the restaurant’s day-to-day operation, the film shows routine slogan-chanting sessions intended to boost morale among the staff. A perceptive portrait of Chinese society, this engaging documentary provides a window into traditional Chinese customs that often revolve around banquets.

"A fine example of what documentary film can be. It is fascinating, deeply entertaining." — Todd Brown, Twitch

Take a behind-the-scenes look at the training of some of the world’s best acrobats and circus performers. In this Shanghai circus school, a highly disciplined environment, small children endure excruciating and dangerous training regimes. Mostly from poor families, these children are sent to the school by their parents in the hope that the specialty training will secure them a future. While small children sustain agonizing daily practice, the teachers are also under tremendous pressure to produce award-winning stunts. A faculty meeting turns into a Cultural Revolution-styled criticizing session. This film is set to change your perception of acrobatic performances forever.

Han Shengli has been admitted to a university in Xi'an. For his peasant family, this presents an incredible opportunity to move up the economic ladder. To pay for his education, the family sells off most of its valuable belongings. Shengli’s father also comes to Xi'an to find work in construction, while the son quietly collects plastic bottles on campus to make small change. The extremely shy son, who struggles to find a job upon graduation that pays better than his father’s construction work, is a sharp contrast to his old man, who is expressive and resourceful, and reads from a small notebook about his dreams for his son. While a brighter future is not yet in sight, he still believes all the sacrifices will eventually pay off.

"An incredibly moving affair, with the determination of its characters offset and cruelly undermined by the harsh economic reality of the modern Chinese employment sector." — James Mudge, Hollywood.com

A 30-year-old rural-born singer brings his guitar to Guangzhou to eke out a living by performing in public spaces. Like many migrant workers who don’t possess residence permits to stay in this southern metropolis, he is constantly dodging the authorities. The camera closely follows the singer’s daily life as he performs in pedestrian underpasses and lives out his tumultuous romantic life, which involves suicide, abortion and a bad break-up. As the film progresses, we find the filmmaker, who also made the much praised Disorder (2009), getting intimately involved with his subject’s precarious existence. Floating offers a humanist portrayal of those who drift on the fringes of society.