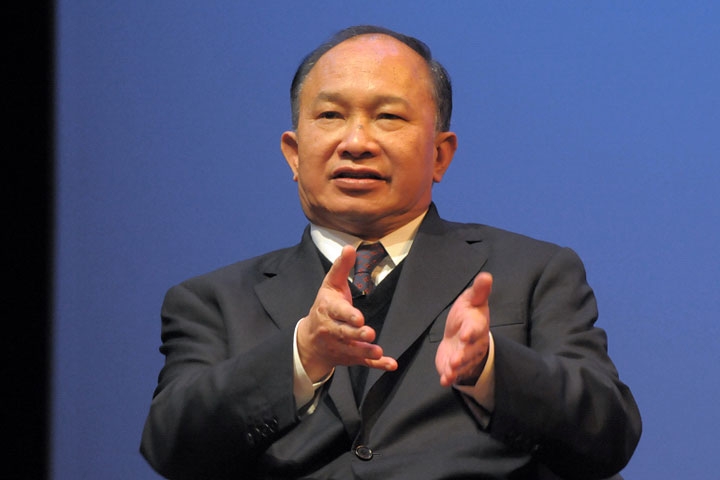 NEW YORK, October 12, 2009 - After more than 15 years working in Hollywood, one of cinema’s greatest action directors, John Woo (Mission Impossible II, Face/Off, Hard Boiled, The Killer), has made a triumphant return to Chinese filmmaking with his new film Red Cliff. This sweeping war epic brings to the screen the legendary tale of the Battle of Red Cliff, which took place in China in 208 AD  and was immortalized in the classic 14th-century novel Romance of the Three Kingdoms.

Following an exclusive preview screening of Red Cliff, Woo talked to La Frances Hui, Senior Program Officer of Cultural Programs at the Asia Society, before an audience of Asia Society members. During the conversation, Woo discussed why he was interested in this historical event; described the logistical complexity of making the most expensive Asian film to date (which involved 2,000 crew members, including the People’s Liberation Army); and explained he felt "like a general" making this film.

Woo also treated the audience to a few secrets about himself. For instance, he has never held a real gun, he does not drive, and he is good at dancing the cha-cha.