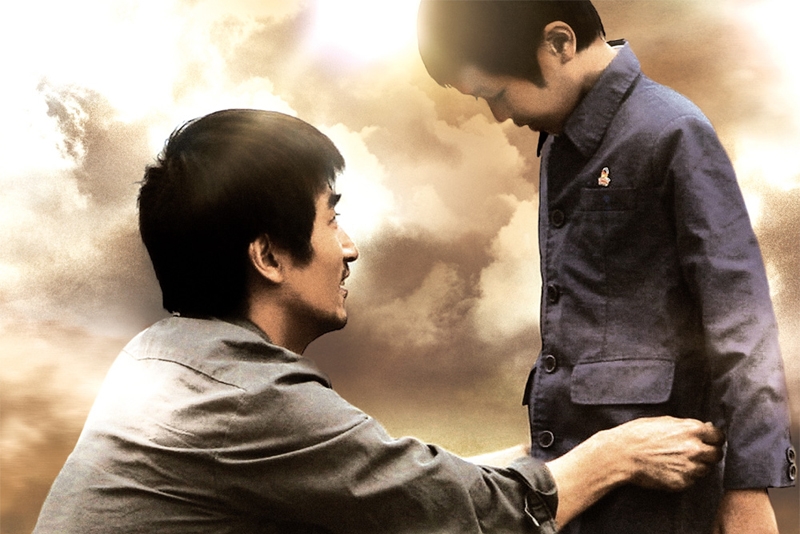 WASHINGTON DC, March 7, 2011 - Directed by Kim Tae-Gyun, Crossing is loosely based on a real story about the life of a North Korean defector and his family. Actor Cha In-Pyo stars as a North Korean coal miner who crossed illegally into China to get medicine for his wife. The story details the hardships of the North Korean refugees during the late 1990s, when famine hit the country and killed about one million people.

In the film, the coal miner husband risks his life by crossing the border to China. He saves every penny he earns in order to buy medicine for his sick wife back in North Korea. Unfortunately, the coal miner does not make it back in time, and his wife dies from tuberculosis, leaving their son alone. The boy has nowhere to go, and decides to cross into China to look for his father. He is eventually captured at the border and is sent to a concentration camp for treason against the state. In the end, after months of searching, the father and the son finally get in touch with each other by phone. However, before they can meet, the son dies trying to cross into Mongolia, which is a safe haven for North Korean refugees.

Following the movie, there was a discussion between Mike Kim, founder of Crossing Borders, and Jung Hwa Song, Asia Pacific editor for Foreign Policy Digest. During the discussion, Kim shared his experiences of helping North Koreans on the China-North Korea border. To begin the discussion, he remarked about how in 2006 he met a girl who was sold to an old man in China for around $1,000. She spoke of being raped repeatedly, and trying to escape several times before she finally succeeded. Kim said that was just one of many stories from the thousands of people who struggle to get out of North Korea.