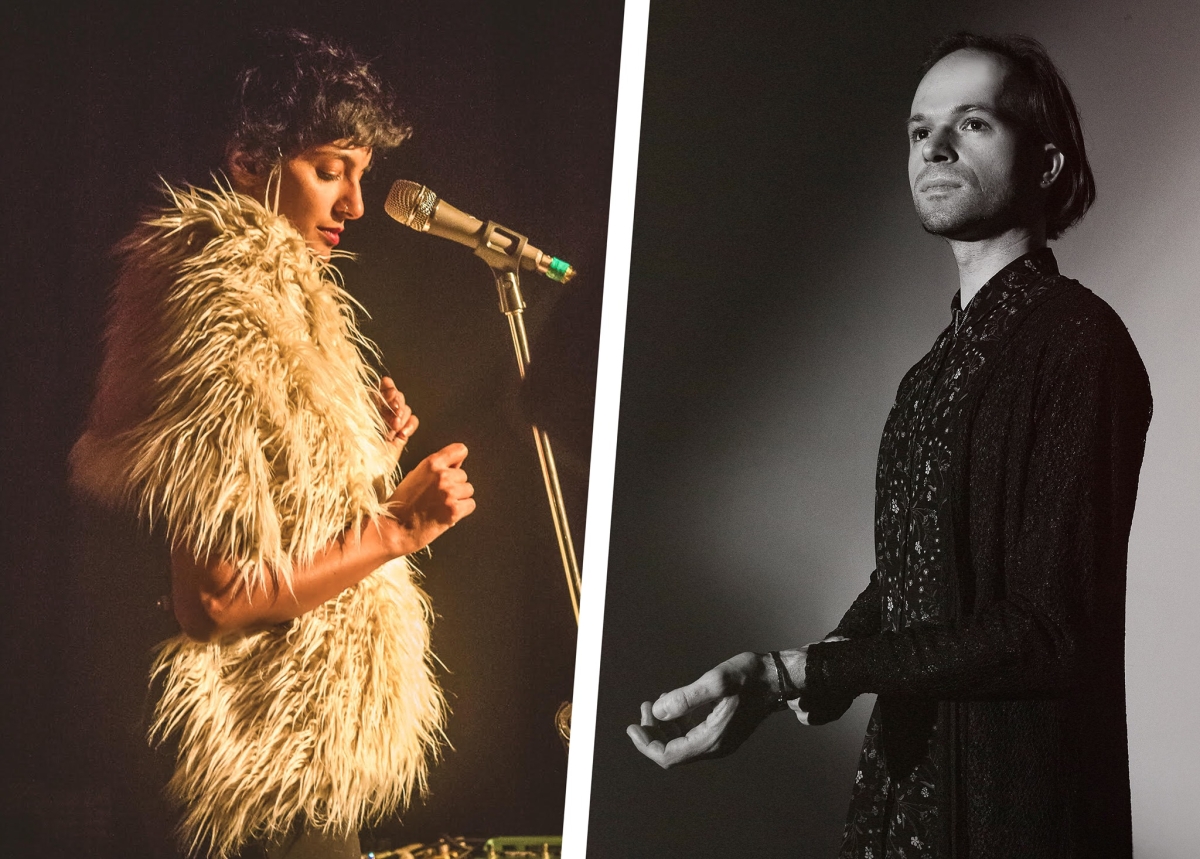 Please note: this performance is taking place at a different venue, National Sawdust in Brooklyn, NY.

Composer and vocal artist Samita Sinha has been engaged in a long-term inquiry of the voice and the relationship between inside and outside, from internal to external. Anonymous Light, Sinha’s newest work, continues a musical exploration from her earlier work This ember state, by moving into empty interior space and pure sound.

Working with vibrations of khayaal (a form of North Indian classical music that means “imagination”) as vessels, in duet with longtime collaborator artist/guitarist Grey Mcmurray, Sinha listens to what came before her—resonances of ordinary and extraordinary moments in innumerable lives—to animate shapes that flower and disappear, in elastic cycles of will and surrender in herself and with Mcmurray.

Sinha unravels the tradition of khayaal into fundamental elements of body and listening, pulse and flow, utterance, tone and shape, from which she and Mcmurray sculpt sonic experience in the setting of National Sawdust.

Anonymous Light is a continuation of This ember state, commissioned and presented by Asia Society in April 2018 as part of Creative Common Ground initiative.

Creative Common Ground is an initiative that expands contemporary performance practice by commissioning, producing, and presenting artists who explore beyond traditional disciplinary boundaries. The initiative is supported by a generous grant from The Andrew W. Mellon Foundation. Anonymous Light is presented in partnership with National Sawdust.

About the artists:
Composer and vocal artist Samita Sinha combines experiment and visceral energy with deep grounding in North Indian classical music, embodied practices, and folk and ritual music in several languages to create new forms of sound, performance, and collaboration, and a language of voice and body that is abstract and expressive. Her work has been commissioned by Asia Society, Performance Space 122 and Invisible Dog Art Center, the Rubin Museum, and Gibney and presented at the Kitchen, Wexner Center for the Arts, Danspace, National Sawdust, and PICA, among others. She has collaborated as composer and/or performer with Fiona Templeton, Sekou Sundiata, Dean Moss, Daria Fain & Robert Kocik, and Robert Ashley, and has received support for her work from National Endowment of the Arts, the Fulbright Foundation, National Performance Network, and New York State Council on the Arts. Sinha is part of the “uniquely-aligned trio” (NPR) Tongues in Trees with Sunny Jain and Grey Mcmurray, and teaches voice extensively.