The Art of Debate: Jewish Style 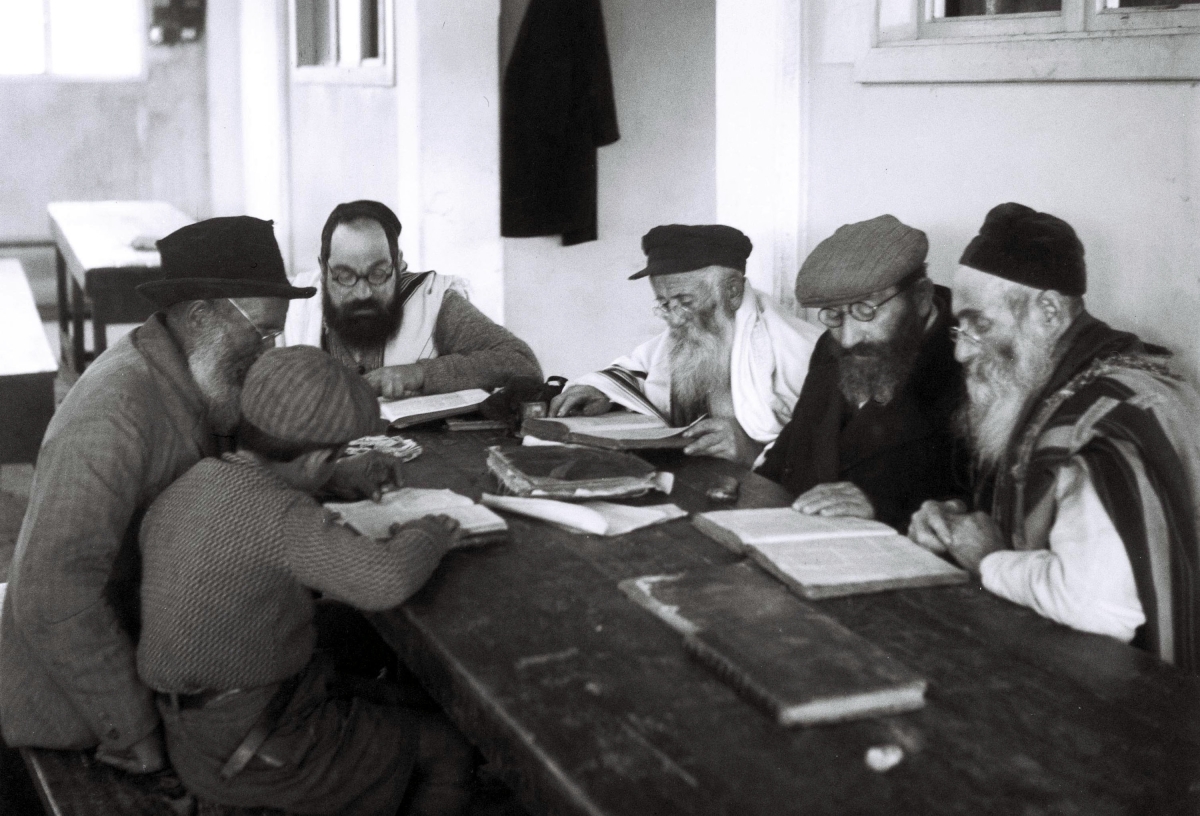 For two thousand years Jewish discussion, debate and dialogue have been manifest through the Jewish book. Traditional Jewish debate takes place not in open forums, but on the written page. Subject matter of the debates, often spanning centuries, even millennia, converge on the written page. The reader of Jewish texts does not simply read words printed on a page, the reader is an active player on the page and with the page. The reader is a vocal participant in the conversation.

Jewish sources for learning are the antithesis of traditional secular texts and learning resources. The Talmud, that compendium of hundreds of years of religious learning upon which religious law is based, may be the quintessential example — but all books of Jewish learning follow the same pattern. The closest approximation we have today of ancient Jewish learning is the very modern world wide web.

In traditional Jewish books of learning the concepts of beginning and end do not exist. It is all about the middle — about the dialogues, the discourse, the exchange of ideas. Essential texts are most often placed in the center of the page, surrounded by commentary composed by scholars from different time periods and from different countries, sometimes written in Hebrew, sometimes in Aramaic. There is never a page one in a traditional Jewish text. Texts always start on page two.

Even the creation of the world as described in Genesis is not really the beginning. With all due respect, the King James translation of the Bible misunderstands this point. It is a subject that rabbinic commentators discuss at length. The first word of Genesis, Bereishit, cannot mean in the beginning. The notion that that is where and when it all began is counter to the notion that God exists without creation. The best English language translation of the first word, Bereishit, is in EA Speiser's Anchor Bible translation which is used by all subsequent Jewish Publication Society translations. Speiser's translation renders the opening word of the Bible to mean when God began to create.

In a Jewish text important material is surrounded by commentary — the idea is to stimulate discussion. The fact that some of the commentators appearing and debating together lived thousands of years apart — that some wrote in treatise form and others scribbled notes or wrote in shorthand, only serves to make the discussion more dynamic.

Commentators seldom wrote with intention to be on the page, they were rabbis, teachers. Publishers chose which commentator would best stimulate discussion. There are no winners or time limits in these debates. To the contrary, minority opinions are given weight and studied fervently. Ideas are expounded upon, concepts are expanded — such is the nature of Jewish debate and dialogue.

The Talmud page spans two thousand years. It is not linear but dialogical. It has a multi-linear design in both Hebrew and Aramaic. It is in block Hebrew and in different script. There is no punctuation and no vocalization.  It is not your modern day text.

In contrast to Jewish learning, master communicator Marshall McLuhan labels contemporary discussions, books and learning as closed and limiting. For the modern student and the modern communicator, the medium of print is limited. It limits multi-dimensional thought, creativity and discussion. McLuhan describes printed books as page follows page, word follows word from first page to last. He opined that books become authoritarian and answers and ideas become fixed. He wrote that books ended dialogue and conferred the values of isolation, detachment passivity and non involvement. McLuhan's analysis of modern, secular learning is a perfect foil to Jewish texts and Jewish learning and communication.

Jewish debate is the opposite. The text has within it dialogue and from the very beginning there is disagreement. There are two different creation stories in Genesis and rabbis spilled gallons of ink either trying to weave them together or understanding why they are different. In one, God creates Adam and Eve (in Hebrew, Hava) fashioning them equally, breathing life into both. In the other, God creates woman from man — hence the word woman meaning from man.

Jewish discussion requires looking at a page filled with discussions, it forces interaction.  The rabbis warned of the dangers of learning alone. They demanded that one find a study partner. A traditional learning interaction is filled with energy and dialogue, debate and discussion and the page comes alive as the commentators become active participants in the discussion and the learning partners actually speak to the text as if it is alive. Study partners paraphrase commentators and explain text and dispute one another with the same passion that they dispute the commentators.

Conversations are lively, loud and filled with gesticulations and frustrations. Jewish debate takes place in a Beit Midrash, a study hall. Unlike our contemporary libraries where silence resounds, Jewish schools are filled with noise. The Beit Midrash is a room or building packed with books, people, noise and tumult. According to the dictates of Jewish debate, even when alone in the study hall, one studies out loud. The student reads text aloud — sometimes even in different voices with actions emphasizing important points until the arguments are clear and it is the norm to spend months on a single page of Talmud or text.

In the world of Jewish learning, discussion and debate, the words of Jewish text, literally and figuratively, resonate.