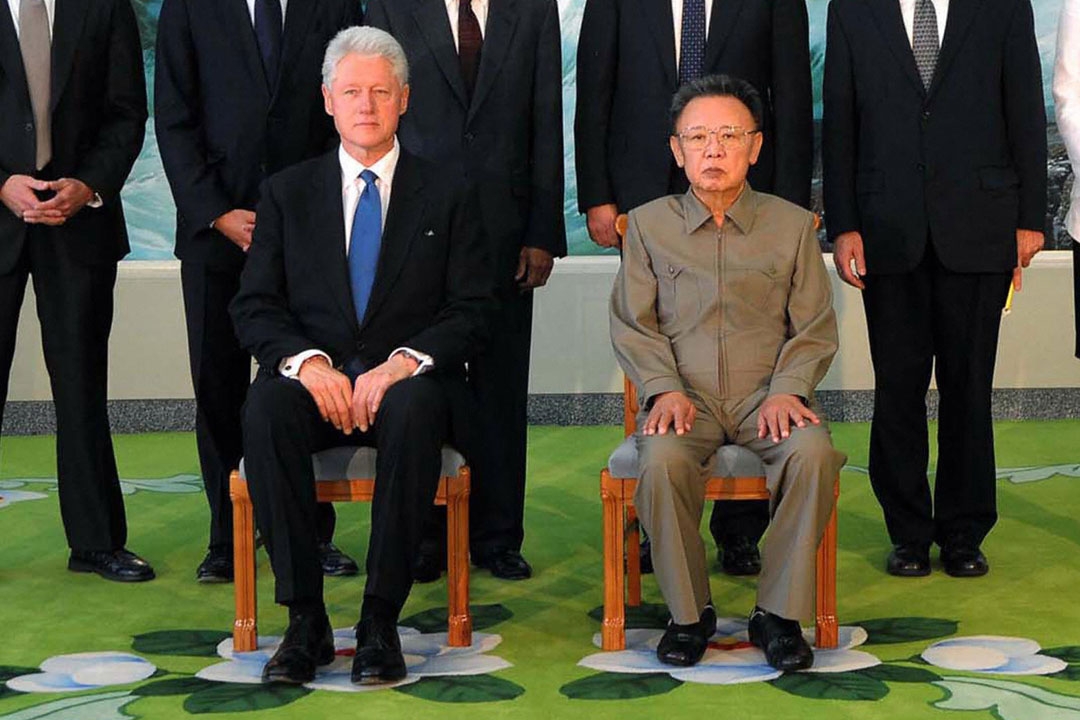 We will only slowly learn the full details of Bill Clinton’s historic mission to Pyongyang. But the preliminary indicators are positive, especially in what they tell us about domestic politics in the Democratic People's Republic of Korea (DPRK). American and South Korean headlines have been dominated for months by ominous stories of the triumph of military hardliners in Pyongyang and the ailing of Kim Jong Il. Just days ago, a seasoned journalist reported that leading diplomat Kim Kye Gwan had been purged as penalty for his openness to dealing with the Americans.

Yet there on the tarmac of Pyongyang’s airport stands Kim Kye Gwan, the second man to shake Bill Clinton’s hand, welcoming him to the DPRK. With Kim smiling on, Mr. Clinton receives a bouquet of flowers from a young North Korean girl, in a gratuitously friendly gesture sending a clear political message. The gaggle of reporters, photographers and cameramen capturing these scenes makes it plain that the government wishes to disseminate images of rapprochement internally, as well as internationally. Some media analysts in the U.S. are dismissively referring to North Korea’s “publicity coup,” missing the point that this “coup” is a show of strength by those in favor of improved relations with the U.S., with important domestic audiences watching.

Equally promising, the ruling structure in Pyongyang appears relatively united in welcoming Mr. Clinton, and the symbolism of his trip. Most analysts consider the National Defense Commission (NDC) to be the highest ruling organ in the DPRK party-state-military regime. It is significant therefore that Clinton’s welcome dinner was hosted by the NDC. Numerous photo-ops also suggest that Kim Jong Il actively participated in talks with the former president. Again, we’ll have to wait for details from President Clinton and his entourage to fill out the picture, but the impression so far is that, as in 2000 when he met with Mr. Clinton’s envoy, Madeleine Albright, Kim appears in control and ready to engage.

There are numerous ironies in Mr. Clinton’s trip to Pyongyang. Early in his own presidency, he and Kim Il Sung were brought back from the brink of military conflict only by an independent mission by another former president, Jimmy Carter. It was a last-minute diplomatic intervention that infuriated the White House, but defused the international crisis and set the stage for a breakthrough agreement between Pyongyang and Washington in 1994. At the end of his presidency, Mr. Clinton seriously considered a presidential trip to Pyongyang as his foreign policy swan song (he opted instead to send Secretary of State Albright, and concentrate his political capital on a peace deal in the Middle East). Nine years later, he gets to complete his journey as an American éminence grise. And, final irony, he does so as husband of current Secretary of State Hillary Clinton, who has led the charge of a tough-line against North Korea, speculating on the death of its leader Kim Jong Il and comparing its behavior to that of a child. These ironies encapsulate much of the history of U.S.-DPRK relations since the end of the Cold War.

Now, Mr.Clinton has the rare opportunity not only to reverse some of the negative drift in U.S.-DPRK relations since late last year, but also to re-establish the moment when he left office as the baseline in bilateral relations. At that time, in 2000-2001, something more far-reaching than nuclear talks was at work. Kim Jong Il was embarking on a “charm offensive,” reaching out to the U.S., South Korea, Japan, Russia and China. Novel economic initiatives were being tested, including large-scale special economic zones with Seoul and Beijing. And Pyongyang’s three key adversaries, Washington, Seoul and Tokyo, were briefly aligned in support of tentative moves from the North.

With the Clinton visit, we have the first gust of a warm wind in U.S.-DPRK relations. The Obama administration should act decisively to build on any positive momentum. The repatriation of the two journalists demonstrates the benefits of direct channels of contact with North Korea, and the need for a multifaceted relationship. Revived six-party talks can be one forum, and the nuclear issue will remain a difficult and central point of negotiation. But it would behoove us to broaden and diversify the scope of our relationship.

One piece of low-hanging fruit is to shepherd through a longstanding project to bring the Pyongyang symphony orchestra to perform in New York. One notch up the ladder of complexity, U.S. government agencies and their NGO partners could test the waters for resuming humanitarian operations in-country, including food security, public health, and clean energy projects. Mr. Clinton might consider leveraging his new standing—perhaps in partnership with former South Korean President Kim Dae-jung, as well as former ROK minister and now U.N. Secretary General Ban Ki-moon—to draw North Korean leadership into a new initiative for peace and reconciliation on the peninsula (Mr. Clinton is still remembered fondly in Ireland for contributing to the peace process in the North there).

On a more formal level, it is time for the Obama administration to conduct a comprehensive policy review, and to articulate a positive vision for the future of the Korean peninsula. As part of the process, the White House should engage America’s regional allies and partners in discussions of constructive steps they can take together to promote peace and prosperity in Northeast Asia. The diplomatic focus so far has been on coordinating financial sanctions, cargo inspections, and contingency planning in the case of regime collapse. Now is the time to start planning a long-term political and economic engagement strategy with the same ingenuity and intensity.

The White House and Department of State deserve praise for Mr. Clinton’s “solely private mission,” and we can all breathe a sigh of relief at the news that Laura Ling and Euna Lee will be reunited with their families. Their fate has always been linked to the bigger picture of U.S.-DPRK relations. The symbolism around Mr. Clinton’s visit, and his direct talks with Kim Jong Il, suggests we may be on the cusp of some positive movement, at last. With wise, creative and determined follow-through, hopefully Pyongyang and Washington can make some verifiable and irreversible (if not complete) improvement in normalizing their relationship.

John Delury is associate director of Asia Society’s Center on U.S.-China Relations and director of the North Korea Inside Out Task Force.