The Chinese Road to Pyongyang 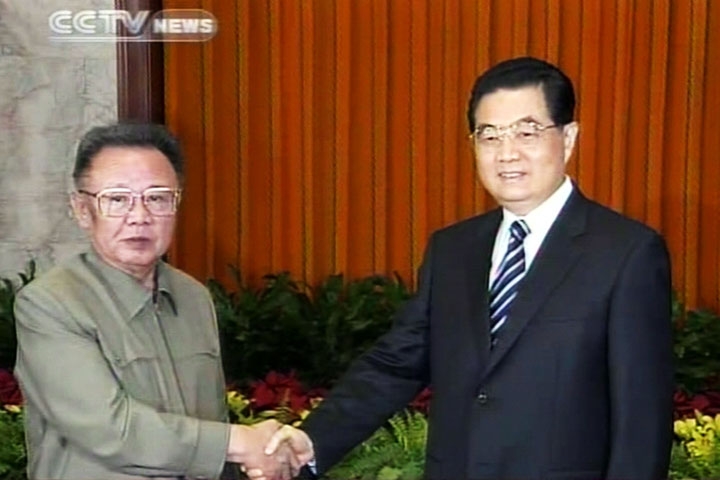 Originally published by Project Syndicate on May 14, 2010

NEW YORK – Kim Jong Il's recent visit to China was a gentle reminder that the road to Pyongyang leads through Beijing. China is the only power that has remained engaged with North Korea, through many ups and downs, whereas Russia, Japan, the United States, and South Korea have all come and gone.

By keeping a door open to North Korea's leaders, China is making a substantial contribution to regional peace. This is bold diplomacy—for which China is given little credit—at a highly sensitive moment.

Nevertheless, China’s "leverage" over North Korea is in part illusory. Kim's visit should be evaluated in terms of Chinese-North Korean relations as they are, rather than as others might wish them to be. Doing so reveals the role left to America and South Korea to engage the North in order to revive the denuclearization process and repair inter-Korean relations.

Three widespread misconceptions distorted the coverage of Kim's visit to China. The first misconception is that he desperately sought Chinese aid to prop up his regime in the face of seething discontent after botched currency reforms. But, although North Korea’s latest economic travails have shaken the leadership, the regime has weathered worse. And the economic relationship between China and North Korea is driven as much by material interests and economic factors as it is by concerns over geopolitical stability.

There has also been renewed interest in developing the port city of Rason near the China-Russia-North Korea border as a special economic zone. Although North Korea has doggedly stood behind its outmoded model of state control and central planning, Kim's visits to the boom cities of Dalian and Tianjin reflect his tentative but ongoing interest in alternative ways to achieve "strength and prosperity" for his country.

The second misperception is that Chinese President Hu Jintao offered Kim a "big package" of aid in exchange for returning to the Six Party Talks on North Korea's nuclear program. Hu no doubt looked for ways to resuscitate the talks, but not by buying off Kim with aid. Rather, Hu would have determined the level of Kim's readiness to resume, what preconditions and incentives are at play, and what room for maneuver exists, given the position of the other parties.

Kim apparently reiterated his government's willingness to return to the talks, but the question is what kind of assurances he was able to give Hu in order to persuade a wary US and hostile South Korea that he is really ready to deal. Moreover, Kim, too, needs assurances from Hu—not that Chinese aid is coming, but that the Americans, South Koreans, and Japanese are prepared to give and take.

The final misconception is that Hu might have demanded an explanation from Kim as to the causes of the fatal sinking of a South Korean vessel in late March. Hu, having recently met with South Korean President Lee Myung-bak, may have discussed the issue with Kim, as well as the intense pressure Lee is under to respond, if not retaliate. But the Chinese do not assume that North Korea is guilty. Even in the face of strong evidence of North Korean wrongdoing, the Chinese are inclined to view the incident in the context of inter-Korean relations, and do not want to let it determine the fate of the Six Party Talks.

Rather than criticize China, US President Barack Obama and Lee should now reach out to the Chinese for thorough debriefings about what was learned from Kim’s visit—on security as well as economic issues. China should continue to lead the effort to encourage reform and opening of the North Korean economy, with help from international financial institutions.

The US, moreover, should actively seek a path back to the Six Party Talks, resisting both the fatalistic idea that North Korea can never be persuaded to roll back its nuclear program and the dangerous notion of simply waiting for the North Korean regime to come begging, if not collapse.

South Korea undoubtedly faces the biggest dilemma, and the way forward will have to await the conclusions of the investigation into the sinking of its warship and the deaths of its sailors. But one way or another, President Lee needs to find a way to get inter-Korean relations back on a peaceful track.