China's Past, Present, Future on Film 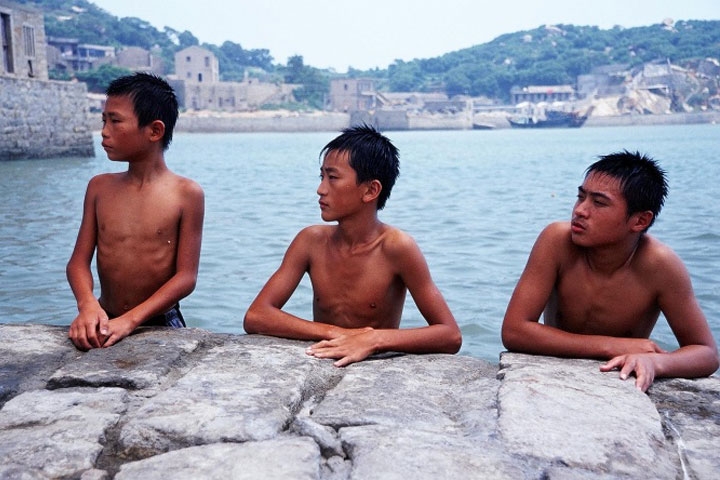 
Independent filmmaking in China is undergoing a renaissance, thanks to a fast-changing China that provides limitless inspiration and the availability of affordable digital technology. This film series begins with a documentary about leading Sixth Generation filmmaker Jia Zhangke, whose works like Xiao Wu (1997) and Platform (2000) propelled Chinese independent films to worldwide admiration. It continues with other recent films, two of them produced by Jia, that examine a dark chapter of China’s past, take penetrating looks at current social phenomena, and explore the hearts and minds of China's future generations.

Tickets: $7 members; $9 students/seniors; $11 nonmembers.
Series discount: buy tickets to 4 or more films in one transaction to receive $1.50 off each ticket. Click here to buy discount.

French-Algerian documentary filmmaker Damien Ounouri follows leading Chinese Sixth Generation film director Jia Zhangke to his small home town of Fenyang in Shanxi province after he won the Golden Lion Award at the Venice Film Festival for Still Life (2006). The experiences of his childhood, the people he grew up with, and the changing landscape of his home town gave Jia the inspirations to make his first films, which earned him and Chinese independent films international recognition. The thoughtful and down-to-earth presence of Jia and his sensitivity for the locations make this journey a poignant inquiry into the director’s past and Chinese society at the same time. In Mandarin w/English subtitles.
Post-screening Q&A with Jia Zhangke and special guest actress Zhao Tao.

Han Jie's feature debut draws on his own experiences growing up in a desolate mining district in northern China’s Shanxi province. A Chinese road movie, Walking charts the gang’s continuous flights from one kind of trouble to the next. Mirroring the stark and barren landscape, the film relays the grim story of several young delinquents’ dreams of liberty and easy money. Played by non-professional actors who are real life troublemakers, the film offers a realism that is at once oppressive, cruel, and sympathetic. Produced by Jia Zhangke. In Shanxi dialect w/English subtitles.

Read about Walking on the Wild Side on the j.b. spins blog

Emily Tang's second feature tells the bleak stories of female migrant workers in China. The film depicts two women, one fictional and one real, struggling for a new life in southern China. Their lives converge in Shenzhen (bordering Hong Kong), a city of dreams and survival with 10 out of its 12 million residents migrants. Intricately blending documentary and fiction, Tang takes realism, a preoccupation of contemporary Chinese independent filmmakers, to a new level. Co-produced by Jia Zhangke. In Mandarin, Cantonese, Dongbei dialect w/English subtitles.

Along a sleepy Hunan riverside, two delinquent boys experience a summer of love and violence in Yang Heng’s visually stunning debut. Ali and Xiao Yu are two teenage rebels idling away their days along the banks of a river in Jishou, a quiet town in Hunan province. They steal motorbikes, bully and rob kids, sing karaoke, and get into fistfights. But their rough exterior belies a deeper romanticism, and a tenderness unfolds between them and their teenage loves. In Hunan dialect w/English subtitles.

An impoverished country couple buys a crippled young girl and puts her to work begging on city streets. Her desperate condition is heightened in a gripping episode of escape with a one-armed boy who is also forced to beg. Using a cast of non-professionals, Peng Tao turns the sordid street life of small town China into a chain-reaction tale of human cruelty and unforgettable suspense. In Hubei dialect w/English subtitles.

This documentary tells the story of several women’s brutal ordeal as "comfort women" for the Japanese Army during World War II. At the center is Hou Dong-E, known as "Gai Shanxi," the most beautiful woman in Shanxi province. 50 years later, she joined other women throughout Asia to seek justice and reparations, but she died before her demands were answered. The filmmaker unearths Gai Shanxi’s tragic life through the stories of the surviving women in the region. Ban also collects revelatory testimonies from former Japanese soldiers stationed in Shanxi during the war, breaking a decades-long silence over a dark chapter of China's history. In Mandarin, Shanxi dialect, Japanese w/English subtitles.

"The whole world fears Fujian!" announces a TV pundit, commenting on the notoriety of China’s southeastern province as the country’s center for illegal emigration and human trafficking. Shot on location in Fujian's coastal towns and on Pingtan Island in the Taiwan Strait, with a cast of non-professionals playing characters very much like themselves, Robin Weng’s pin-sharp debut feature reveals why and how so many young Chinese pay to have themselves smuggled in containers to the West. In Fujian dialect w/English subtitles.

This film series is funded, in part, by the Center on U.S.-China Relations. Special thanks to Jytte Jensen, The Museum of Modern Art.