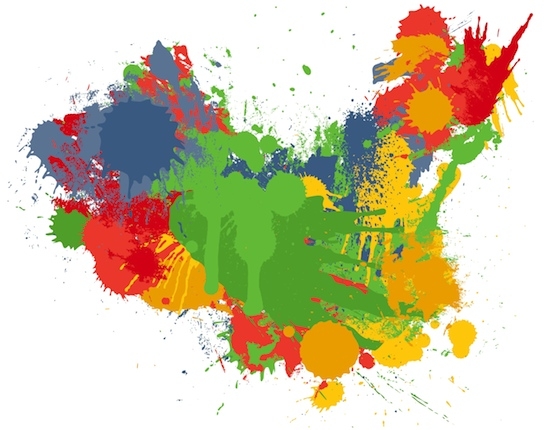 On a recent trip to China, I attended a series of presentations by Chinese fourth and fifth grade students about cultural differences between China and the United States. While I couldn’t argue with the assertion that Americans use forks and Chinese use chopsticks, I was less comfortable with the notions that Americans only like to eat cold food and that American food is always fried! It’s wonderful that these young students are already beginning their journey toward broader cross-cultural understanding, but I began to wonder how far their teachers and parents had ventured beyond the kinds of simple stereotypes and superficialities that seemed to form the core of these presentations.

On the same trip to China, I addressed the faculty of an elementary school and reminded them that Chinese silk has been found in ancient Egyptian tombs and was the fabric of choice for Roman emperors (for more, see my interviews at China and Globalization), and that these discoveries had made me wonder just how valid the traditional distinction between East and West actually is. While many think of China’s opening to the West as a nineteenth and twentieth century phenomenon, the Middle Kingdom’s encounter with Indian and Central Asian civilizations through Buddhism starting some two thousand years ago was China’s first intellectual journey to the west. Indeed, the deeper I have dug into many topics around China’s cultural history, the more I began to find Indian and Central Asian influences or antecedents, not to mention a broader engagement with the Mediterranean world – whether it be polo playing in the Tang dynasty, the fabulous travel tales of the Monkey King, or the structure of classical Chinese poetry. There are even suggestions that China was connected intimately with the Mesoamerican world, and a professor in Germany who claims that the Chinese are one of the lost tribes of Israel and the original Aryans, the Chinese word for emperor huangdi (which includes the word for yellow) being a reference to their blond hair! While some of these theories are considered a stretch, it’s important to understand that the division between China and the West has always been amorphous, and that cultural influences have gone back and forth for centuries.

When people made a big fuss about “Caucasian mummies” being found in Western China, I simply couldn’t understand. It seems like some believed China to be another planet, rather than a large and shifting cultural territory whose borders have changed and been porous throughout history. If you were to watch a time-lapse map of China across the millennia, you would see a constantly undulating, expanding mass – not a pristine, unchanging monolith. China has always been a dynamic global society that functions as part of a larger world order. The Chinese language – both the characters and spoken Mandarin – became a way of defining and unifying Chinese civilization and of helping to define China’s cultural boundaries.

I’ve often wondered how people from Hong Kong who’ve spent most of their lives speaking only Cantonese learn Mandarin so quickly, while Mandarin speakers confronting Cantonese for the first time generally find it a bit of chore. One reason is surely that Mandarin is the lingua franca of the Chinese-speaking world, perhaps more than it is one dialect among many. A lingua franca by its very nature tends to become more simplified as it becomes a medium for communication used by more and more people. Perhaps that accounts to some degree for the simpler tonal structure of Mandarin compared to Cantonese.

It’s interesting to think of Mandarin in this way and to understand the degree to which it is an artificial and constructed language, shaped by hundreds of millions of users learning it as a second language. I’m quite sure that the New York City Department of Education understood none of this when, in their infinite wisdom, they attempted to suspend my teaching license because I was teaching out of my area of certification – I was teaching “Chinese” while my license was designated for the teaching of “Mandarin!”

It seems to me essential to step out of our regular teaching of the grammar, vocabulary, expressions, and constructions of Mandarin, and to spend some time challenging our students to think about and interrogate their understanding of Chinese language and culture. You might be surprised to hear them declare that red lanterns and dragon dancing are the core of Chinese culture (echoes of those cold, fried foods the Chinese kids thought were the core of the American diet). At the end of the day, it’s fundamentally important for students to constantly confront and redefine their understandings of language and culture and see them for what they are: constantly shifting perspectives on the world that can differ from person to person and era to era. The best way to help Chinese language students do this is to teach deeply in a way that directly addresses stereotypes and exposes limited understandings, highlighting for them everything from silken clad ancient Egyptians to the latest Chinese hip-hop craze.

Sparks to Ignite a Revolution in Language Education