The German Language Convinces Teachers to Immerse Their Classes in Chinese 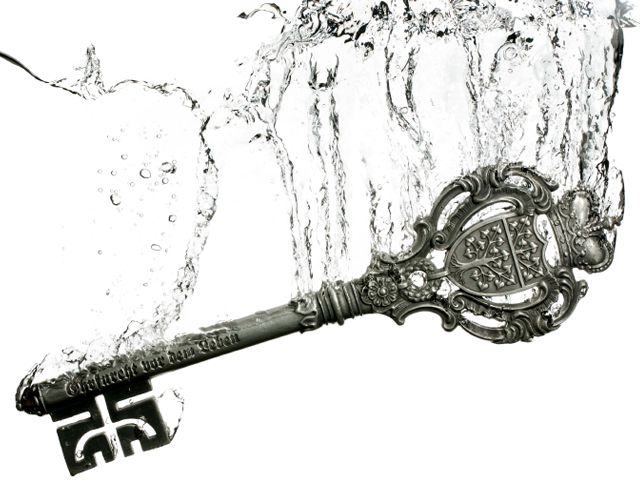 Dr. Carol Ann Dahlberg made her point using German, and even though she was speaking to Chinese language teachers, it came across perfectly. She searched for her “Tüte,” and found a bag; she groped inside, and produced a banana. She sighed, dropping it on the table. “Dies ist eine Banane.” As she pulled a scarf from the Tüte, she shook her head. “Ein Schal.”

Dahlberg, an expert on childhood language acquisition and co-author of Languages and Children—Making the Match, reached again into the tüte and smiled triumphantly. “Mie Wunderstock!” She showed off her magic wand before giving it a flourish and casting a spell that transformed her audience into speakers of German.

For the next half hour, Dahlberg, who advocates teaching 95–100% in the target language, used German, along with pantomime, repetition, and pictures, to clarify protocol (no talking when others are speaking) and deliver instructions (stand up, raise your hand, turn around). Giggling tentatively, the teachers complied, humoring Dahlberg as they waited to resume being told (in English) about strategies and principles for an effective Chinese classroom.

Gradually it dawned on them that Dahlberg was committed, and they had no choice but to give themselves over to learning German. Before long, they could greet one another with “guten Morgen,” “guten Tag,” “guten Abend,” or “gute Nacht,” depending on the time of day. With rotating partners, they repeated the salutations and mimicked Dahlberg’s single, brisk German pump, rather than an up-and-down American handshake.

Before Dahlberg took the podium, Dr. Shuhan Wang, deputy director of the National Foreign Language Center (NFLC), invited these teachers to list challenges they faced in using only Chinese when teaching. They cited divergent maturity levels and language skills among students as their chief impediments. However, by the time the Wunderstock waved again (reinstating English), the teachers not only were persuaded that teaching in the target language was possible, they were convinced that it would dramatically increase student engagement and results.

Wang, who co-wrote the textbook series Flying with Chinese with Dahlberg, says that this approach exemplifies the STARTALK-endorsed principles for effective teaching of a foreign language. These include implementing a standards-based and thematically organized curriculum, facilitating learner-centered experiences, integrating culture, using authentic materials, and conducting performance-based assessments.

Dr. Wang and her colleagues Dr. Gloria Hu and Jiahang Li assert that thematic units can help realize these principles in Chinese classrooms. A successful unit centers on a theme with immediate relevance to learners, such as moving house. Lessons are arranged around sub-themes (arranging rooms, furniture and utensils, and daily routines, for instance) and introduce vocabulary and grammar as well as embed cultural content, like a story about a traditional baxian table.

Enduring understandings keep the lesson focused, and essential questions, such as “What household items are universal?” and “To what extent are some items distinctly Chinese?” connect students to the content. Students demonstrate their knowledge of language and culture as they identify pictures of household items, or role-play a family meal.

This kind of unit, says Dahlberg, is “brain compatible” and builds new pathways as students participate and perform. The most crucial moments, according to Dahlberg, are learners’ first minutes of their initial language lesson. If the teacher speaks in the new language, and switches only through a formal process (like waving a wand), this sets lasting expectations. Dahlberg stresses that students need not understand every word, as long as they comprehend the main message.

“Each step felt so natural,” one teacher observed after her introduction to German, while another noted, “It’s playful and meaningful.” One marveled, “You involved us and we didn’t have time to give you trouble.”

Dahlberg reviewed strategies for communicating in the target language: speak slowly and enunciate, use shorter phrases and repetition as well as rephrasing, check visually and through active participation to gauge understanding. Finally, make sure students end each lesson with a sense of accomplishment.

The teachers understood this last point. Before the Wunderstock brought the German lesson to an end, Dahlberg had divided them into two groups. One chanted “guten Morgen” while the other overlaid a melody “guten Tag, guten Abend, gute Nacht.” While passers-by undoubtedly concluded that a German choir was rehearsing at the same facility, these teachers were raising their voices in their new language to create a song of precision and beauty, and they were realizing what they could accomplish in their own classrooms with Chinese.