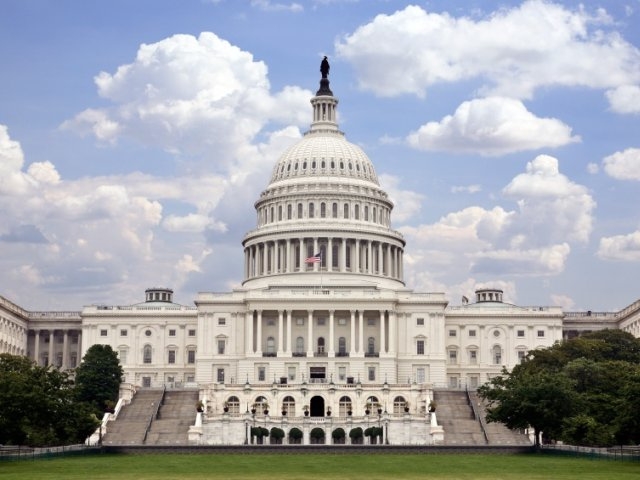 Although Sentator Simon first used those words decades ago in his book The Tongue-Tied American, Holt argues "there still remains a need to reach political consensus that it is in the United States' best interest to value and invest in foreign language education.

Congress has made some important strides.

In 2006, Holt helped authorize the College Cost Reduction Act, and the National Security Education Program. The first includes a provision for college students to receive up to $4,000 per year, up to $16,000 total, tuition assistance grants for those students who commit to teaching a critical language in a high-need area. The second legislation led to doubling funding to more than $30 million per year.

In 2008, as part of the higher Education Reauthorization Bill and the International Education Leadership Act, Rush helped create the position of Deputy Assistant Secretary for International and Foreign Language Education. Andre Lewis currently holds the position.

Holt has worked on several other pieces of legislation that were authorized, but not yet funded. The Loan Forgiveness for Service in Areas of National Need offers government repayment of student loans for language specialists who choose to work as teachers or for the government. The Science and Technology Advanced Foreign Language Grants Programs allow institutions of higher education to receive funding for cohesive training in both sciences and in one or more foreign languages. Holt urges citizens who support these measures to contact their Congressional Representatives.

Congress cannot do it alone.

Holt calls on the U.S. Secretary of Education Arne Duncan to work with the U.S. Departments of State, Defense, and Commerce, as well as the intelligence agencies, to identify and share best practices for meeting critical language needs. He also hopes the Education Secretary will call on the National Center for Education Statistics to collect and analyze data on the numbers and effectiveness of school foreign language programs. Holt hopes to see more research in best practices in foreign language acquisition at the elementary and middle school levels, as well as more incentive study abroad and immersion programs for students.

Holt concluded his remarks by reminding us that young learners master languages quickly and effectively, and that students who have had the benefit of foreign language instruction tend to do well in other academic subjects and on college entrance examinations.

"Our country is 200 years old. As a nation, we're entering middle age," quipped Holt. "Let's hope that it is not too late for us to learn [about the benefits of] foreign languages."

Congressman Rush Holt (D) serves the 12th District of New Jersey, and is an active member of the House Committee for Education and Labor. Rep. Holt has been a long-time champion for language learning.