Language is More Than a Tool

Sophie Anderson, a junior at Western Washington University, spent five weeks in Beijing this summer. She was frustrated to realize how difficult it was to actually find an immersion experience. However, a strong friendship she developed with her language partner changed her perspective about studying in China. Here is her story. 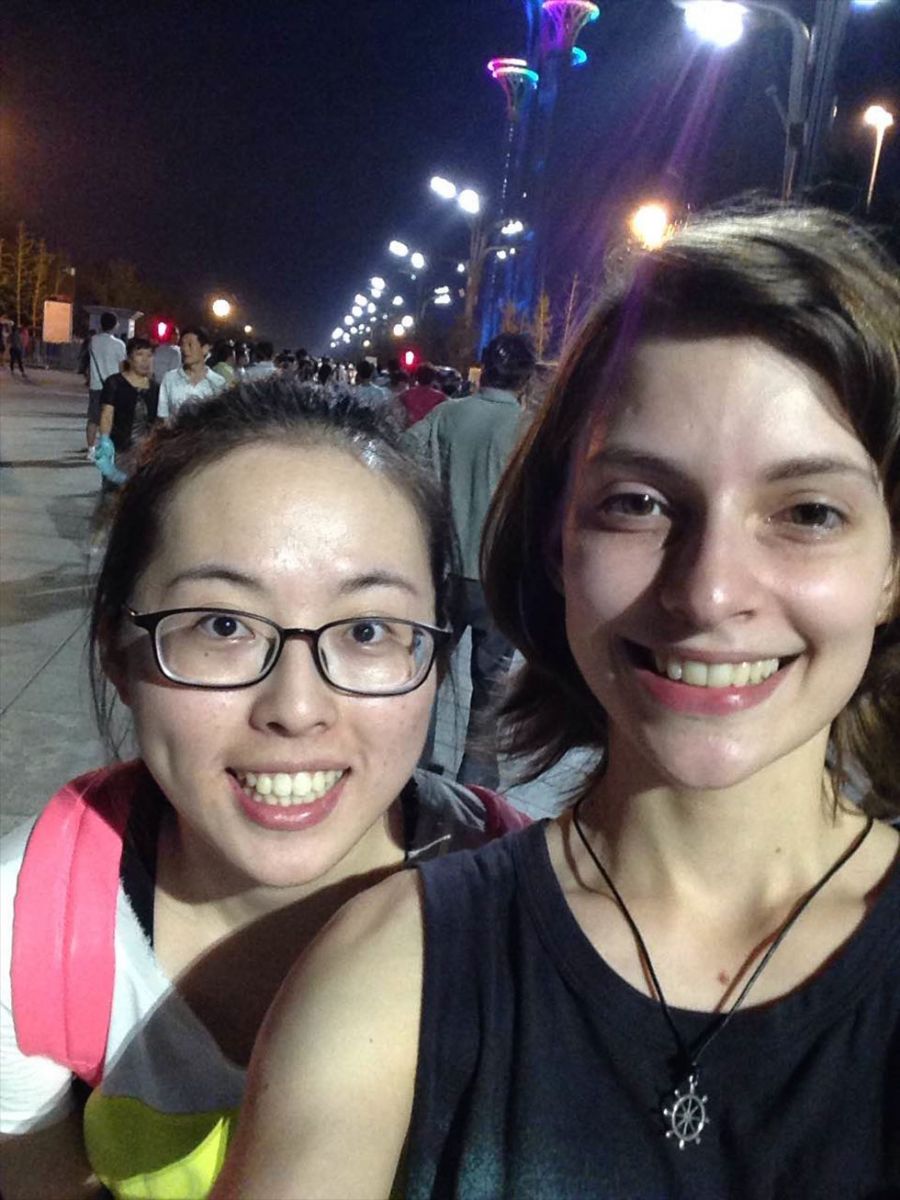 Learning Chinese is not a walk in the park. At times it’s hard to see the light at the end of the tunnel. I sometimes ask myself, “Why am I doing this?” and ultimately, “Is it worth it?”

This past summer, I spent five weeks in Beijing, attending an intensive Chinese course at Beijing Language and Culture University. I felt like a fish out of water, frustrated that despite my efforts, the trip wasn’t giving me the results I wanted. As soon as class ended every day, my group of friends immediately switched to English, so I spoke English with them as well.

It seemed as though every Chinese person or student I met at the university only wanted to use English to communicate with me, relying on it for the sake of convenience and ease of understanding. Sure, I was learning a lot in class, but true immersion was evading me. I craved an environment where the only language spoken was Mandarin. I wanted to think in Chinese, eat Chinese food, meet only Chinese people. Yet, despite being at one of Beijing’s best universities and being surrounded by 11 million Chinese people, I was speaking English, eating Western and Japanese food, and primarily meeting exchange students from other English-speaking countries. My dream of experiencing a dramatic spike in my language abilities seemed like an unrealistic pinnacle too high for me to reach.

Going to China was, unfortunately, turning out to be the biggest hit on my confidence and passion for Chinese yet. In the depths of my frustration, I half-heartedly signed up for a language partner program. As I was scrawling my Chinese name at the bottom of the list, one of the bespectacled female employees behind the registration counter caught my attention and asked if I needed a language partner. Pleased that she was using Mandarin with me, I said yes, and we exchanged Wechats. Later that week we scheduled a time to meet up and formally have a conversation.

Upon meeting we immediately took to one another. Perhaps it was our mutual soft-spoken demeanor; perhaps it was our mutual passion for learning foreign languages. She was patient with my stumbling sentences and my misspoken tones, always willing to try and understand what I was attempting to communicate. Her encouragement prompted me to be more daring with the language. I tried to say things I was unsure of more often.

Furthermore, she was curious. Every time we met she brought out a small notebook filled with English sentences, usually from the book she was reading at the time. We eagerly scrutinized them and discussed the different meanings, connotations, and underlying tones of the English language. She made it as fascinating to me as it was to her. Though our meetings weren’t frequent, they were interesting and rewarding. We became fast friends very quickly, and were both teachers and students to each other.

Leaving was much harder than I thought it would be. We promised each other to Skype, gave each other parting gifts, and bid each other a tearful farewell. Though she didn’t think she’d ever be going to the US, I assured her that I would be coming back to China, and that maybe I could visit her at school, or her family in the south of China.

Firmly holding the Chinese books she had gifted me as a farewell gift, we waved goodbye as the taxi veered away into the crowded city streets. I knew we would both miss those times of mutual learning and sharing, and that we had formed an international friendship that would withstand the test of time and distance. I would always welcome her to my home, and I knew she would always welcome me.

It was then that I realized that while I hadn’t gotten everything that I wanted from the trip, I had earned something much better in this unexpected friendship. Learning a language is not just a tool, it’s a way to connect with people you wouldn’t otherwise be able to communicate with. This is the true reward of learning a language, not the knowledge of the language itself, and of all the things that my language partner taught me, that is what I’m most grateful for.