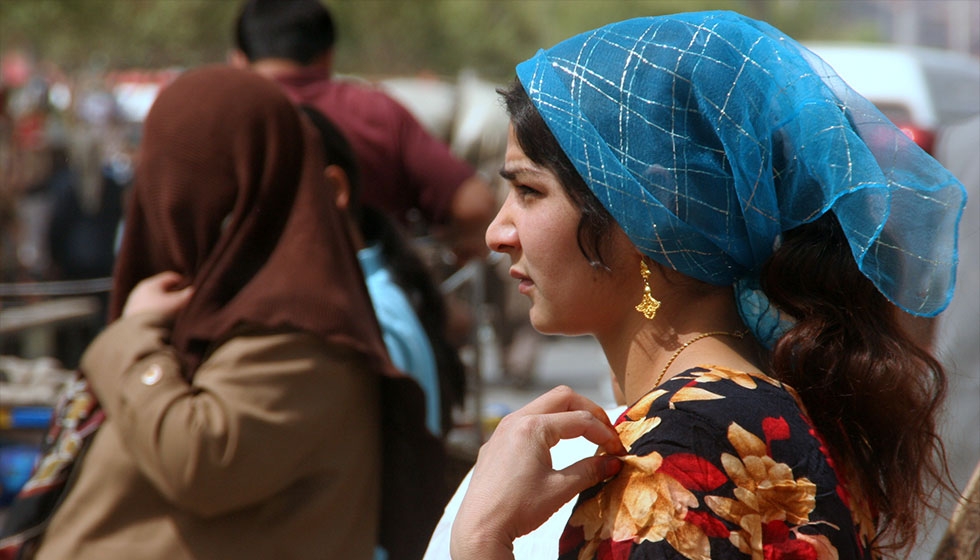 When Dr. Cyndy Ning wrote a grant proposal to go to the Xinjiang Uighur Autonomous Region in western China and film interviews with locals, she was simply following a funding guideline stipulating a focus on Muslims. What resulted from her travels was not only engaging interviews exploring varied perspectives and ethnic diversity in China, but also imaginative ways to adapt authentic materials to all levels of language learning.

Ning, who serves as associate director of the Center for Chinese at the University of Hawai’i, Mānoa, as well as the US director of its Confucius Institute, proposed traveling to China's "Quran Belt" in 2011 to film interviews for use in a series of language lesson plans. She engaged Li Jinzhao, a US-trained specialist in ethnic identity issues at Beijing Foreign Studies University and a native of Xinjiang, to accompany her. A professional videographer rounded out the team.

The team started in Beijing and then flew 4,000 miles west to Kashgar near the border of Pakistan. They then turned eastward, traveling through Linxia in Gansu province and other points along the historical network of trade routes known collectively as the Silk Road, and finally to Yinchuan in the Ningxia Hui Autonomous Region. They stayed in Muslim-owned hotels and hired Muslim tour guides and drivers. Ning and Li asked their guides, drivers, and other locals about the role of Islam in their life, local culture, and identity.

Approximately 1.5 percent of China’s population—20 million people—are Muslim, a designation that covers a range of ethnicities, languages, and customs. The largest group is Hui Muslims, who are ethnically Chinese and speak the dialect of the majority Han in their localities. Also well known are Uighurs, who mostly live in Xinjiang, are ethnically Turkic and speak a Turkic language. There are also a plethora of smaller groups, including Dongxiang, Salar, and others.

Ethnic identity is a sensitive topic in China. However, Ning found many people willing to speak informally on camera. One clip features a young tour guide named Iskender, who lives in Kashgar. He explains that Islam has been a part of his life since he first heard the words of the Imam bestowing his name after his birth. His native language is Uighur, but he began studying Chinese in elementary school.

A third video takes viewers on a tour through a mosque at Yinchuan, which was built jointly by the Chinese and Saudi Arabian governments. A docent points out the beautiful architectural features—patterned tiles, minaret, and dome—and explains their meaning and function. He also introduces common rituals, such as praying five times a day, with times determined by the position of the sun.

After returning to the United States, Ning began developing lessons around the videos, which she intends to distribute either in published form or online. She says that the language in the videos lends itself to differentiated instruction. "Novice-level language instruction doesn’t have to be mind-numbing," reminds Ning, "You can be stimulating [students’] knowledge centers."

For instance, following videos with subtitles, students match terms with English equivalents (Mùsīlín 穆斯林, Yīsīilán 伊斯兰, Ālābó 阿拉伯 for Muslim, Islam, Arabia) and track how many times they hear these words in the video. Spontaneous and authentic speech gives students a chance to glean cultural information and gauge China’s diversity, while also giving them opportunities to follow the cadence of spoken Chinese.

Advanced students can forgo subtitles. After previewing tasks (such as matching Chinese and English vocabulary using cognates), they can identify main ideas and supporting details, such as: "What are the features of a mosque?" or "What are three functions of the dome?"

Teachers may allow Chinese, English, or both depending on students’ proficiency. A variety of applications can emphasize speaking, reading, and writing as students synthesize their learning by making posters or presentations. "If students have to do something to get at the meaning of the vocabulary, they learn it better," maintains Ning, who finds memorizing vocabulary lists ineffective.

In addition, she says real-life stories motivate students. Ning's approach shows that authentic materials are enormously rich and can engage students in a wide world of language and culture.

Other Articles by Heather Clydesdale