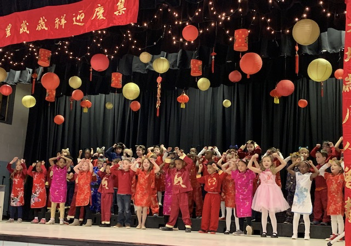 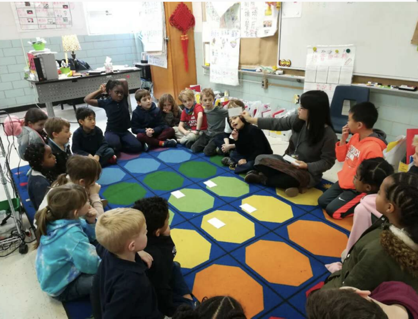 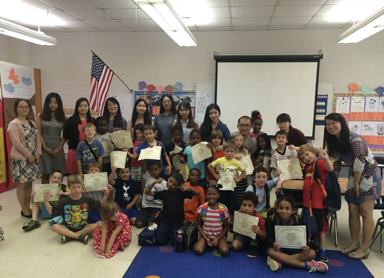 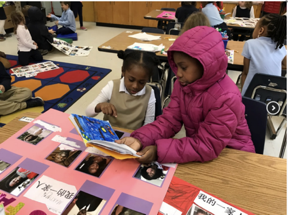 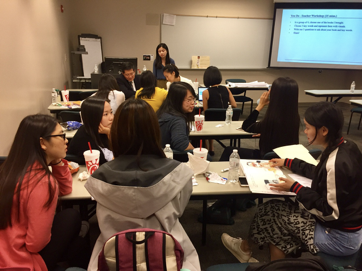 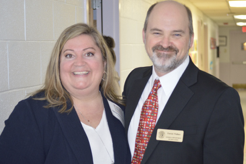 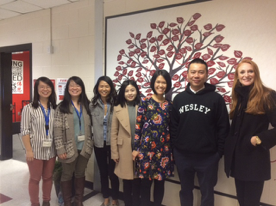 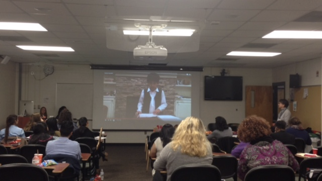 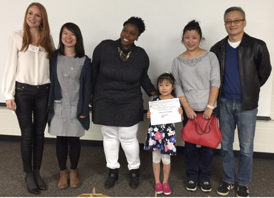 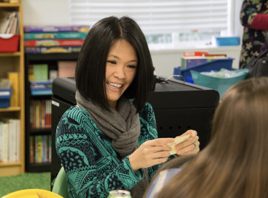 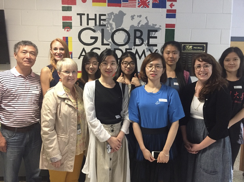 During the 2017–18 school year, 7,107 Georgia Students from 57 districts were enrolled in Chinese language courses. Of those enrolled during the 2017–18 school year, 135 students took courses via virtual school, duel enrollment, or software programs. In 2018, according to College Board statistics, 181 Georgia Students took the AP Chinese Language & Culture exam with a mean score of 4.34. In 2018, 23 students from 6 districts earned the Georgia Seal of Biliteracy in Chinese.

Below are examples of some of the Chinese language programs available in Georgia.

The GLOBE Academy was founded in 2013, opening as a K–3 school and adding one immersion grade per year. The inaugural Kindergarten had Spanish, French, and Mandarin immersion tracks. In 2019, Mandarin immersion education is provided in grades K–5. Immersion students receive content instruction in the target language and in English (grades K–1 follow the half-day model, and grades 2–5 follow the every-other-day model). In 2019–20, GLOBE will open a grade 6 immersion class, whose students will complete grades 9 and 10 Chinese I and II; and a non-immersion grade 6 class, whose students will complete Chinese I for high school credit.

In 2015: Not long after its inception, the GLOBE Academy began to emerge as a leader, having an impact on professional Mandarin immersion teaching and teacher training not only in Georgia, but across the United States. GLOBE students have participated in several competitions throughout the state, winning first place recognition, and GLOBE teachers have participated in professional development with local Mandarin teachers in Georgia and facilitated professional development for teachers in other states.

In 2016: The students of GLOBE Mandarin teacher Ji Shuai competed in in the FLAG Spoken Language Contest for elementary students throughout the state of Georgia. Shuai’s grade 3 students competed against students in grades 4 and 5 in spoken panel interviews, where 100% of GLOBE students received a “Superior Award,” the highest ranking.

GLOBE participated in professional development outreach with other Chinese programs in the United States. Through these efforts, teachers were able to share best practices, curricular resources, and lesson plan ideas over Skype with Union County Public Schools in North Carolina.

GLOBE Academy teacher Vivian Liu was recognized as Chinese Teacher of the Week by Creative Chinese, Weekly Resources for Teaching Chinese Creatively. GLOBE teachers are actively taking the initiative both within and outside the classroom and are engaged in professional development around the state and across the country.

In 2019: GLOBE partnered with the Georgia Department of Education to host DLI (Dual Language Immersion) in a Day. Teachers, professors, administrators, and community members from across Georgia came together to discuss program goals and best practices and to share ideas for moving forward with immersion education in Georgia.

Mandarin is one of the four languages offered at the International Charter School of Atlanta (ICSAtlanta). The school was opened in August, 2015. As a state charter school, ICSAtlanta offers Mandarin immersion education to all students residing in the state of Georgia. ICSAtlanta currently has over 120 students who are learning Mandarin. Among them, 101 students are in Kindergarten through grade 5 classes.

Students are immersed in an authentic Mandarin classroom and participate in many cultural exposures such as Chinese New Year celebrations, Moon Cake festivals, and connecting with students in China. Additionally, K–5 students explore language, culture, and Georgia standards in an inquiry-based setting. ICSAtlanta is an IB Primary Years Program (PYP) Candidate school.

The Chinese language program started in Savannah nearly a decade ago. The first courses were offered at Sol C. Johnson High School as part of the International Baccalaureate (IB) Programme. A Chinese teacher was added at Coastal Middle School (also an IB school) a few years later.

Haven Elementary School is home to a new Chinese Dual Language Immersion program, which began in the 2018–19 school year in Kindergarten. Dual Language Immersion students spend half of their day in Chinese and the other half in English. Their Chinese half day focuses on language, math, and science. Non-DLI students have an opportunity to practice Chinese once per week for 45 minutes.

Chinese programs in the middle grades focus on teaching Connections Chinese, which includes language and culture.

In 2014, the Savannah Chatham Public School System began to expand the program and added more College Board Guest Teachers to more middle schools (Mercer and Southwest). In 2017, SCCPSS completed an agreement with the Confucius Institute at Savannah State University to supply Chinese teachers to Myers and DeRenne Middle Schools. In 2018–19, programs have expanded to include Chinese language at Marshpoint Elementary School, Islands High School, and a new Dual Language Immersion (DLI) program at Haven Elementary School. The System is also adding more teachers in 2019–20 in order to grow the DLI program and begin a new program at the East Broad Pre-K Center.

Two of Savannah’s Chinese teachers have been recognized for their work at the state level. Claire Guo from Mercer was recognized as the Georgia Department of Education World Language Teacher of the Month in 2018, and Shuyu Liu at DeRenne Middle School was awarded the Teacher of Promise Award for 2019 from the Foreign Language Association of Georgia (FLAG).