China All Around | Asia Society Skip to main content 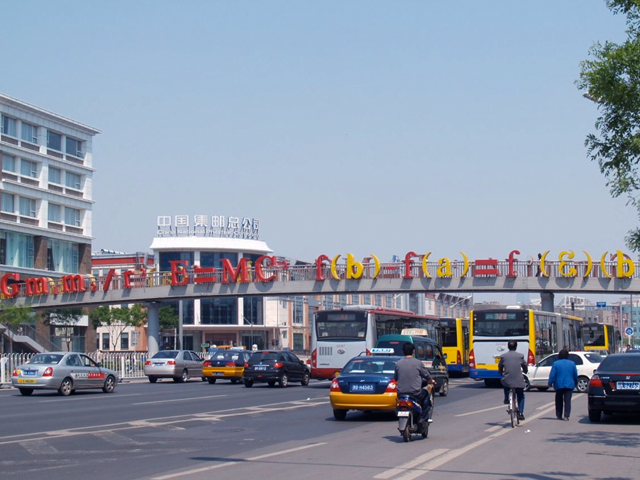 “Chinese language learning thrives best and has the greatest impact in schools when China is mentioned in other subjects as part of the curriculum,” contends Roberta Martin, Director of Asia for Educators at Columbia University. Even if a district does not teach Chinese language until the high school level, Martin and other curriculum developers say that student interest is sparked by introducing China in other subject areas at the elementary level and continuing to weave it into the curriculum through ensuing years.

Martin, along with Clayton Dube, Associate Director of the U.S.–China Institute at the University of Southern California, and Rylan Sekiguchi, a curriculum specialist with the Stanford Program on International and Cross-Cultural Education (SPICE) assists teachers in this effort by producing China-related curricular materials that reach across subjects including social studies, language arts, science, math, arts, and crafts, as well as music and drama.

Martinʼs program is an online resource for K–12 educators with primary source documents and accompanying DBQʼs, lists of literature by grade level, and recommended print, video, and electronic resources. The siteʼs star attractions are its in-depth modules developed by leading scholars for K–12 audiences. Each module includes essays and lessons that explore themes such as “Living in the Chinese Cosmos,” “China and Europe: What is ‘Modern’?,” and “The Mongols in World History,” among others. Integrating maps and primary source visual materials, the modules are available free for teachers, students, and the public at the Asia for Educators website

On the opposite coast of the United States, Rylan Sekiguchi of SPICE endeavors to bridge the gap between what he calls the “ivory tower material” of Stanford University and K–14 audiences. Produced under the advisement of scholars at the Freeman Spogli Institute for International Studies at Stanford University, SPICE produces curricular materials on China and other Asian nations. Thematic units such as “Demystifying the Chinese Language,” which examines China’s writing system, and “The Road to Beijing,” which follows this modern capital’s preparations to host the 2008 Olympic Games, are formatted in print books and are often accompanied by a multimedia CD-ROM. These can be purchased through the SPICE online catalogue

Clayton Dube, meanwhile, focuses on illuminating the ties between the United States and China. “The U.S.–China relationship has many different strands,” says Dube, “and it is the most important bilateral relationship in the world.”

The U.S.–China Institute keeps abreast of breaking developments and trends in the arts, economics, and politics. It publishes an online calendar of China-related performances, screenings, and exhibitions in North America, and also links to videos of lectures, interviews, and conferences. The Institute publishes two student-driven online magazines titled U.S.–China Today, which focuses on news and analysis, and Asia Pacific Arts, which delves into film, visual art, music, stage drama, and gaming. The Institute has also produced numerous short documentaries, including “Election ʼ08 and the Challenge of China,” and “The South China Sea: Troubled Waters,” available at the Instituteʼs YouTube channel

Martin, Sekiguchi, and Dube also strengthen teaching about Asia in social studies, world history, geography, and literature by offering professional development at their respective institutions as part of the National Consortium for Teaching About Asia, of which Martin is a founding co-director