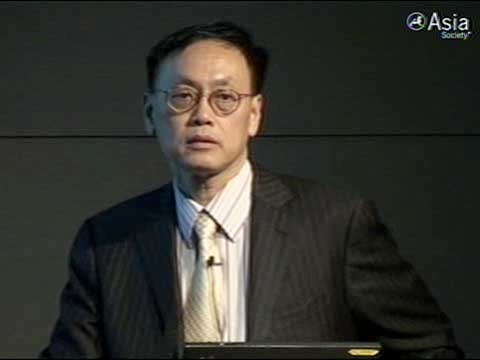 NEW YORK, May 5, 2010 - China has one of the world's largest and most diverse economies and companies seeking to take advantage of its business opportunities must recognize that, said Edward Tse, Booz & Company's Chairman for Greater China.

Tse explained "when you think about a China strategy, you can't have a single China strategy. You have to have [one] which is commensurate with this segmentation."

Addressing a large crowd at Asia Society headquarters in New York, Tse detailed other unique facets of the Chinese economy. Over the past few decades Chinese growth has been driven by two forces: the gradual liberalization of some industries and the expansion of activities by foreign companies along the value chain, especially in Research and Development and product development. Tse's new book, The China Strategy: Harnessing the Power of the World's Fastest-Growing Economy (Basic Books, 2010), explains how companies can use these changes to refashion their China strategy.

Tse pointed out that an entrepreneurial spirit has returned to China after the economic reforms of Deng Xiaoping. "Many of the most successful Chinese companies today are privately owned, and they are led by visionary and ambitious entrepreneurs." In Tse's view, the combination of bottom-up entrepreneurship with a top-down command economy has created a strong force that has driven the Chinese economy in the past, and will continue to do so in the decades ahead.

He added that China now is no longer a fringe market or just a base for sourcing. Rather, global companies will need to consider China as an integrated part of their global strategy.  China has also become a breeding ground for innovation, leading to greater competition both among Chinese firms and with multinational corporations.

Tse concluded his presentation by noting specific sectors within China where he sees the most significant growth potential. The continued growth of the Chinese middle class will lead to an increasing demand for lifestyle products and services. Meanwhile, Chinese companies looking for technologies to facilitate their development offer opportunities for foreign companies that can provide that technology. Finally, Tse acknowledged that China's rapid growth has taken a toll on its environment—so clean tech, waste management, and recycling will all become increasingly important in the future.

Shop AsiaStore for The China Strategy by Edward Tse