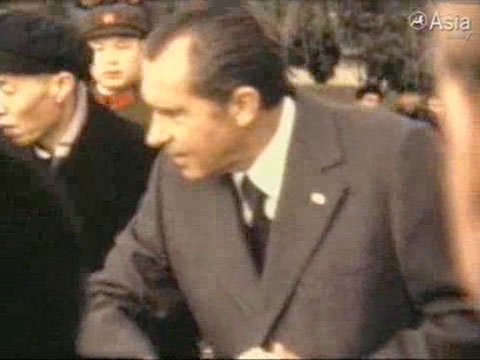 NEW YORK, April 13, 2010 - Ambassador Nicholas Platt guided a full house at Asia Society Headquarters in New York on a romantic adventure through readings and home movies into China's past.

From President Nixon's iconic handshake with Zhou Enlai in 1972, through bicycle diplomacy in Beijing, to Deng Xiaoping's defining moment, Platt, President Emeritus of Asia Society, painted a vivid portrait of past US‑China relations and its promising future.

The event was the official book launch for Platt's, China Boys, which New Yorker writer Evan Osnos introduced as the "latest contribution to the process of understanding China, its relationship with America, and how to make the most of a life of service and adventure." Platt was joined onstage by Rachel DeWoskin—writer, artist, and teacher—whose own history as a "China Babe" in Beijing provided an interesting perspective to the conversation. DeWoskin spoke about how contemporary American youth—and particularly how young artists living in Beijing— have come to view the new China.

Outlining his concerns to Washington and Beijing, Platt expressed his anxiety over America's shortcomings in truly understanding China, and his apprehension over the Chinese Communist Party's capacity to manage the engines of growth and domestic stability, particularly as Beijing continues to exert control without signs of change.

Platt and DeWoskin spoke about and answered sensitive questions underscoring the US-China relationship, including China's image as a global power, the status of Tibet and Taiwan, as well as current trade policy issues.