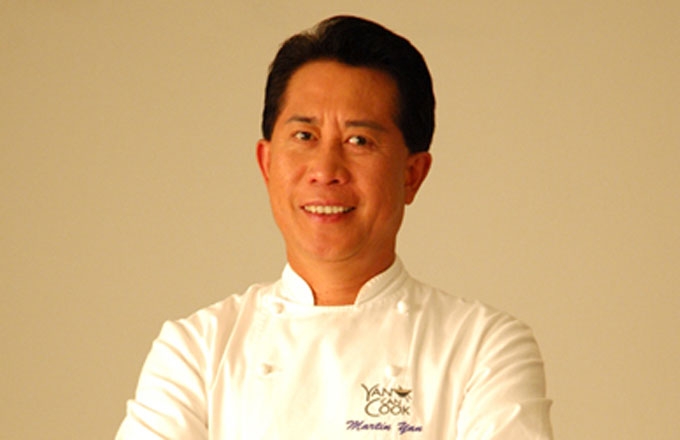 NEW YORK, March 26, 2009 – Although there are some 45,000 Chinese restaurants or eateries in America, and the Chinese restaurant industry has generated over $20 billion in annual sales, Chinese food is still generally stuck in the minds of American diners as a cheap take-out of chow mein, spring rolls and fortune cookies. While Chinese food has reinvented itself many times over in Asia—where the recent economic boom has fueled the food service industry’s amazing growth—its counterpart in the US has not yet achieved the same stature.

In a discussion at the Asia Society with author and New York Times reporter Jennifer 8 Lee, Chef Martin Yan, star of 3,000 cooking shows and author of 30 cookbooks, said there is now a widespread acceptance of Chinese food in the West compared to the 70s, during the early years of his career. In fact, Yan acknowledged that some of the best Chinese food can be found in the bustling Chinatowns of New York, San Francisco and Vancouver. However, there are still other authentic Chinese foods that are yet to become mainstream, such as Yan’s favorite dishes: the elongated donut with soy milk and Chinese rice porridge.

Lee also noted that several chefs, who fled during the Cultural Revolution in China, are returning home to establish eateries. The global movement of innovative chefs is leading to the creation of fusion dishes, such as glazed walnuts with prawns in the U.S. and pizza-like dishes in northwestern China.

Barring the visa-related obstacles faced by talented Chinese chefs migrating to the US, Yan expressed optimism about the future of Chinese food: "it will continue to influence the Western palate," he said.