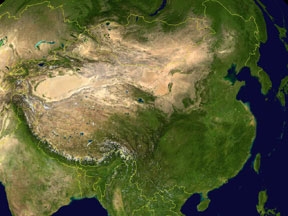 Based in New York, China, and around the world, Center on U.S.-China Relations fellows contribute significant research in the areas of U.S.-China relations, journalism and new media, and the environment. The annual Arthur Ross Fellowship is based at the Asia Society headquarters in New York.

John Delury, Senior Fellow. John Delury is an Associate Professor at Yonsei University Graduate School of International Studies. He was formerly the Associate Director at the Center on U.S.-China Relations, where he served as Director of the China Boom Project and the North Korea Inside Out task force. He has taught Chinese history and politics at Columbia, Brown, and Peking University, and received a PhD in Chinese history at Yale. Twitter: @JohnDelury

Susan Jakes, Senior Fellow. Susan Jakes is an award-winning journalist who has covered contemporary China for the past decade. Currently, she is the Editor of the Center's online magazine, ChinaFile, and a Senior Fellow at the Center on U.S.-China Relations. Jakes joined the Asia Society in 2010 as an Arthur Ross Fellow and oversaw the design, concept development, budget and launch of ChinaFile. In 2000, she moved to Hong Kong to cover China for TIME Magazine. She then served as Time's Correspondent in Beijing from 2002-2007. In 2003 she broke the story of the Chinese government’s cover-up of the SARS outbreak, for which she received the Henry Luce Public Service Award. Twitter: @susanjakes

Susan Meiselas, Senior Fellow. Susan Meiselas joined Magnum Photos in 1976 and is perhaps best known for her photographic coverage of the insurrection in Nicaragua and her documentation of human rights issues in Latin America. Today, Meiselas' work takes her around the globe. Her one-woman exhibitions have been shown in Paris, Amsterdam, Madrid, Los Angeles, London, New York, and Chicago. Her recognitions and awards include: the Robert Capa Gold Medal for “outstanding courage and reporting” by the Overseas Press Club for her work in Nicaragua (1979); the Leica Award for Excellence (1982); the Engelhard Award from the Institute of Contemporary Art (1985); the Maria Moors Cabot Prize from Columbia University for her coverage of Latin America (1994); and the Hasselblad Foundation Photography prize (1994). In 1992, she was named a MacArthur Fellow.

Austin Woerner, ChinaFile Fellow. Austin Woerner is a Chinese-English translator.  He is the translator of Doubled Shadows: Selected Poems of Ouyang Jianghe (Zephyr Press, 2012) and a novel, The Invisible Valley, by the Chinese exile writer Su Wei. His translations have appeared in Poetry, The Kenyon Review Online, Zoland Poetry, and Asymptote. He is a graduate of Yale University and is currently pursuing an MFA in creative writing at the New School.

David Breashears, Senior Fellow. Since 1979, Breashears has combined his skills in mountaineering and photography to become an acclaimed adventure filmmaker, leading over forty expeditions to the Himalayan region and working on dozens of documentary film projects. David Breashears founded GlacierWorks in 2007. A four-time Emmy award winner, Breashears has directed and produced numerous films on the Himalayan region including the IMAX feature, Everest. He served as Project Leader for the Asia Society's Glacial Research Imaging Project and collaborated on Asia Society museum exhibit Rivers of Ice, Vanishing Glaciers of the Greater Himalaya and documentary photography exhibition Coal + Ice. Twitter: @davidbreashears

Josh Chin, Multimedia Fellow. Josh Chin is the Editor of the Wall Street Journal China blog, China Real Time Report. He also covers Chinese social media, law, and the environment for the Wall Street Journal and WSJ.com. He has reported on North Korean refugees in Manchuria, strip mining in southern India and a variety of other topics for publications in both the United States and Asia. Twitter: @joshchin

Harry Harding, Senior Fellow. Harry Harding is a specialist on Asia and U.S.-Asian relations. He is the Founding Dean of the University of Virginia's Frank Batten Sr. School of Leadership and Public Policy, and had previously served as Dean of the George Washington University Elliott School of International Affairs. In addition to several edited volumes, his major publications include Organizing China: The Problem of Bureaucracy, 1949-1966; China’s Second Revolution: Reform after Mao; and A Fragile Relationship: the United States and China since 1972.

Isaac Stone Fish, Senior Fellow. Isaac Stone Fish is a journalist, a Washington Post Global Opinions contributing columnist, and a visiting fellow at the German Marshall Fund. Previously he served as Foreign Policy Magazine's Asia Editor where he managed coverage of the region and wrote about the politics, economics, and international affairs of China, Japan, and North Korea. A fluent Mandarin speaker and formerly a Beijing correspondent for Newsweek, Stone Fish spent seven years living in China prior to joining Foreign Policy. Twitter: @isaacstonefish

Isabel Hilton, Fellow. Isabel Hilton is a London-based international journalist and broadcaster. She has worked for The Sunday Times, The Independent, and The New Yorker. She is the author and co-author of several books and is Founder and Editor of chinadialogue, a non-profit, fully bilingual online publication that focuses on the environment and climate change. She is a columnist for The Guardian and her work has appeared in The Financial Times, The New York Times, The Los Angeles Times, Granta, The New Statesman, among others. Twitter:@isabelhilton

Filip Noubel, Fellow. Filip Noubel has 18 years of expertise in media and media development, and for the past 3 years, conceptual design of web 2.0 platforms for online media, civil society and knowledge sharing, with a focus on Asia. He is Executive Director at ICCD/Internews, Co-founder and co-editor at Yi Yi Art of Translation, and Co-founder of BeijingAwareness.

Ouyang Bin, Arthur Ross Fellow. Ouyang Bin is Assistant Director of the Center on U.S.-China Relations and Associate Editor of ChinaFile. He received his M.A. in Regional Studies-East Asia from Harvard University and was a Harvard-Yenching Fellow from 2010-2012. Prior to joining Asia Society, Ouyang worked as a journalist in China. He served as a Senior Reporter at Phoenix Weekly, Senior Editor at Newsweek Select, International Editor at Caijing magazine, and Senior Editor with Caixin Media.

Emily Parker, Arthur Ross Fellow.  Emily Parker is a Future Tense Fellow at the New America Foundation and the author of Now I Know Who My Comrades Are: Voices From the Internet Underground (2014). Previously, she was a member of Secretary Clinton’s Policy Planning staff at the U.S. Department of State.  As a journalist, she has covered Japan and China for both The Wall Street Journal and The New York Times. Ms. Parker's work can be found at emilyparkerwrites.com. Twitter: @emilydparker

Susan Shirk, Arthur Ross Fellow. Susan Shirk is the chair of the 21st Century China Program and Ho Miu Lam Professor of China and Pacific Relations at the School of International Relations and Pacific Studies (IR/PS) at UC San Diego. Shirk first traveled to China in 1971 and has been doing research there ever since. During 1997-2000, Shirk served as Deputy Assistant Secretary of State in the Bureau of East Asia and Pacific Affairs, with responsibility for China, Taiwan, Hong Kong and Mongolia. A leading scholar of U.S.-Asia relations, Professor Shirk was the inaugural Arthur Ross Fellow at the Center.

Andrew Smeall, Fellow. Andrew Smeall is Head of Content Development at Hindawi Publishing. He received his MBA at the NYU Stern School of Business, and was previously a Program Officer at the Center on U.S.-China Relations.

Ariane Wu, Multimedia Fellow. Ariane Wu is Series Producer, Multimedia for The Center for Investigative Reporting. She was previously a Fulbright scholar based in Beijing. Ariane holds bachelor’s degrees in film studies and political science from UC Berkeley. Twitter: @flyingzukini