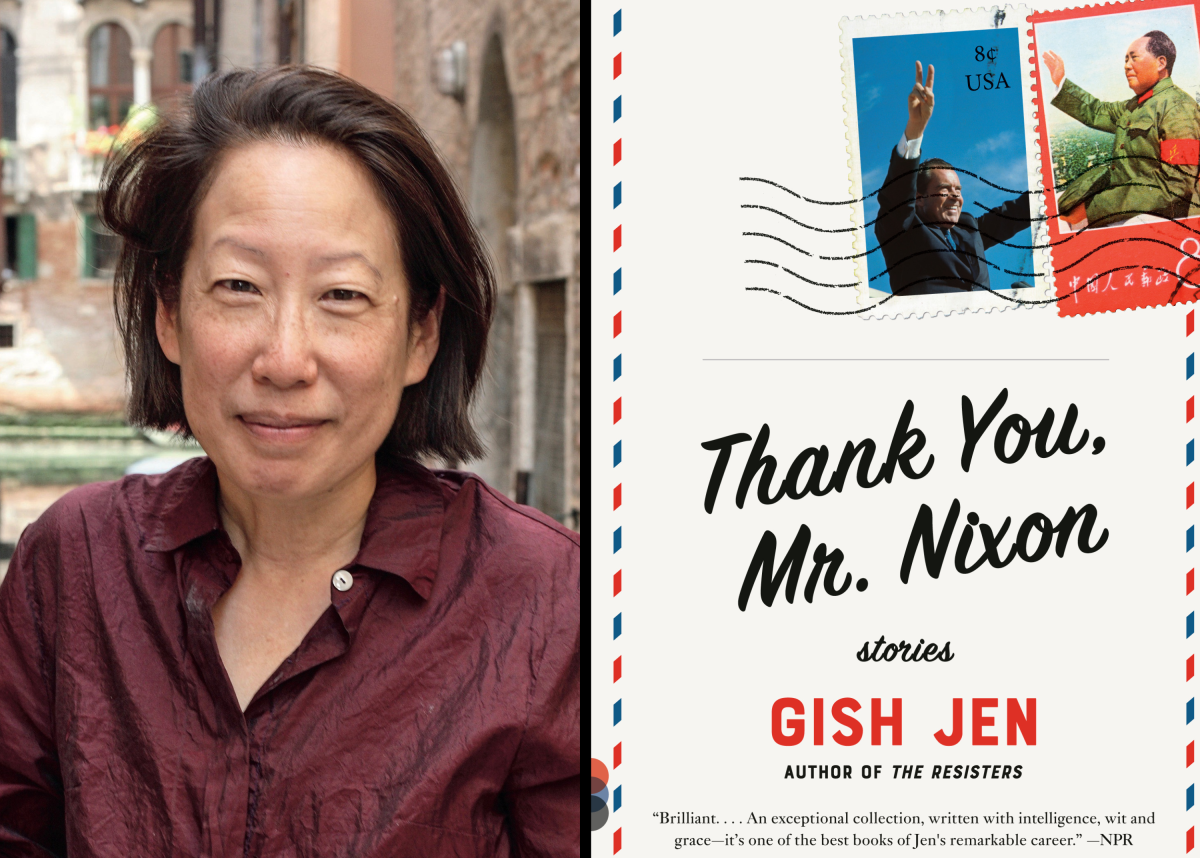 Acclaimed author Gish Jen opens her short story collection Thank You, Mr. Nixon with a letter from a Chinese girl in heaven to Mr. Nixon in hell, recalling what a difference, during Nixon’s visit to China, the burst of color in First Lady Pat Nixon’s red coat made in the lives of Chinese people emerging from the Cultural Revolution. The stories – witty, incisive, and informed by Gish Jen’s own experience in China over decades – take a measure of how that opening led to a new era of closer U.S.-China relations, with new opportunities, new encounters, and unexpected effects on the lives of the ordinary people soon to experience the exhilarating rise of China’s economy and place in the world. Joining Gish Jen in conversation about how she delves into such varied experiences in her writing is Mary Kay Magistad, associate director of Asia Society’s Center on U.S.-China Relations and a former Beijing-based China correspondent for NPR and for PRX’s The World.

Gish Jen is the author of one previous book of stories, five novels, and two works of nonfiction. Her honors include fellowships from the Guggenheim Foundation, the Radcliffe Institute for Advanced Study, and the Fulbright Foundation, as well as the Lannan Literary Award for Fiction and the Mildred and Harold Strauss Living Award from the American Academy of Arts and Letters. Her stories have been chosen for The Best American Short Stories five times, including The Best American Short Stories of the Century; she has also delivered the William E. Massey, Sr., Lectures in American Studies at Harvard University. She and her husband split their time between Cambridge, Massachusetts, and Vermont.

Mary Kay Magistad is the Associate Director of the Asia Society Center on U.S.-China Relations. She is an award-winning journalist who lived and reported in East Asia for more than two decades, including in China for NPR (1995-99) and PRX’s The World (2003-13). She has taught international reporting at the University of California at Berkeley’s Graduate School of Journalism, where she also led the audio journalism department. She is the recipient of numerous awards, including the Dupont-Columbia Silver Baton award, an Overseas Press Club award, and awards from Sigma Delta Chi/Society of Professional Journalists and the Scripps-Howard Foundation. She has an M.A. from the University of Sussex (UK) in international relations and a B.A. from Northwestern University in journalism and history.