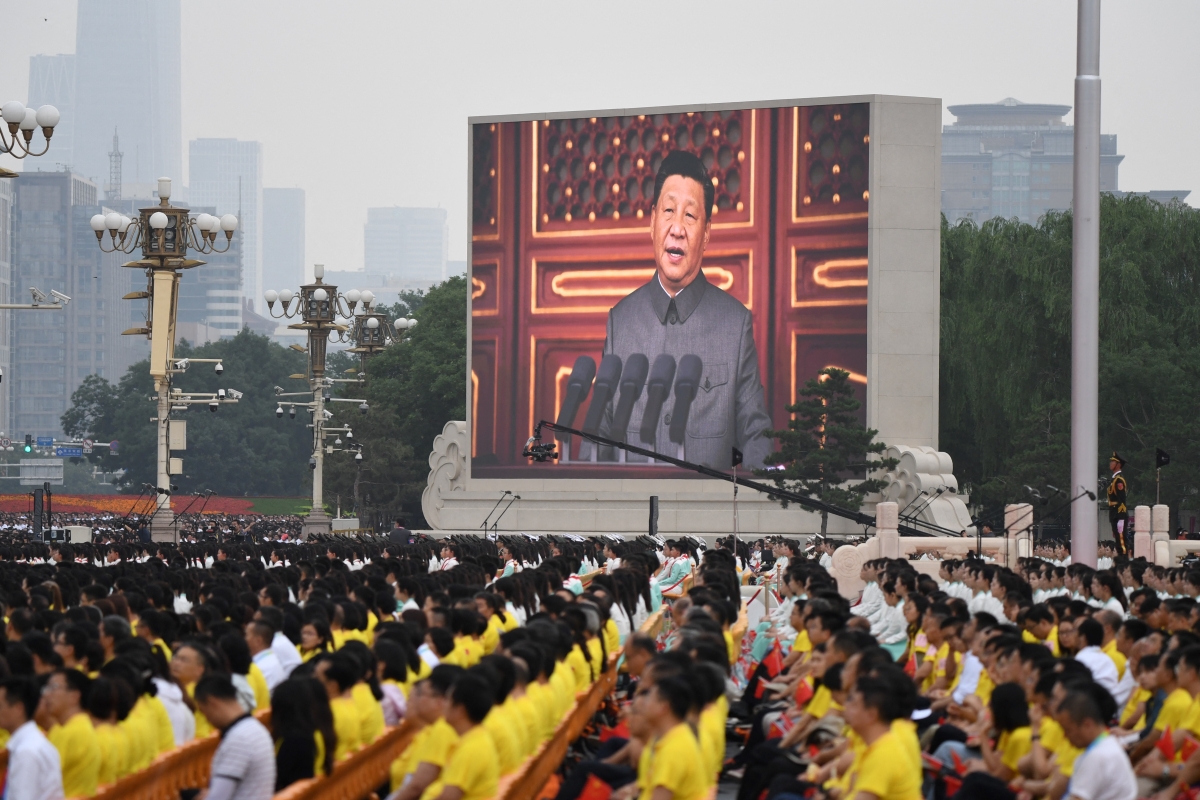 Chinese President Xi Jinping (on screen) delivers a speech during the celebrations of the 100th anniversary of the founding of the Communist Party of China at Tiananmen Square in Beijing on July 1, 2021. (Photo by WANG ZHAO/AFP via Getty Images)

China is in a greater state of flux in its domestic politics and foreign policy than in any time since the reform era began. China’s domestic and foreign policies have become more autocratic at home and confrontational abroad, with more changes coming. The resulting challenges to the United States and the world posed by China are numerous and rapidly evolving. In response, America and other countries will need to keep revising their strategies toward China.

In a new report, “China’s New Direction: Challenges and Opportunities for U.S. Policy,” leading U.S. experts on China weigh in with insights on major changes in China and recommendations for U.S. policy going forward.

“The defining challenge facing the U.S., its allies and its partners is understanding how China under Xi Jinping is evolving in the face of changing domestic needs and external pressures,” the report says. “Accordingly, a major policy risk is that the U.S. will misread or misinterpret what is happening in China and will either overestimate or underestimate the threat China now poses.”

To avoid missteps that could “be disastrous, and could even lead to war,” the report’s eight memos on key issues, such as China’s domestic politics, military, and economy, help readers understand China’s ground realities and international goals, and how the U.S. might best respond. Each memo reflects the authors’ own views, providing a range of perspectives from U.S. China experts.

Among key insights are:

This new report comes out at as the Biden Administration recalibrates U.S. international priorities, after withdrawing troops from Afghanistan. President Biden has noted the need to “shore up America’s competitiveness” in the face of “serious competition” with China.

China’s New Direction: Challenges and Opportunities for U.S. Policy is the third report of the Task Force on U.S.-China Policy, since it formed in 2015.  It follows U.S. Policy Toward China (2017) and Course Correction (2019). The Task Force has also produced several issue-specific studies, including on Chinese malign influence activities, China as a transatlantic challenge, and science and technology competition.

Contributors to this report include most members of the Task Force on U.S.-China Policy, which was created by the Asia Society Center on U.S.-China Relations and the 21st Century China Center at the UC San Diego’s School of Global Policy and Strategy. Also contributing is Peter Cowhey, Dean Emeritus and Qualcomm Chair Emeritus in Communications and Technology Policy, School of Global Policy and Strategy, UC San Diego. While he is not a member of the Task Force, he chaired the 21st Century China Center’s Working Group on Science and Technology in U.S.-China Relations.

Thomas J. Christensen, Director of the China and the World Program, Columbia University

Robert Daly, Director of the Kissinger Institute on China and the United States, Woodrow Wilson Center

Elizabeth C. Economy, Senior Fellow at the Hoover Institution at Stanford University and a Senior Fellow for China studies at the Council on Foreign Relations