'Catfish in Black Sauce' - An Interview with Chi Muoi Lo 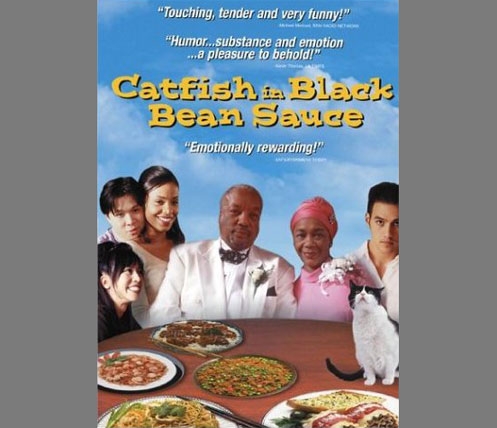 Chi Muoi Lo is the writer, director, producer, and star of Catfish in Black Bean Sauce, a new dramatic comedy about two Vietnamese orphans who are adopted by an African American couple and reunited with their birth mother after 20 years of separation. Featuring critically acclaimed actors Paul Winfield (Sounder, Presumed Innocent) and Lauren Tom (The Joy Luck Club), the film deals with issues of assimilation, adoption, and cross-cultural relationships. Catfish in Black Bean Sauce has also received a great deal of praise and was the recipient of both the Best Screenplay Award at the Newport Beach Film Festival, and the Grand Jury Award at the 1999 Florida Film Festival.

Chi Muoi Lo was born in Phan Rang, Vietnam and fled to the United States as a refugee when he was six years old. After a stay in a refugee camp, Chi and his 12 brothers and sisters moved to Philadelphia, where Chi began to act in school plays. He continued to study acting, eventually accepting a scholarship at San Francisco's American Conservatory Theatre. Most commonly known as the co-star of the sci-fi thriller The Relic, Chi's acting credits also include the film Buffy: the Vampire Slayer, the mini-series Vanishing Son, and the television shows NYPD Blue, and Law & Order. Asia Society caught up with the Los Angeles-based actor via phone.

How much of the story of Catfish in Black Bean Sauce is based on your own life story?

It's not my story, but it has similarity in the sense that my family and I are Vietnamese refugees and when we arrived in America, for some reason, the American government located us in West Philadelphia. West Philadelphia, as you know, is predominantly African American, and I grew up with African American friends, girlfriends, and surrogate mothers. So I combined these two stories together and I came up with Catfish.

How do the two cultures—Vietnamese and African American-- interact both in the film and in your life? Your character in the film easily goes back and forth between these two cultures. Is that based on your own experiences?

Oh, sure. When you grow up in a predominantly African American environment, when all of your friends are African American and you want to be part of the group as well, you start picking up things and you start being part of that culture. But then an identity crisis happens sooner or later. My identity crisis happened when I went to college. Then I started to acknowledge my culture and who I am and all of that and eventually, you start trying to find yourself in your own culture. Then it become very easy when you go back to being surrounded by African American culture then you can relate very easily. So that kind of combination. That's one thing that I found very interesting when I decided to play this role. When I wrote the film, it had more ebonics in it, but when I started to play the role as an actor, I realized it wouldn't work; it wasn't realistic because anyone who is 26 years old and if you do have those issues and you do speak a certain way, you do make a point to change your way of speaking with different people. It depends on who you're more comfortable with and what surroundings bring you back to your origins.

I thought the character of Mai (Lauren Tom) was really interesting because she is the older sister and was older when she came to the United States and wasn't as assimilated as your character [Dwayne] was. Do you think it is a common thing that age differences between siblings make for different degrees of assimilation?

Definitely, but it's interesting too that it's night and day between Dwayne and Mai but the minute you bring someone who just came over from Vietnam, then you can see that Mai is actually very Americanized, but you would never recognize that if you compare her only to Dwayne. And that's very common. I see that all the time. With someone who has just come from Vietnam, there's a whole different status thing and a whole different way of behavior compared to someone who came over when they were older or who has been here ten or twenty years. You look at Dwayne to Mai to Thanh [the mother in the film], that's three different generations and three different ways of behavior.

Can you explain the title of the film?

I have to be honest; I chose the title as a producer, more than anything. I went to eat and I ordered the catfish in black bean sauce and for whatever reason, I thought it was interesting and I made a joke out of it. And I came back to work and I told my assistant that I had come up with the title and the title is going to be Catfish in Black Bean Sauce, and as I was laughing telling him this, he thought, "Oh, wow, that's brilliant! I see it! I see what you mean!" and I thought, "Wait a minute," and I told the title to a few colleagues of mine and a lot of people starting thinking in their own way about it and asking, "What the hell is that?" So the title makes it a conversation piece, so I kept that title. It is a Chinese dish, but you can interpret it anyway you like.

You wrote, produced, and directed this film. What was it like having so much control over the final project?

It was great and then not really great. I learned that ultimate power is not necessarily a good thing. You have to learn how to have somebody give you structure. I believe in final cuts; I believe in someone overseeing you. You have to have someone to answer to. Once I discovered that, I put myself into restrictions and forced myself to answer to my audience and to myself. Literally, when the film was over two hours, I said no. If you are going to go over an hour and forty minutes, whatever is over has to be wonderful to keep people there. So I shrunk it down to one hour and forty-seven minutes. So the seven minutes that are left I thought they were worth watching. So that's what I learned; that it's not a bad thing to have someone to answer to.

How did you finance the film?

Two investors and I actually had to go to my brothers and ask them to help out in order for me to make this movie because it was very hard for me to get this movie made. None of the studios wanted to do a movie like this.

There are so few roles for Asian Americans.

Definitely. You find that anyone of us who had made it or who got some wonderful roles have a hard time finding a second role to back it up to maintain our careers out there from Jason Scott Lee to John Lone to Russell Wong. Even I got a wonderful role in Vanishing Son, but we have a hard time. In a strange way, people have to produce their own things to fulfill their creativity or to continue their artistry.

Do you think this is changing? Do you think we will see more and more roles for Asian Americans?

A little bit, but not much. What you are seeing is that the studios are importing international stars like Jet Li and Chow Yun Fat. I am very thrilled about Chow Yun Fat, but I'm a bit worried about Jet Li and Jackie Chan. As much as we're fans and it's great they are out there, we don't want them to be the only voice because then it's just martial arts. We're still stuck back in the '70s, where we're associated only with martial arts. We can go beyond that. I would love to get Asian Americans aware that we need to go out and support these projects. If we don't, you're going to have this perpetuation of the cycle of studios saying that they can't sell, that no one is interested in these stories. And then they just import these international stars that really have nothing to do with Asian Americans. They produce the things that they think sell, which is martial arts.

What advice would you give other young Asian Americans just starting out. Is it true that you were the only Asian American in your acting school?

I was the only one. I took acting very seriously at a very young age. I went to all these expensive schools and I was the only one there. If you do go to these schools, do speak up and demand that they teach you as Asian actors, not as Caucasian actors. This means that when the time comes to learn about dialects, do not follow the system where they teach you Irish dialect and Cockney dialect because you will never use them. We spent three to six months on these accents. Spend that chunk of time to learn the Chinese accent, the Japanese accent, the Vietnamese accent, because those kind of roles you will have to play and there is such a big difference in those accents. And beyond that, I think that [Asian American actors] really do need to go to school [for acting]. Do not fall into the trap of "I got a job and I didn't have to go to school," because it happens all the time. Hollywood in general does not respect actors and when it comes to Asian actors, they don't respect them at all. So they cast unknowns… and suddenly this Joe Schmoe thinks he can make it without learning the craft, but you can't. First you have a hard time getting work because you're Asian but on top of that you don't know your craft, it's even worse, so schooling and training is important. It's a good foundation to help you survive when you don't get jobs, in your down time. The down time could be very painful for people and your confidence and your belief in yourself could go down the drain if you don't have a foundation in school to say, "I am good. I did accomplish this."

Who is your target audience for Catfish in Black Bean Sauce? Why should Asian Americans see this film?