Can the Profit Motive Improve Microfinance? 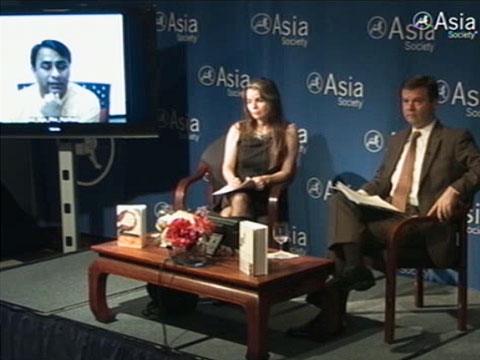 NEW YORK, October 25, 2010 - The recent initial public offering (IPO) of SKS Microfinance, India's largest microfinance institution, for over $350 million dollars has sparked considerable debate within the microfinance industry about how much of a role, if any, profit should play in microfinance institutions. Speaking via satellite from India, Vikram Akula, founder of SKS Microfinance, debated this question at the Asia Society's headquarters with Alex Counts, president of the Grameen Foundation. Niki Armacost, managing director and co-founder of Arc Finance, moderated the Oxford-style debate.

Akula began by articulating what he sees as the microfinance industry's fundamental flaw today: "Microfinance hasn't scaled large numbers." He cited the statistic that three billion people in the world live on less than two dollars a day, yet "only twenty percent of the [world's] poor households" have been reached through microfinance. To address this pressing need, Akula argued, the only approach is for microfinance institutions to become for-profit businesses so that they can gain access to large amounts of much-needed commercial capital.

Highlighting the effectiveness of his company's strategy, Akula stated, "In twelve years, we've reached 7.5 million clients," with most coming in the last few years when SKS switched from a non-profit to a for-profit, whereas "the Grameen Bank today reaches 8 million clients, but it took the Grameen bank thirty-five years to do that."

Taking the opposite point of view, Counts expressed his concern that SKS has become an organization whose main metric of success is profit, for its managers and shareholders, rather than focusing on whether people are overcoming poverty. In contrast to SKS Microfinance, he held up the example of the Grameen Bank, which not only gives microfinance loans to the poor, but uses its profits "to go to student loans for the client's children, go to a beggars program for the ultra-poor, and go to dividends to its owners, the poor women who borrow from it."

In addition, Counts argued that SKS, because it lacks clear social metrics and limits on profitability, hasn't done enough to inoculate itself from the political backlash felt by microfinance institutions on account of their high, and often controversial, interest rates. He added that opposing politicians have already and could again stall loans to the poor, reversing the progress microfinance institutions have made in India.

The speakers' differences of opinions were further highlighted in the Q&A session. Asked what the profit motive does for innovation within microfinance, Akula answered that SKS has adopted a couple of innovative models that create mutually beneficial effects, such as using advertising revenue from the pamphlets SKS distributes to its customers in order to reduce interest rates.

Responding to the same question, Counts pointed out that "if profit is the sole source of innovation, we will see innovation around products that will be highly profitable—which are not always the products that have the biggest poverty impact."

At the end of the debate, Armacost polled the audience on whether the path that SKS has undertaken represents the ideal model for microfinance institutions. Showing the complexity of the issue at hand, the room was split, with many in the audience remaining undecided.