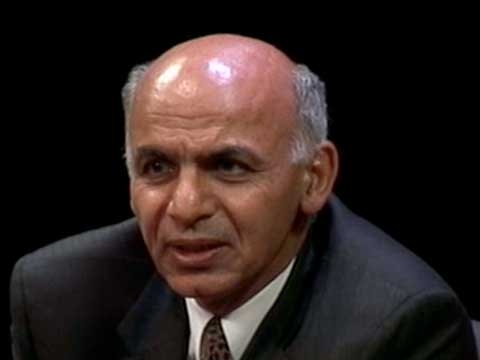 NEW YORK, December 8, 2009 - President Barack Obama's Afghan strategy, which includes the deployment of 30,000 more troops to Afghanistan over the next six months, will not succeed unless the issues of corruption in Afghanistan and the legitimacy of the Afghan government are addressed, according to experts.

"For the Obama strategy to succeed, you need a credible, local partner," said Peter Galbraith, former Deputy Special Representative of the Secretary-General of the United Nations to Afghanistan, at a discussion at the Asia Society. "You need a government that can provide public services, honest administration, and win the confidence of the people. That doesn't exist."

He stressed that the American goal of "disrupting, dismantling and defeating Al Qaeda" is not achievable in Afghanistan without having the Afghan goal of a peaceful, stable country.

According to Amin Tarzi, director of Middle East Studies at the Marine Corps University, the issue of legitimacy of the Afghan government needs to be addressed to combat corruption. "The majority of Afghans... do not believe in the structure of their government, they do not believe that the system in place will last," he said.

For the Afghan government to gain legitiimacy, Tarzi said they need demonstrative action against corruption, such as prosecuting "big fish" or people who Afghans consider "untouchable."

The panel, which also included moderator and Asia Society Executive Vice President Jamie Metzl and 2009 Afghan Presidential candidate Ashraf Ghani, also pointed out that the Afghan strategy cannot succeed without the support of Pakistan. "Afghanistan and Pakistan are part of the same problem," said Galbraith.

As part of Obama's strategy, the new troops are expected to tackle the Taliban in the volatile southern and eastern parts of Afghanistan. According to Ghani, however, use of force is necessary but not sufficient. "You can soften [the Taliban] by force but you cannot bring them in unless a just order is created," he said.

Although the panel stressed that the issues of Afghan corruption, Pakistan, and the Taliban are three difficult challenges that Obama's strategy faces in Afghanistan, it pointed out signs of hope. "The Taliban is weak," said Galbraith. "It's limited to the Pashtun part of the country... and in the Pashtun community, people don't support it, they simply don't support the government." Galbraith further explained that in Afghanistan, there is no hostility toward foreign military presence that exists in Arab Iraq. "There is a scope for partnership," he said.

Do you think President Obama's new strategy can succeed? Join the discussion below.