Breaking Down Boundaries Through Literature and Song 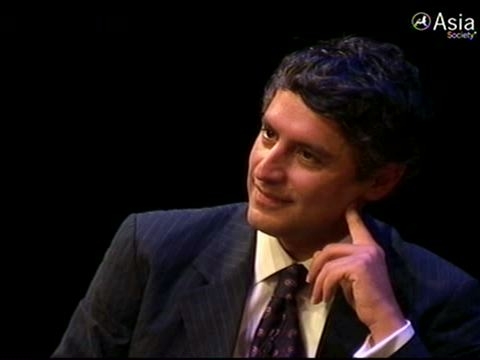 NEW YORK, November 18, 2010 - The arts­—literature, music, and film—have the power to change people's perceptions of other cultures, according to Reza Aslan, editor of Tablet and Pen, a new anthology of literature from the modern Middle East.

Over the course of an evening of music and poetry at Asia Society New York on Thursday, Aslan discussed the motivation behind the anthology, in which he has collected poems, essays, and short stories written over the last century in Arabic, Urdu, Persian, and Turkish. He also welcomed musicians and performers to the stage to sing and read poetry from the book, both in English and in the original language, allowing the audience to experience the cadence of the original verse as well as the translation.

Aslan explained that he wanted to produce the anthology because he believed in the power of literature to counteract what he described as "an unprecedented hysteria" against Muslims heard in some current political rhetoric in the United States.

"The arts provide a universal language that breaks down the walls and allows us to peer through the barriers that separate us as different ethnicities, different nationalities, different religions," said Aslan.

He argued that "data and information" alone would not change the minds of the people behind the Park 51 Islamic Center controversy, the unprovoked ban on Sharia law in Oklahoma, or the 45 percent of Americans who responded to a survey saying that they believed Islamic values are antithetical to American values.

Speaking with Christopher Merrill, director of the University of Iowa International Writing Program, Aslan expressed his hope that besides introducing the literature of the region, the anthology would help illuminate history as well. He explained that unlike a traditional anthology, which one reads in bits and pieces, this anthology has been crafted so that the story of the emergence of the modern Middle East unfolds throughout the works.

"There is a master narrative that's being told here, about the use of literature to form identity and to push back against the West," said Aslan, describing the progression through the works from nascent nationalism the attempt at "borderless writing" of contemporary writers.

Aslan features one such contemporary Iranian writer, Alireza Behnam, whose poetry he fortuitiously encountered on the Internet. Except for online, Behnam's poetry is largely unpublished, even in Iran.

"The Internet is becoming the new Tower of Babel," Aslan remarked, "the borders and boundaries that separate us just don't apply anymore."

Tablet and Pen closes with this verse from Behnam, "ask me about the future, I'll reply in Babylonian." Aslan explained that this verse refers to Behnam's sense that history in post-Revolution Iran is a series of repetitions—the future has already happened, and the past will be again. In selecting these as the final words, however, Aslan hopes his readers will look back, not in order to revert to the past, but in order to move forward.