Woodroofe: Clinton, Not Ban, Should Be Next UN Chief | Asia Society Skip to main content

Woodroofe: Clinton, Not Ban, Should Be Next UN Chief 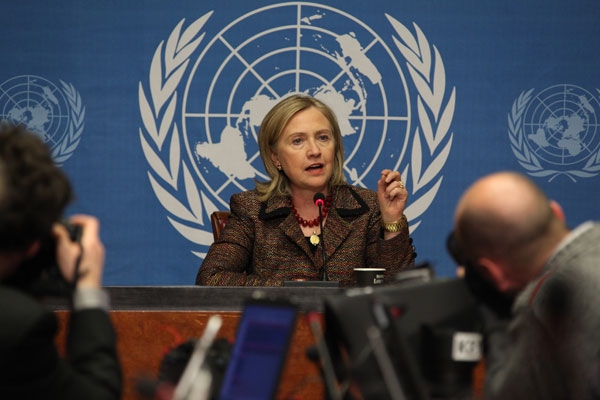 The United Nations Security Council recently approved Ban Ki-moon for a second five-year term as U.N. Secretary General. But, according to Asia Society Associate Fellow Thom Woodroofe in an Australian Broadcasting Corporation opinion piece, this was the wrong decision. His choice? United States Secretary of State Hillary Clinton — given what Woodroofe describes as Ban's weak leadership and "distinctively bland style of quiet diplomacy."

Woodroofe says the United States erred by not nominating Clinton for the role:

To many, Ban's fate as one of the worst secretary-generals in history was sealed last year when he failed to congratulate Nobel Peace Prize laureate Liu Xiaobo or call for his release from jail, including during a meeting with Chinese president Hu Jintao.

In contrast, Hillary has surprised many since losing the Democratic presidential nomination working hard to recast herself as a team player and has quickly developed a reputation as the most artful diplomat in recent history.

Not since Henry Kissinger has the United States had such a powerful and prominent voice on the world stage. Against a team sheet of Condoleezza Rice, Colin Powell, Madeleine Albright and James Baker this says a lot.

Read "Why Hillary should have been the next UN chief" in its entirety on ABC.net.au.