Will the Next 'Education President' Please Stand Up? | Asia Society Skip to main content

Will the Next 'Education President' Please Stand Up? 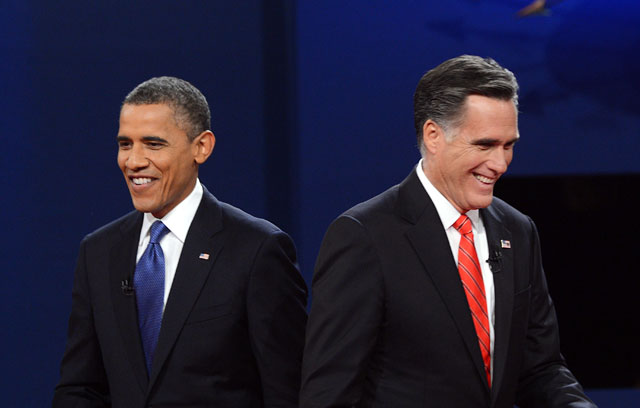 Issues ranging from the economy to increasing international tensions dominate the headlines and election dialogue. Education has been reserved for discussion for "another day," that was until both presidential candidates participated in NBC's recent Education Nation Summit and then again referenced education several times in last night's presidential debate.

In an age where American students will need to work alongside and compete with graduates from across the globe, a focus on improving the educational experience for all students must be core to the national debate. Far too many American students receive less than sufficient education and do not perform as well as their peers in other nations. Both candidates made two key pledges: 1) education is essential to America's future (especially the economy); and 2) they would not cut education spending. While both are heartwarming to hear, they are loose promises, without a plan on how education will be the engine of innovation and recovery for the nation.

In her recent book, A World-Class Education: Lessons from International Models of Excellence and Innovation, Asia Society Senior Consultant Vivien Stewart clearly outlined the strategies and practices found in some of the highest-performing education systems from around the world, including Australia, Canada, China (Shanghai), Finland and Singapore. Under the leadership of Secretary Arne Duncan, the U.S. Department of Education has made an effort to learn more about education systems from around the world, as exhibited by the International Summit on the Teaching Profession convened in New York City. Likewise, Governor Mitt Romney has stated that he believes we can learn from the best examples in other countries. However, as I've listened to both candidates talk about their policy beliefs, I'm not sure their policies really reflect these best practices. Let's look at just a few examples:

Among the ten "lessons" shared by Stewart in her book, one of the most significant is the need to articulate a long-term vision for education. Neither candidate has painted a picture of what the U.S. education system will look like in 10 or 20 years, much less by the end of their term in office. Instead, the two sides are still debating the impact of No Child Left Behind (NCLB) and how to hold teachers more accountable for outcomes. Meanwhile, our colleagues in other countries deeply understand the role education plays in lifting children and adults out of poverty; the need to seek input from all corners of the community; and the need to raise the prestige and significance of the education field (and those that work within it). Neither candidate has talked about the need to bring together constituents from across the country to define what our education system will look like in 2020 or even 2030. Some might argue that this is not the role of the federal government, and that states should be left to decide this. While this may be true, it seems to me that if the Presidential candidates do not elevate education as a national priority and source of pride for future generations, we will continue to tinker around the edges and witness countless reform efforts conducted in corners of the country simply fail.

High-performing education systems articulate a clear set of rigorous and timely standards for all students. With the adoption of the Common Core Standards (CCSS) by 46 states, the nation is at its closest point in having a unifying vision for what students should know and be able to do. What isn't clear, though, is how these standards will be implemented with fidelity and integrity. As is the case with much education policy, the intent and the execution do not meet in the middle. Furthermore, Romney's stance on the standards is mixed. He strongly advocates for the states to make local decisions and doesn't seem eager to promise funding for the implementation of these standards. For those teachers working hard to prepare students to meet these standards today, it doesn't conjure much confidence that the possible future President may not be whole heartedly behind them. And despite the fact that 46 states have adopted the CCSS, to what extent did they do so because they believed in them versus their desire to grab at the potential dollars attached to them?

Both candidates seem incapable of conceptualizing a system that is not driven solely by test results. In his State of the Union Addresses, President Barack Obama claims that he wants to free teachers from the need to "teach to the test," yet his policy will require states to tie teacher evaluation, in part, to test results. In his Education Nation interview, Governor Romney responded to the question posed by a well-informed 17-year old, Nikhil Goyal, that he doesn't "have a better model than saying we are going to evaluate our kids through some kind of testing system."

These examples do not inspire much in the hopes of the U.S. education system being the innovative engine that is can and should be. Educators know that evaluating student learning certainly is not limited to standardized testing; assessment of student learning can happen in a myriad of ways. That is, if you are really trying to understand what a student knows and is able to do, you can also do so through well-designed performance-based assessments, simulations, and more authentic learning experiences.

If your end game is to compare or evaluate something else, say teachers, then tests are the easy way to go. Not to mention, Romney has made the case that grading schools is part of the answer. What isn't clear from this approach is how the grading of schools actually improves them. The philosophy that grading schools will cause the teachers and administrators to work harder doesn't hold water when in many cases they really need to be working smarter and more targeted. Don't get me wrong: I am not against accountability, but it's also hard to ask people to be accountable when they aren't part of the discussion about what success looks like and how they will be assessed. Developing balanced and transparent accountability measures, and pulling information from multiple sources (beyond test scores) is more aligned with some of the top-performing international examples.

President Obama shared his plan to create opportunities for upwards of 100,000 science and math teachers to allow us to keep our competitive edge in these areas. What wasn't clear was whether these jobs will be for the thousands of certified teachers already out there needing jobs or if they will be for new teachers in the pipeline. The creation of new teaching jobs alone isn't necessarily the answer. Examining how teachers get to be teachers, who we are attracting to the system and how we support them so they stay in the system and strive should be the question on the table. Yes, many classrooms are overcrowded and having more teachers could help. But creating more positions for teachers who are under-qualified or enter the field without undergoing rigorous preparation programs perpetuates the problem. There has been little to no mention of how our education system can improve the preparation, recruitment and retention of the best-qualified candidates. This does not even address the fundamental need for more high-qualified and competent school leaders, a job that is less and less desirable by the day.

Lastly, the area where both candidates seem to lack the most substance in is how they hope to encourage greater equity in the U.S. education system. Both talk about school choice as a driving force to allow for this, but turn a blind eye to why many public schools are failing in the first place. Closing schools may address the problem short-term, but doesn't address the root cause. School choice only works if all families are provided the information and background necessary to make an informed decision. The competition that is invariably caused does not improve the poorer-performing schools, but instead creates a "have and have-not" situation. In the end, kids lose.

The President touts Race to the Top as a change agent bringing about reform to most states in the country. In fact, even Governor Romney supports elements of Race to the Top. While this has prompted many districts to change their teacher evaluation systems and adopt the Common Core Standards, there is little evidence it changes the way teachers teach and students learn on a large-scale. Many of the conditions surrounding the schools, including parental involvement and access to early education, have not been addressed through this award.

Regardless of your political affiliation, I find it hard to believe that either candidate has been able to articulate a strong position on education, let alone how their policies reflect some of the best practices found in education systems around the world. As we grope for answers on how to improve the economy, a good place to start is fixing our schools. Arguably, we cannot afford not to.

We have more debates ahead and maybe the next "Education President" will stand up and present himself.