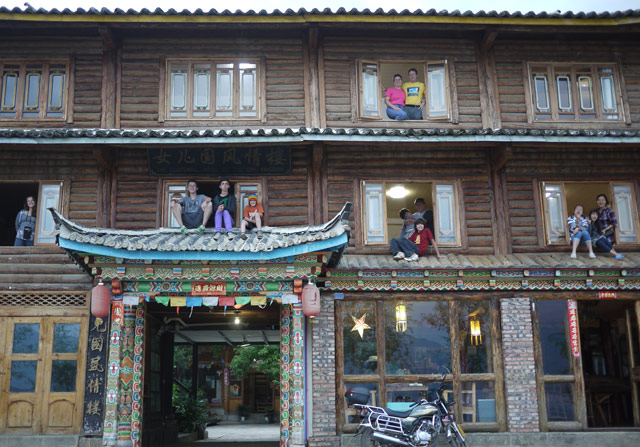 Our world is more interconnected than ever. That allows for greater economic opportunities for businesses, more access to top universities for students, and increased collaboration for scientists and researchers.

Over the past year, I have had the great privilege to meet many current and former participants of the State Department’s many exchange programs, such as the Fulbright Program. I’ve also met many leaders over the years — prime ministers, finance ministers, foreign ministers, presidents and others — who participated in our exchange programs or went to school in the United States. You never forget the friendships that you build, or the cultural, political, and economic understandings that you create, from that experience.

These people-to-people exchanges also can pave the way for a deeper mutual understanding between countries. Through such engagement, we can build the sustainable and deep relationships needed to tear down the walls of mistrust between nations and to work together on the tough issues that can’t be solved unilaterally.

The State Department is working hard to increase people-to-people ties. We have made particularly important breakthroughs in our people-to-people engagement across the Asia-Pacific region, which underpins this Administration’s robust rebalance to that area. This year’s Global Entrepreneurship Summit, for example, was hosted by the Government of Malaysia and included a bootcamp for over 500 young entrepreneurs from around the world, including American participants and mentors. We will hold an ASEAN youth summit next month in Manila to encourage participants from all 10 Southeast Asian nations to work together on pan-ASEAN issues.

Strong cooperation between the peoples of the world’s two largest economies — the United States and China — supports the strong trade relationship that is helping to drive the global economy. Growing familiarity between our two peoples has increased awareness of commercial opportunities. For example, Chinese majority-owned, direct investment in the U.S. had created 27,000 jobs for Americans as of 2012.

That is part of the reason why our upcoming U.S.-China High-Level Consultation on People-to-People Exchange (CPE) on November 21 is so important. The CPE sets the agenda for the collaborative work Chinese and American scientists, artists, athletes, students, teachers and women leaders are doing every day. The individuals and institutions involved have built strong connections and innovated together, boosting bilateral U.S.-China ties and promoting economic opportunities in the process.

Our citizens — many of them young people — are now learning each other’s language and culture and collaborating on innovative projects, ranging from environmental science to wheelchair basketball to poetry. The CPE helps identify the steps that our governments can take to promote additional people-to-people exchanges.

With the State Department’s help, approximately 700 students, scholars, and teachers will conduct research, teach, or study Chinese in China through one of our exchange programs. In addition, we provide support for Chinese students and scholars to study and conduct research in the United States. These programs bridge language barriers, open lines of communication, and connect people in both immediate and lasting ways. These programs also positively impact the American economy — it’s estimated that in 2012-13 international students contributed over $24 billion dollars to the U.S. economy.

We don’t see eye to eye with other governments on every issue. Our interests can differ, and so can our approaches to shared concerns. But the U.S. benefits greatly from our ability to engage in dialogue and work together with foreign counterparts. These exchanges and our collaboration in education, culture, science, sports, and women’s issues help young Americans build bonds outside of our borders that make such collaboration possible.

When our people-to-people exchanges are flourishing, we build the foundations of trust and mutual understanding between countries that will serve our mutual interests for generations to come. It’s an investment that pays dividends for all of us.

Daniel R. Russel is the U.S. Assistant Secretary of State for East Asian and Pacific Affairs and a career member of the Senior Foreign Service.