Why China's High-Tech Investment Surge Matters to US Competitiveness 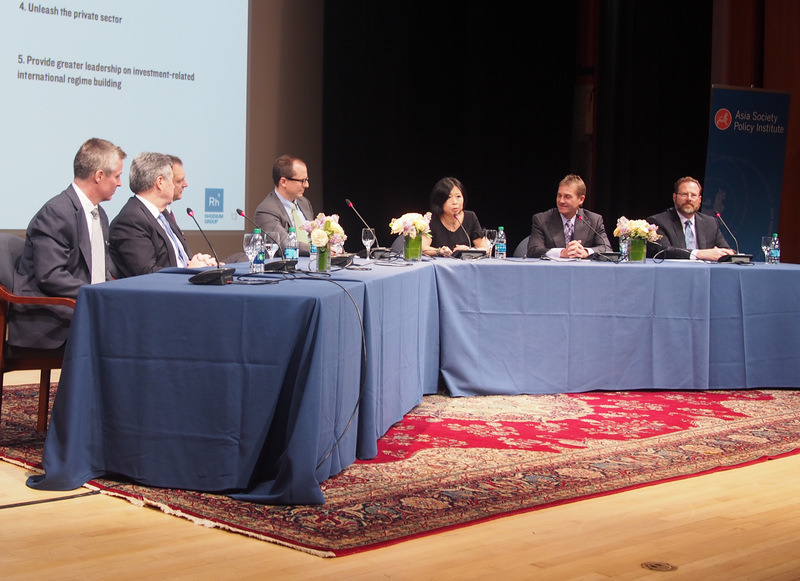 During the first quarter of 2014, Chinese investors poured US$6 billion of capital into U.S. high tech industries, heralding what the Rhodium Group’s Thilo Hanemann called a “breakthrough year for Chinese investments in innovation-intensive industries” in the United States.

Hanemann spoke during an event showcasing a new report from the Asia Society Policy Institute and the Rhodium Group that measures Chinese direct investment into U.S. high tech industries, identifies stumbling blocks that could impede further investment, and proposes policy changes for the U.S. and China to maintain the flow of investment from China into the United States.

Mark Horn, Senior Managing Director of Technology Banking at East West Bank, says he believes it is “too late to stop [the] flow of capital” from China into U.S. high tech firms.

“I look at companies that are attracting and receiving and needing smaller [investments]. They are needing that capital to grow,” Horn said. “No matter how many impediments there are to the flow [of Chinese investment], I believe that it will seek and find markets in the United States.”

Huoy-Ming Yeh, Managing Director at SVB Capital China, noted that Chinese firms investing in U.S. high tech companies are not only seeking financial returns on their investments, but also a view of what innovations might be coming from U.S. entrepreneurs.

Yeh later added that capital and guidance flow both ways between the U.S. and China, as technology businesses in each country seek insights on how to expand overseas.

Daniel H. Rosen, Managing Director of the Rhodium Group and a co-author of the new report, said the U.S. must safeguard its position as a premier destination for foreign direct investment.

“[The U.S.] is not what it was 10, 20, 30, or 40 years ago in terms of its growth potential for the coming 10 years,” Rosen said. “We have to be a lot more proactive […] at making sure we don’t make mistakes, we don’t chase away smart money without really achieving anything in the process.”

Rosen said it will be particularly important for the Committee on Foreign Investment in the United States (CFIUS), which provides regulatory oversight of inbound foreign investments, to stay narrowly focused on national security.

As for China’s role in promoting overseas investment and foreign trade, Gary Coleman, Managing Director for Global Industries at Deloitte Touche Tohmatsu Limited, said he is “cautiously optimistic” that China will follow through on proposed economic reforms that should support free trade.

“If you listen to Premier Li’s remarks in Dalian at Summer Davos last year, it was a great script: he had good pro-market things to say,” Coleman said. “And yet he did recognize that it was about the implementation.”

Kenneth J. Petrilla, Executive Vice President and Head of China Desk at Wells Fargo Bank, said “[techno-nationalism] is on [his] mind” as a potential impediment to foreign investment.

“It’s an attitude that could develop easily in this complicated geopolitical world,” Petrilla said. “While I’m a supporter of CFIUS, political pressure could change and it could begin to scrutinize potential investments” in ways it hadn’t before.

William Plummer, Senior Vice President of External Affairs at Huawei, said he believes “the concept of techno-nationalism flies in the face of commercial and technological realities.”

“Techno-nationalist approaches to addressing [information security] concerns have the potential to utterly disrupt the global supply chains of multinational companies and fragment the information and communication technology industry in general,” Plummer said. “The alternative would be for industry players to come together and work toward the restoration of confidence in networks and data.”