What Would You Ask Obama's National Security Advisor? #askasia 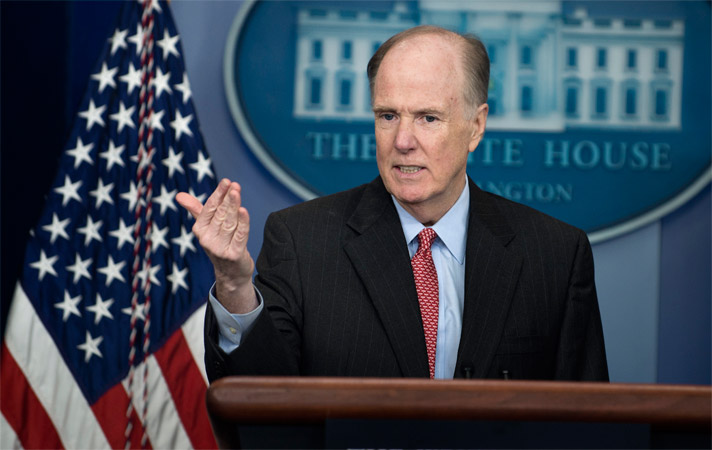 On Monday, March 11, at Asia Society in New York, President Barack Obama's National Security Advisor Thomas Donilon will deliver remarks offering the Obama administration’s views on the path ahead for the United States in Asia in the areas of security, democracy, trade, and economics. He'll then sit down for a Q&A with Asia Society Vice President of Global Policy Programs Suzanne DiMaggio — who plans to work in some questions from you.

The world’s economic, political, and strategic center of gravity is shifting toward the Asia-Pacific. Since its first days in office, the Obama administration has therefore pursued a rebalancing of foreign, economic, and defense policy priorities toward the Asia-Pacific. This rebalance, according to Donilon, is working to "sustain a stable security environment and a regional order rooted in economic openness, peaceful resolution of disputes, democratic governance, and political freedom." Currently, that order faces challenges ranging from cybersecurity to North Korea to territorial disputes. Gains, including economic growth and the transition underway in Myanmar, must still be cemented.

What Asia-Pacific related questions do you have for the Obama administration? We want to know.

There are several ways you can submit your questions for Donilon:

If you are in New York, you can still purchase tickets to the Donilon event here. For our global audience, the talk, which starts at 1 p.m. local time in New York, will also be webcast live at asiasociety.org/live. Here are the global viewing times:

We look forward to hearing from you!