What Does China's Third Plenum Suggest About Prospects for Reform? | Asia Society Skip to main content

What Does China's Third Plenum Suggest About Prospects for Reform? 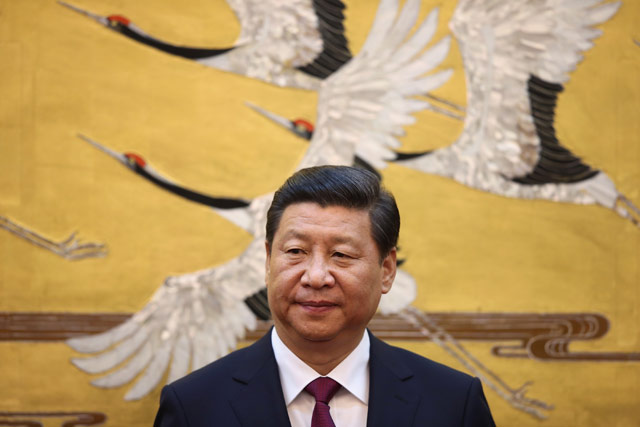 On November 12, China’s leaders concluded the Third Plenum of the 18th Central Committee. Many observers expected the Third Plenum to provide clear signals about which reforms President Xi Jinping and Premier Li Keqiang would sponsor. During the Asia Society Policy Institute’s inaugural AsiaConnect conference call, Orville Schell, Arthur Ross Director of the Asia Society Center on U.S.-China Relations, offered his take on the outcomes of the Third Plenum and the ensuing policy communiqué. Below, please find a condensed, edited version of his remarks, along with a roundup of coverage by other analysts.

Orville Schell is the Arthur Ross Director of the Center on U.S.-China Relations at Asia Society in New York. He is a former professor and Dean at the University of California, Berkeley Graduate School of Journalism. He is the author of 15 books, 10 of which are about China, and a contributor to numerous edited volumes. He is also a contributor to publications such as The New Yorker, The Atlantic, The New York Times Magazine, and Newsweek, among others. He is a fellow at the Weatherhead East Asian Institute at Columbia University, a member of the Council on Foreign Relations and the recipient of many awards.

What were the expectations surrounding the CCP’s Third Plenum?

Third Plenums are often seen as important occasions for delineating China’s forward policy. From a historical perspective, some Third Plenums have been extremely significant. For example, in 1978, when Deng Xiaoping came back to power, the Third Plenum was a momentous occasion. He essentially overturned the entire Cultural Revolution, Maoist revolution, and set a course to transform China into a modern, powerful, socialist country by the end of the century. That set the guideline for China’s aspiration to regain a supreme position in the world. Deng’s notion was you had to do it by borrowing from the West, focusing on technology, the economy and bettering people’s lives.

When Xi Jinping took office a year ago, there were great expectations that he’d be a reformer in the cast of Deng. And he clearly aspires to be this sort of figure. Xi said he’d announce a master plan for reform, which many believed would be unprecedented. Other leaders issued bold statements of their own in the weeks leading up to the CCP Congress, with Premier Li Keqiang going so far as to say that reform “should feel like slitting your wrists.”

How did the communiqué from the Third Plenum measure up to these expectations?

The policy statements were vague and general. There was nothing earth-shaking about them. But we need to be careful before dismissing them as insignificant, as some have done.

The Communist Party’s approach to governance is more consensual than it has ever been. (That matters a lot, because China is a curious country, with two governments: the official structure of the premier and ministries, and the parallel party structure.) Under these conditions, it can be more effective to speak quietly and vaguely and see if you can make reforms happen. It does not do for any leader to crow loudly about what he wants to do and why — to define an agenda too clearly. Any clear statement out of the Plenum might have antagonized vested interests and made it more difficult for Xi to initiate reform.

Notwithstanding the vagueness of the communiqué, the Plenum did accomplish two very telling things. First, it established a small, centralized group to guide reform, called the “Comprehensively Deepening Reform Leading Small Group.” That’s a clear signal that Xi is trying to consolidate power in the tradition of Deng. And it established a “National Security Council,” which will attempt to centralize all the security organs of the state.

What are some of the big policy issues that the Party leadership will need to grapple with in more practical terms?

One issue is resolving the imbalance and tension between state-owned enterprises (SOEs), notably the banks, and the private sector. The Plenum communiqué included a vague statement calling for more relaxed rules on private investment in SOEs. Those rules will need to be spelled out, and there are clear signals that this will happen. The head of China’s central bank was kept on in that job despite reaching retirement age because of his experience and the esteem that many hold him in. He’d like to see reform in SOEs so there is less of a tendency for the state-owned enterprises to monopolize investments from state-owned banks.

China also needs to find a way to ease the migration of rural people into cities, which is really the largest migration in human history. Rural dwellers want to move to cities, but China’s household registry system restricts their ability to do so. People who choose to move without re-registering can’t get access to basic services like education and health care. This is ultimately an old-fashioned system that creates a dilemma for hundreds of millions of people. And the issue of private property in the countryside remains thorny. Peasants lease their land from the state; they’re not allowed to own property. So it’s difficult for them to liquidate their assets or take out loans to capitalize a new life in a city.

Finally, there’s the matter of environmental protection. This government is extremely concerned about local environmental problems such as air pollution, water pollution, and toxic contamination of agricultural land. China’s leaders rightly see environmental worries as major drivers of popular unrest and instability. The government recognizes it has to get a handle on environmental issues, and it’s technologically possible to do so, as we’ve seen in many Western cities. Climate change is a potentially more troublesome question that hasn’t been addressed adequately and concerns me a great deal.

What does the outcome from the Third Plenum tell us about the future of the Communist Party and the existing political structure?

The Third Plenum revealed the Party’s unwillingness to fundamentally alter the political structure. Just one or two years ago, many observers subscribed to the notion that China would become more open, democratic, and constitutionally-based. This hasn’t happened. If anything, the party has circumscribed debate and political participation. The concept of a public citizen doesn’t really exist there.

The need for openness and constitutional governance has been a current in thinking and analysis about China really since 1989. Most of us thought that China’s model for Communist Party control was untenable and filled with contradictions. Twenty-five years later, things are still moving forward and China has had amazing success at developing its economy.

How do you think the Plenum will influence relations between the U.S. and China?

The “pivot to Asia” touted by the Obama administration has got China quite stirred up — it has excited old fears of encirclement and containment. China is particularly exercised over the U.S.’s new security treaty with Japan. If China and Japan enter an open conflict over disputed islands in the East China Sea, the security threat will oblige the U.S. to line up with Japan against China. That said, China recognizes that the U.S. and China have a very important relationship and this shouldn’t be compromised by a dispute over island territory.

More generally, I think the Chinese miss having a single go-to liaison in Washington, and we should miss it too. In the Bush administration, Hank Paulson was China’s go-to guy while he was Treasury Secretary, and he had his counterpart in China. Hillary Clinton paid a great deal of attention to China. John Kerry hasn’t. This is a huge gap that could be solved quickly. It’s rather astounding that the President hasn’t recognized this gap and filled it. I think it’s something that Obama should talk to Xi about.

Other analysts reached similar conclusions, with some variations in how they interpreted certain details.

In a New York Times article, Chris Buckley argued that President Xi is seeking to give markets greater power and to centralize his own influence over reform and the domestic and foreign security apparatus.

A Washington Post article by Simon Denyer offers a more skeptical tone. While acknowledging the desired market reforms, Denyer questions President Xi’s ability to accomplish a task that has proved elusive for many years. In addition, Denyer proposes that the formation of the “Comprehensively Deepening Reform Leading Small Group” does not indicate a successful centralization of power for the Xi administration, but instead a failure of the factional politics at the top to reach an agreement.

A Wall Street Journal China Real Time Report blog post by Russell Leigh Moses provides another skeptical and counterintuitive opinion. Moses argues that the Third Plenum, rather than being a successful centralization of President Xi’s power, was actually a victory for Premier Li Keqiang. Moses concludes that any encouraging wording in the communique will prove meaningless in the years to come.

An NPR report by Frank Langfitt acknowledged the opaque nature of the communiqué. Langfitt indicates that reform of the HuKou (户口) household registration system was likely but that there was insufficient movement toward reforming state-owned enterprises. Langfitt also elaborated on the reasons why China needs this reform: namely, to advance its outdated economic system and accommodate popular demands for improved living standards.

In a column for Tea Leaf Nation, re-published on ChinaFile, David Wertime notes that many Chinese citizens also found the Plenum communiqué so vague as to be incomprehensible.

Finally, the Sinocism Daily Newsletter by Bill Bishop—co-founder of CBS MarketWatch and a Beijing resident for over 15 years—focuses on the new “Comprehensively Deepening Reform Leading Small Group” and “National Security Council.” Bishop optimistically discusses possible reform for the HuKou (户口) household registration system. He argues that “political will and implementation will be the deciding factors” in the success of reforms.

This post was co-written by Joshua Rosenfield and Madison Riley.