What to Do With Manila? | Asia Society Skip to main content

What to Do With Manila? 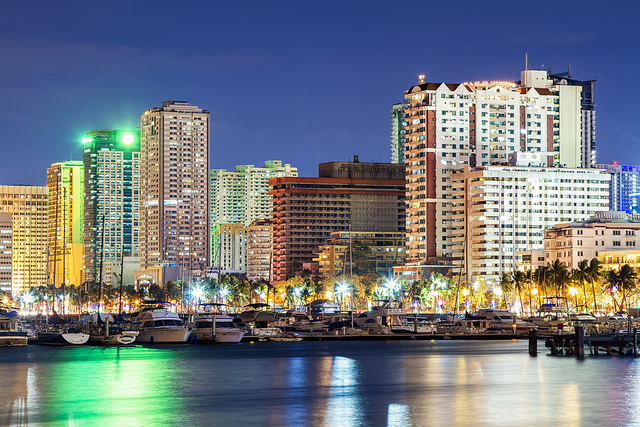 Architect Daniel Burnham, in preparing the general plan for Manila in 1905, made this observation: "Possessing the bay of Naples, the winding river of Paris, and the canals of Venice, Manila has before it an opportunity unique in the history of modern times, the opportunity to create a unified city equal to the greatest of the Western World with the unparalleled and priceless addition of a tropical setting."

Truly, Manila must have been such a beautiful city. Historical accounts before its devastation during the Second World War talk about grand avenues, magnificent architecture, an efficient public transport system, clean waterways (oh yes, the esteros of Binondo were bustling with commercial activity), elegant parks, gardens and open spaces, all of which that have become nothing but memory, if people even remember that the city had those before.

Are we not all tired of hearing how depressing Manila has become? How a succession of mayors has effectively contributed to the ugliness and urban blight of Manila continues to remain a mystery to many. One mayor demolished not a few of its architectural landmarks, massacred its civic center, open spaces and forest parks to build a park and ride facility, school buildings that could have been located elsewhere, and allowing the construction of shopping malls that stick out of the grand architecture.

Another mayor proudly claims that he is the reason why buildings taller than 19 floors are now sprouting like mushrooms all over the city, forever marring Manila’s classic skyline. As if the historic centers of Naples, Paris and Venice ever needed skyscrapers to become progressive. And then there is the infamous proposed reclamation of Manila Bay. Does Metro Manila even need to consume more of Manila Bay with all that reclaimed land remaining idle in the name of speculation?

And don’t those kitsch street lamps add insult to injury, rub salt on the wound, contribute to the continued demise of whatever is left of the city’s beauty, making one ask why mayors allow just anyone, possibly the city’s garbage collector, to pick tacky lamp designs from second-rate catalogues instead of delegating style responsibilities to the many talented Filipinos who truly have taste.

We can go on ranting about Manila-in-the-doldrums or down-in-the-dumps. But now is not the time to do that. If apathy allows this well-meaning but unfortunate misconception of progress among property developers and the local government to continue, we might be too late to save the city.

All over the world, historic districts are prime property, not only because of their central location, but more for the elegant architecture that defines their character. Manila is no stranger to character, with remnants of its glorious past still evident in the pre-war and early post-war buildings of Escolta, Ermita, and Malate.

The Heritage Conservation Society (HCS) and the International Council on Monuments and Sites (ICOMOS) Philippines advocate the adaptive reuse of heritage buildings as a means to preserve the character of our cities, instill pride of place, and serve as a catalyst for progress through the revitalization of historic districts.

According to the HCS, “Adaptive re-use is a creative mode of conservation that gives heritage structures new and alternative functions other than the original ones that may no longer be required. Most often than not, built heritage resources are found on premium real estate property so developers are in a hurry to demolish rather than restore and recycle. Today, there is a growing awareness that adaptive re-use can enhance property value.”

And slowly, heritage advocates are sending the message across that our future is in our past. One prime example is BPO@Escolta. For close to a year now, stakeholders in Escolta have been meeting quite regularly to plan the comeback of our country’s former center of commerce, giving it a new lease on life by hosting business process outsourcing (BPO) firms in the district’s storied architectural gems. Escolta hosts some of the finest examples of Philippine architecture of the early and mid-20th century. And with this effort, its future seems bright.

Our past, our future

The story of Escolta, is among the many best practices that will be featured in two major heritage events in November, the ICOMOS International Cultural Tourism Conference from Nov 7-8, 2012 in Vigan, Ilocos Sur, and the Heritage Conservation Summit on Nov 24, 2012 in Batangas City where the economics of heritage will be the center of discussions.

Close to two dozen heritage success stories will be presented by local and international cultural tourism experts in Vigan, a great opportunity for local tourism stakeholders to learn from our friends around the globe.

Heritage advocates will gather in Batangas City to listen to what our government cultural agencies, namely the National Commission for Culture and the Arts (NCCA), National Historical Commission of the Philippines (NHCP), and National Museum (NM), have done for heritage this year, as well as reports from the HCS and ICOMOS Philippines.

But more than that, with presentations about BPO@Escolta, Ayala Land’s heritage conservation initiatives, taking advantage of laws such as the Tourism Act of 2009 for heritage conservation, among many others, the message is loud and clear: our past is indeed our future.

Heritage conservation and cultural tourism are global trends. And the Philippines should not be left behind. We thus welcome Filipinos who understand the value of our heritage to attend both events and listen to the many ideas which can be replicated around the country.

This story originally appeared on Rappler.

Ivan Anthony Henares is a Fellow of Asia Society's Asia 21 Young Leaders program and the vice president of the Heritage Conservation Society of the Philippines.
@ivanhenares