What can China and India learn from one another? | Asia Society Skip to main content

What can China and India learn from one another? 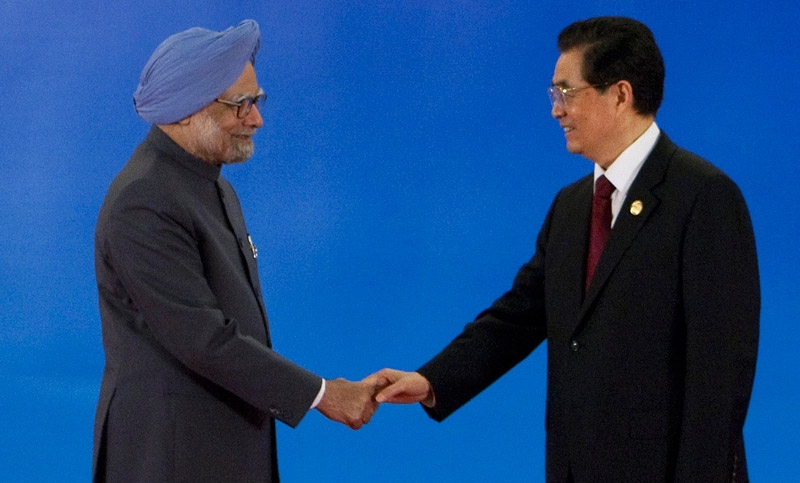 Building up to Thursday's launch, a dialogue between Amitav Ghosh and Jonathan Spence, we asked participants to share their thoughts on a single question:

What can China and India learn from one another?

Here are their answers:

For two great ancient civilizations who are neighbors, we know woefully little about one another. When I first visited India in 2006, I was as shocked by Mumbai’s giant slum and Indian style corruption and inequality as I was impressed by the vitality of its civil society and its cultural diversity. I think China can learn a great deal from India about democracy, how it evolves in an old hierarchical society and the challenges it faces in this volatile era of global economy and multiculturalism.

Murong Xuecun, author of Leave Me Alone: A Novel of Chengdu and Dancing Through Red Dust

China and India may share a border, but they are alienated as if separated by an ocean. In China, people know about United States, Europe, even Ethiopia and Argentina. However, very few people know how our neighbors — the Indians — are doing.

China and India are the most populous countries in the world. We share a lot in history and culture. But over the past century, we have become "strangers next door." Between us, there are more barriers than understanding, more hostility than friendship.

In many ways, China should learn from India, especially its culture, education and political systems, especially the experience and lessons India has learned from its democratic reform. However, eliminating barriers and hostility has to be the first thing on the list before the two countries can really learn from each other. Neighbors, as we Chinese and Indians are, shouldn't see each other as stereotypes.

Su Tong, author of Rice and My Life as Emperor

China and India are two of the great ancient civilizations, but have a relatively distant relationship. There seems to be a lack of mutual understanding and trust. However, I believe the barriers will be lifted in the near future. There are many areas — industries like information technology, textiles, agriculture, irrigation, export-oriented manufacturing and, of course, politics and culture — China and India can find a lot to share and learn from each other.

Allan Sealy, author of From Yukon to Yucatan and The Everest Hotel: A Calendar

India must borrow Confucius for a century; China needs to steal the Buddha all over again.

As nation-states, China and India are both responding to their defeat and humiliation during the colonial times, and are using the same instrumentality and the same political categories that they have borrowed from the colonizing West. As a result, they are two 19th-century nation-states trying to "make it" in the 21st century. They feel they have nothing to learn from each other; they have only to learn from North America and West Europe. I am not concerned these days with that part of the story but with the disorderly, spontaneous, unofficial efforts — self-conscious or unwitting — of individuals and groups to restore the direct cultural exchanges between the two civilisations that have been going on for three millennia and were interrupted by colonialism. These unofficial, chaotic efforts can unleash new forms of creativity, intellectual and political, in both. Civilizations never learn from each other; they learn from within, from what they have internalized of another civilization by hosting the otherness of others, as the Zapatistas put it.

Sharmistha Mohanty, author of Book One, New Life and Sub-continent

One of the things clearly shared by the pasts of India and China are ideals that have emerged from a thousand years of reality, and an understanding of the eternal without denying the undertow of time.

What is, or has become recessive in a civilization, can often be among its most profound expressions. This is why they are the most battered and bent. But when the time comes, they may contribute to the rescue of that civilization. We seem to have met to exchange our recessive strains, to develop them.

— From Mountains and Rivers, a text on the ongoing Almost Island India-China Writers Dialogues, by Sharmistha Mohanty

I would love to hear Chinese and Indian voices speak about surviving "modernity," as the West has defined and practiced that idea. India and China have had separate but in many ways parallel experiences of Western power in commerce and culture over the last 400 years. How much do they want to re-balance the world's standards of civilization, pluralism, humanity, interaction? And how do they suppose we will go about applying more nearly universal rules of engagement — starting with our "Chindia" dialogues?

Amitava Kumar, author of A Foreigner Carrying in the Crook of His Arm a Tiny Bomb

I visited China some time back and spoke to Indian businessmen in different cities. I'd ask them a version of the question you've asked me. One of those men, a banker, pointed at the street outside the Indian restaurant in Beijing where we were eating and said that the next morning, if we came back, it was possible that the street would look very different. China was a country committed to change. This was because, unlike India, there weren't going to be any protests by people who owned land or homes there. There would be no protests by workers demanding better wages. According to the Indian banker, there was no obstacle to progress in China.

During a conversation in Guangzhou, another Indian businessman, who was quite open about the fact that his office there was a front for a jewelry trade centered in Hong Kong, told me that India would soon catch up with China. He believed that communism had taught the Chinese how to cooperate and be efficient at following orders; it was up to the Indians, he believed, to be creative and inventive. The Indians were here to benefit from the cheap Chinese factories lining Pearl River. The Indians in China just needed to use their brains to make a killing.

I told you that I would ask the Indian men a version of the question you have asked me. I'm not wholly sure of that. Certainly, their answers told me there was something wrong with what I was asking them.

Tan Chung, author of India and China and Tagore and China

Confucius says: ‘If I walk along with two others, my teacher is there in the company. I can emulate the other’s good points, and avoid his mistakes.’ When we approach the topic with this Confucian spirit, what China and India can learn from one another will be innumerable. I can only highlight a couple of aspects.

Both China and India are very young modern states and societies with ancient civilizations. A civilization is like a great river made of tributary streams. In the case of Chinese civilization, the tributary streams seem to have disappeared and we see apparently only one great river. But, the tributary streams of the Indian civilization are prominently visible along with the main river. Here lies the sharp contrast of China’s unification, unity and homogeneity with India’s ‘unity in diversity’. China with her almighty centripetal force tends to embrace consensus and spurn differences, India is just the opposite. Indians feel homogeneity boring and undesirable to the extent of aiding and abating the centrifugal force and disunity. Many Indians seem to have forgotten the Brahmatmaikya (unity of Brahma and atma) tradition, and also the history that it was this tradition that had convinced the Chinese to submit their micro-self to the interest of the macro-self which has contributed immensely to China’s homogeneity and unification. If modern India emulates China, she can reinvigorate her own Brahmatmaikya tradition. China can share the Indian appreciation of Natural beauty, that a delightful garden is made of flowers and plants of great varieties, hence divergence and dissension must be accommodated, if not encouraged.

Development of exterior spatiality has become the order of our modern world of ‘nation states’, emphasizing on the importance of state power. But, no modern state can rise as a strong power without a vibrant interiority made of dynamic, creative and productive people. Mao Zedong described, in the 1950s, an ideal political situation ‘with both centralism and democracy, both discipline and freedom, and both solidarity of will power and individual ease and liveliness’. China and India seem to have partitioned this idealism with China clutching one end of ‘centralism’, ‘discipline’ and ‘solidarity of will power’ and India hanging on to the other of ‘democracy’, ‘freedom’ and ‘individual ease and liveliness’. When China and India learn from one another both will share the entirety of Mao’s idealism.

In ancient times, eminent Indian monks demonstrated the Indian ethos of ‘simple living, high thinking’ on the soil of China which the intellectuals of Tang and Song dynasties tried to emulate. While high thinking was somewhat attainable, they found it difficult to curtail their desires for the allure of material life. Tagore addressed the students of Tsinghua University in May, 1924 with his admiration for the Chinese ‘attractiveness in the things of everyday use’ without the evil of a materialistic culture. He repeatedly urged Indians to learn this Chinese virtue later. Today, India can provide the cure for China which is increasingly surrendering to the lure of materialism, mammonism and consumerism at the expense of spiritualism and morality. In India, spiritual religiosity prevents the occurrence of inhuman practices that multiply merrily in China to the extent of faking milk powder, meat, bread, medicine, and what not for profit. Again, Indian culture can help China in rectifying such moral irresponsibility and crime.

Chinese civilization has endured enormous obstacles and disasters during historical times, and Chinese have been hardened by circumstances to persevere and break through. Mao Zedong ‘can’t wait for ten thousand years, in every morning and evening there lies our life-long struggle’ which has a profound impact on China’s rhythm of development. Only the disastrous train accidents this year have cooled down a little the Chinese craze for breathtaking speed. India, on the other hand, likes to move normally with the changing times, yet her slow and steady development is universally admirable. China can learn a good deal from the Indian temperament and obedience to the Law of Nature. India, on the other hand, can diminish her forbearance with lethargy, inaction and mediocrity by invoking the Chinese dynamism and innovative spirit.