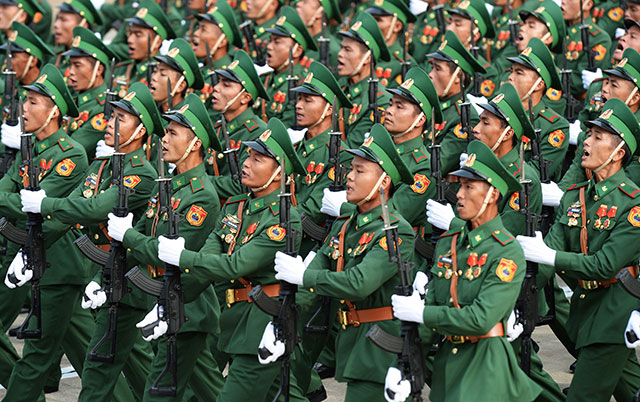 Japan’s National Police Agency is warning the nation about the possibility of gang warfare, following a shakeup of Japan’s largest and most notorious Yakuza crime syndicate. Earlier this week, the Kobe-based Yamaken-gumi syndicate ousted 13 leaders of its member factions, causing fear of violence between rival groups. The upheaval is seen as the culmination of long-term power struggles between affiliated gangs.

In 2016, New Zealand will hold a binding referendum on changing the national flag, replacing the British Union Jack design that was first adopted in 1902. Take a look at the final shortlist of four alternative designs, selected and announced on Tuesday by a government appointed-panel.

In the world of television advertising, Thailand is “quietly becoming the world leader in a special niche: the tear-jerker.” Watch five of the ads that have gone viral, including the one below from security camera company Vizer, which has already garnered over 4 million YouTube hits since August 27.

See photographs taken the at parades and ceremonies held on Thursday in Beijing and Hong Kong as China marked the 70th anniversary of the defeat of Japan in World War II.

“We Chinese love peace. No matter how much stronger it may become, China will never seek hegemony or expansion.”

10,300 — The number of online submissions from the public of designs for New Zealand’s potential new flag [The Guardian]

30,000 – The estimated number of people who marched in a military and civilian parade for Vietnam’s 70th National Day celebrations in Hanoi [Channel News Asia]