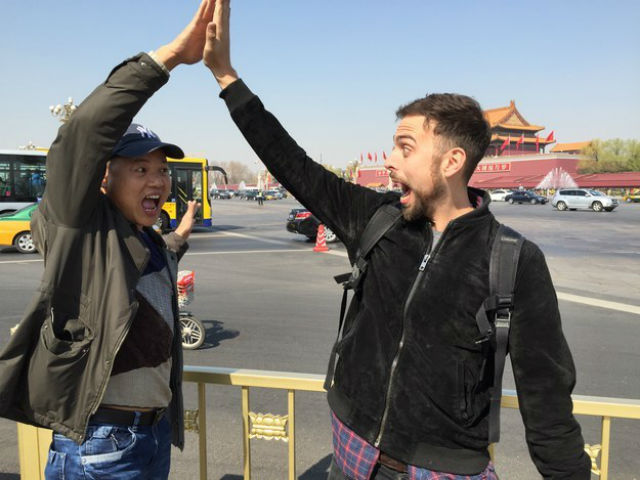 Welcome to Asia Society’s Weekly Rewind, featuring some of the best writing and multimedia you may have missed. This week:

I Followed My Stolen iPhone Across The World, Became A Celebrity In China, And Found A Friend For Life
Matt Stopera | Buzzfeed

Read the charming story of Buzzfeed writer Matt Stopera’s trip to track his stolen iPhone in China, where he finds Internet stardom and an unexpected bromance.

“For hundreds of years, women in the South Korean island province of Jeju have made their living harvesting seafood by hand from the ocean floor.” Enjoy a photo gallery of Korea’s haenyeo, or “sea women.”

Meet Labanya Hijra, 21, a transgender woman from Dhaka who has been applauded for helping apprehend two murder suspects earlier this week.

Follow Robert Draper’s journey across Sri Lanka’s hill country, where he reflects on the nation’s history and tries “some of the finest tea in the world.”

How did Xi Jinping become China’s most authoritarian leader since Mao? Evan Osnos profiles the complicated president’s rise to power.

Taiwan’s Kavalan Solist Vinho Barrique has been named the Best Single Malt Whiskey in the world by the World Whiskies Awards. Find out why the judges selected their winner.

Sand is a key ingredient for concrete and a coveted natural resource in India, where a dangerous sand mining industry has emerged. Check out the slideshow, then read Vince Beiser’s in-depth feature.

“Brother Orange’s hometown is called Meizhou. It’s in southern China. Most people have never heard of it, even in China. There are 4.5 million people there. That would mean it’s larger than Los Angeles. Go figure. That’s so China.” — Buzzfeed writer Matt Stopera on his recent trip to China [Buzzfeed]

50 million — The number of smartphone users in Indonesia; the figure is expected to double by 2018 [USA Today]

58,000 — The number of centenarians in Japan, the highest in the world [The Guardian]