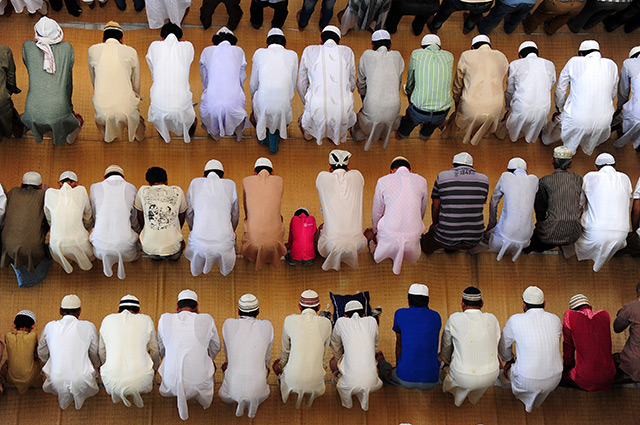 In Japan, thousands are dying alone and unnoticed every year, with an estimated 3,700 cases reported in 2013. This Slate feature investigates the phenomenon (known as kodokushi) through the story of Toru Koremura, whose company Risk-Benefit assists with the cleanup of kodokushi victims.

Almaty, Kazakhstan, and Beijing, China, are the final candidates for hosting the 2022 Winter Olympics, with an official decision slated for next month. Sam Borden considers the strengths and challenges of the bid from Kazakhstan’s former capital, as well as the broader human rights issues at play for both cities.

Thursday night, 7-foot-2 Satnam Singh Bhamara became the first player from India to be drafted by an NBA team. The 19-year old from Punjab was selected by the Dallas Mavericks as the 52nd overall pick in the 2015 draft. “The feeling is of course unreal, but it has happened and I feel that my entry will certainly open the doors for many aspiring basketballers in India to dream big,” he said.

Ending a Marriage in the Only Country That Bans Divorce
Ana P. Santos | The Atlantic

The Philippines is the only country in the world other than the Vatican City where divorce is illegal. “Two people can voluntarily choose to love, honor, and remain faithful to each other, but in the Philippines it is pretty much only through death, or the torturously long process of annulment, that they can part,” writes Ana P. Santos, who analyzes the historical context of the Philippine law and its implications today.

This photo spread from North Korea’s main daily newspaper shows North Korean leader Kim Jong Un touring the newly finished terminal of Pyongyang International Airport. “He noted with pleasure that the gatepost of the airport was erected in such way as to sustain the national character and the front and back of the terminal look very nice,” says the report.

Anthropologist and archaeologist Emily O’Dell provides a glimpse into Ulaanbaatar’s street art scene, its diverse aesthetic influences, and how it is raising awareness for women’s issues.

In a puzzling new social media trend, Uzbeks are posting videos of themselves burning foreign currency.

“Although the U.S. is the most developed country in the world, it is hard for the economic and social rights of its citizens to be soundly ensured. In the process of economic recovery, the income inequality continued to be enlarged, the basic living conditions for the homeless people deteriorated, the health care system operated terribly and the education rights of average citizens were violated.”

— China criticizing the United States’ human rights record in a new report released by the State Council on Friday, one day after the release of the annual U.S. State Department report on human rights. [Quartz]