Weekly Rewind: Elections in Kyrgyzstan, Dessert in Hong Kong, and the Koreans at the Top of the Art World | Asia Society Skip to main content

Weekly Rewind: Elections in Kyrgyzstan, Dessert in Hong Kong, and the Koreans at the Top of the Art World 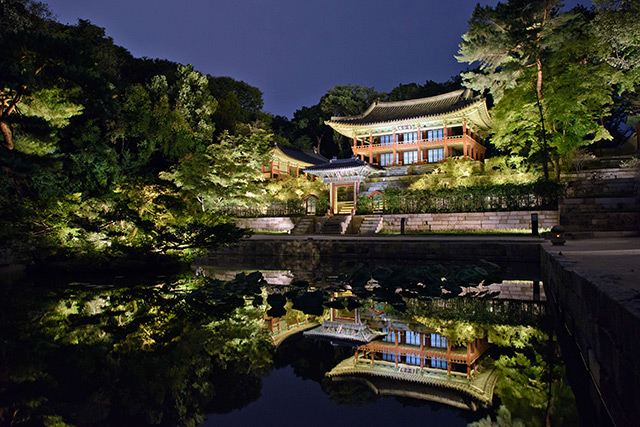 A photo taken on September 30, 2015 shows Changdeokgung Palace during a 'moonlight tour' in Seoul. The 15th century Changdeokgung Palace is one of five remaining royal Joseon dynasty palaces, and is recognized as a UNESCO World Cultural Heritage site. (Ed Jones/AFP/Getty Images)

Tansaekhwa is a twentieth-century artistic movement from Korea with a focus on monochromatic painting. In the past year, two major shows in Seoul and Los Angeles have helped launch the movement to the top of the art world.

Why Are Little Kids in Japan So Independent?
Selena Hoy | CityLab

In Japan, children as young as ages six or seven take the subway and run errands alone, without a parent or guardian in sight. “By giving them this freedom, parents are placing significant trust not only in their kids, but in the whole community,” writes Selena Hoy.

Kyrgyzstan has been dubbed Central Asia’s “island of democracy” for its open electoral system. However, as the country approaches national elections next week, there are “worrying signs” that it is becoming less democratic.

Songdo, South Korea is “a city built from scratch.” First conceived in 1986 as a hub for global companies and opened in 2005, Songdo now has a mixed reputation and many consider it a “futuristic ghost town.”

This video of a man’s proposal on a crowded Beijing subway car has gone viral in China.

“Had it been any other public meeting and the mike had not been working then one can easily guess what would have happened. I bow before the youth who had to face inconvenience. They showed the power of patience and it has to be used for productive purposes.”

620,000 — The area, in square kilometers, of the Kermadec ocean sanctuary in New Zealand, which will be one of the largest marine protected areas in the world. [The Guardian]

573 — The number of mentions of “China’s assertiveness” in U.S. media in 2014, representing an exponential rise. [The Atlantic]