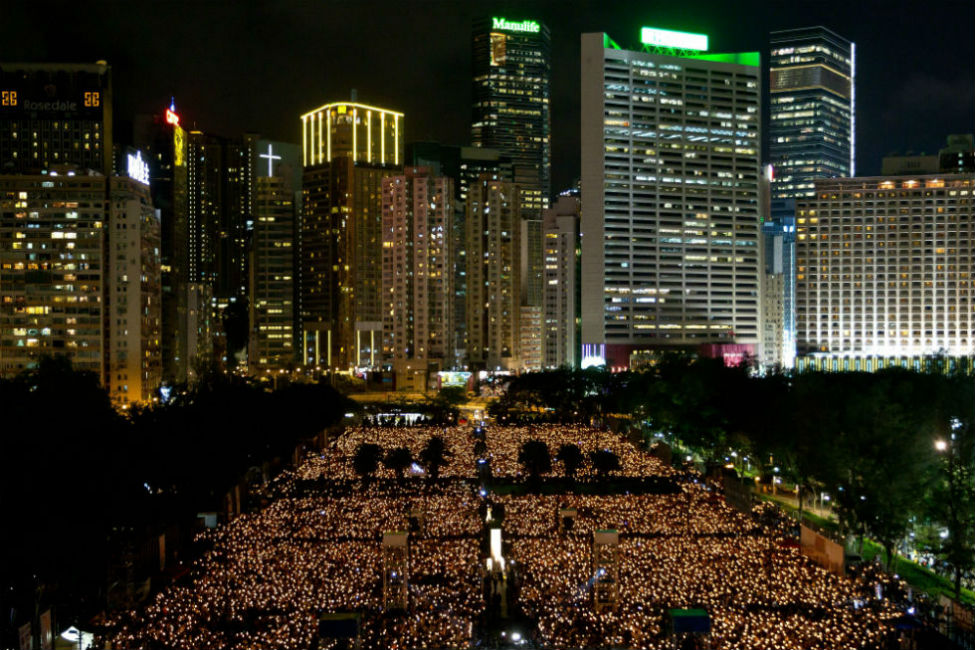 People take part in a candlelight vigil in Hong Kong on June 4, 2015, to mark the crackdown on the pro-democracy movement in Beijing's Tiananmen Square in 1989. (Dale de la Rey/AFP/Getty Images)

Read about how the Wadiyar dynasty, rulers of the former kingdom of Mysore in the southern Indian state of Karnataka, has been trying to unsuccessfully ward off a 400-year-old curse.

"Together, we can rebuild Nepal," says 35-year-old Maya Gurung. Read Alyssa Roenigk’s in-depth feature on a group of Nepali women, known for summiting Mount Everest and the tallest mountain on every other continent, and how they are working to rebuild their country after its devastating recent earthquakes.

Witchcraft killings, involving the murders of women accused of sorcery, are a troubling trend in Papua New Guinea. “This is a complex problem that involves violence against women, land reclamations, and a rapidly developing nation,” writes Helen Clark, who investigates the historical context behind the developments.

Godzilla has become the newest resident of the Shinjuku Ward in Tokyo, complete with an official special residency document listing the character’s name, date of birth, address, and other details.

Sri Lanka elected the world’s first female prime minister Sirimavo Bandaranaike in 1960, after becoming the first country in Asia to give women the vote in 1931. Decades later, however, the country has struggled to achieve equal representation for women in politics and consequently to bridge the gender gap.

Two Chinese writers and a publisher sit down with Foreign Policy to discuss Chinese state censorship system and its impact on modern Chinese literature and society.

See images from a candlelight vigil at Victoria Park in Hong Kong on Thursday, which marked the 26th anniversary of the deadly crackdown on protesters in Beijing.

See how North Koreans are setting up cafes, massage parlors, and other new enterprises.

"Let us not fool ourselves that there is no connection between the unusual number of deaths from the ongoing heat wave and the certainty of another failed monsoon. It's not just an unusually hot summer, it is climate change.” – India's Earth Sciences Minister Harsh Vardhan on the country's recent heatwave, which has killed over 2,500 people. [Reuters]

450 – The number of people aboard the ship Eastern Star when it capsized on the Yangtze River earlier this week. There were only 14 survivors. [USA Today]

5.8% – The percentage of women in Sri Lanka’s current parliament. The percentage has never risen above 6.5% since the country’s independence in 1948. [Wall Street Journal]