Watch: Pakistan FM Calls Drone Strikes 'Illegal,' Says 'This Has to Be Our War' | Asia Society Skip to main content

Watch: Pakistan FM Calls Drone Strikes 'Illegal,' Says 'This Has to Be Our War' 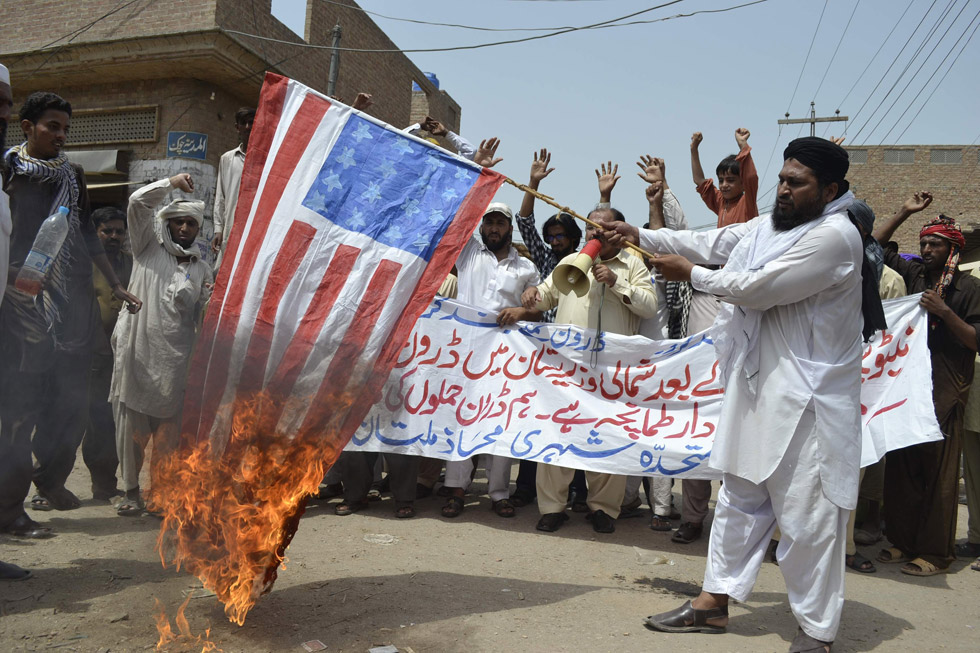 An activist of Muttahida Sheri Mahaz burns US flag during a protest in Multan on July 7, 2012, against a recent US drone attack. (S S Mirza/AFP/GettyImages)

Embedded below is a highlight from Pakistan Foreign Minister Hina Rabbani Khar's appearance at Asia Society New York on Thursday, September 27. Khar was responding to Asia Society Executive Vice President Tom Nagorski's question about the "drone war." From our write-up of the event:

In questions related to the continued use of drone strikes in Pakistan, Khar reiterated her government's view that the practice is "illegal and unlawful." Khar said that while Pakistan may agree with the stated purpose of the strikes — fighting terrorism — the use of drones is "counterproductive."

"This has to be our war," Khar said. "We are the ones who have to fight against them. As a drone flies over the territory of Pakistan, it becomes an American war again. And this whole logic of this being our fight, in our own interest is immediately put aside and again it is war which is imposed on us."

The AFP and the APP have more coverage of Khar's comments on drones.