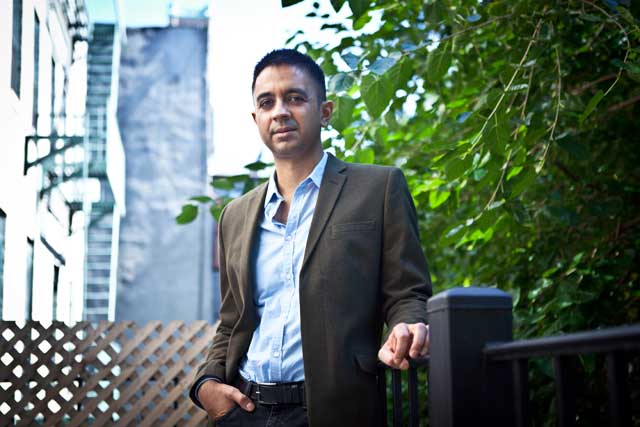 New York-based jazz pianist, bandleader and composer (and Asia Society friend) Vijay Iyer has been named a 2013 MacArthur Fellow. The prestigious fellowship, informally known as the "genius grant," is described on the MacArthur website as "a $625,000, no-strings-attached grant for individuals who have shown exceptional creativity in their work and the promise to do more."

In its announcement, the MacArthur Foundation noted that, "Through his wide-ranging body of work, Iyer is creating a unique voice in diverse musical contexts while reaffirming the place of music not just as entertainment but as an essential part of human society."

Reacting to the award, Asia Society Director of Global Performing Arts and Special Cultural Initiatives Rachel Cooper said, "Asia Society is delighted to see this recognition of Vijay Iyer, an artist we have been connected to for over 15 years. I first say Vijay perform in 1994 at the Asian American Jazz Festival, and we agreed to find a time to work together. We later commissioned, produced and presented In What Language, a powerful song cycle with Mike Ladd. Since then, Vijay has continued to create powerful work. We congratulate him on this major achievement."

Asia Society's relationship with Iyer goes back more than a decade. He appeared most recently in 2011, when he launched his trio Tirtha with a pair of back-to-back concerts at Asia Society New York. In the video below, shot in the lead-up to those performances, Iyer reflects on how his South Asian heritage fits into his creative identity. In an Asia Society interview from 2003, meanwhile, he and his collaborator Mike Ladd describe the genesis of In What Language?, a genre-busting song cycle originally commissioned by and performed at Asia Society before being released on CD by Pi Recordings in 2003.