Watch: Interviews With Some of Hong Kong's 400,000 July 1 Protesters 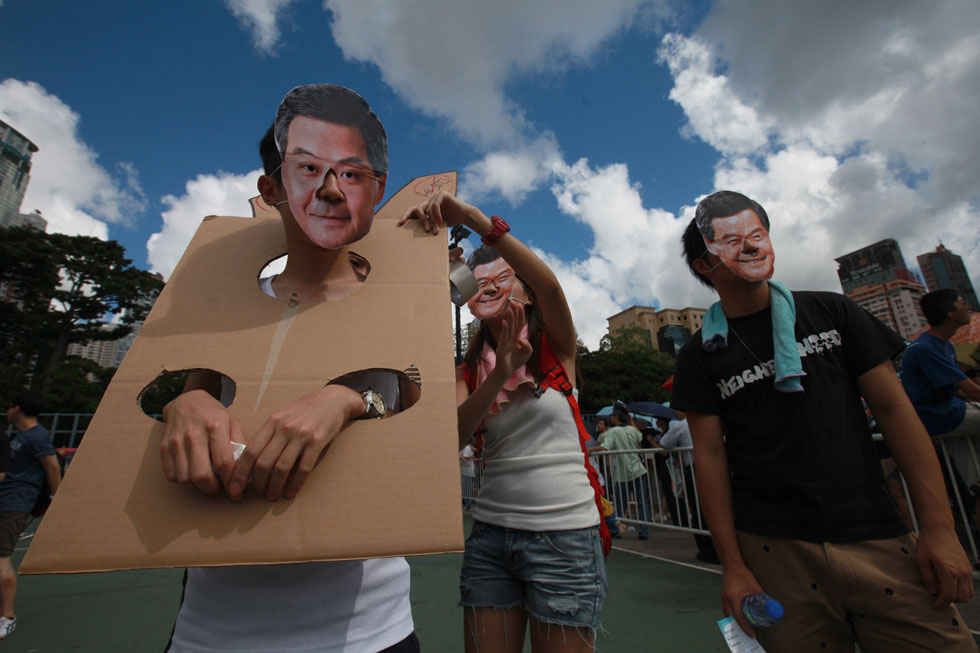 As we told you last week, July 1 marked the 15th anniversary of Hong Kong's handover to China. And an estimated 400,000 Hong Kongers took to the streets Sunday — the same day Leung Chun-ying was sworn in by Chinese president Hu Jintao as the new chief executive of the city — to protest. In the video below, South China Morning Post reporter Helene Franchineau joined the crowd and asked them about their motivations.

"This is my first time; before I don't think I needed to come out," 20-year old student Yang Chun-yin told Franchineau. "But I think we need to come out and express our views now. It's like I am quite afraid of being ruled by China."

Leung takes office amid swelling public anger over income inequality, skyrocketing property prices and growing unease over Mainland China's increasing control over Hong Kong's public affairs. Also, Leung's involvement in a scandal regarding illegal extensions to his mansion further put a dent on his popularity — even before his first day on the job.