Watch: Former Diplomats on U.S.-Iran Mistrust in Their Nuclear Negotiations 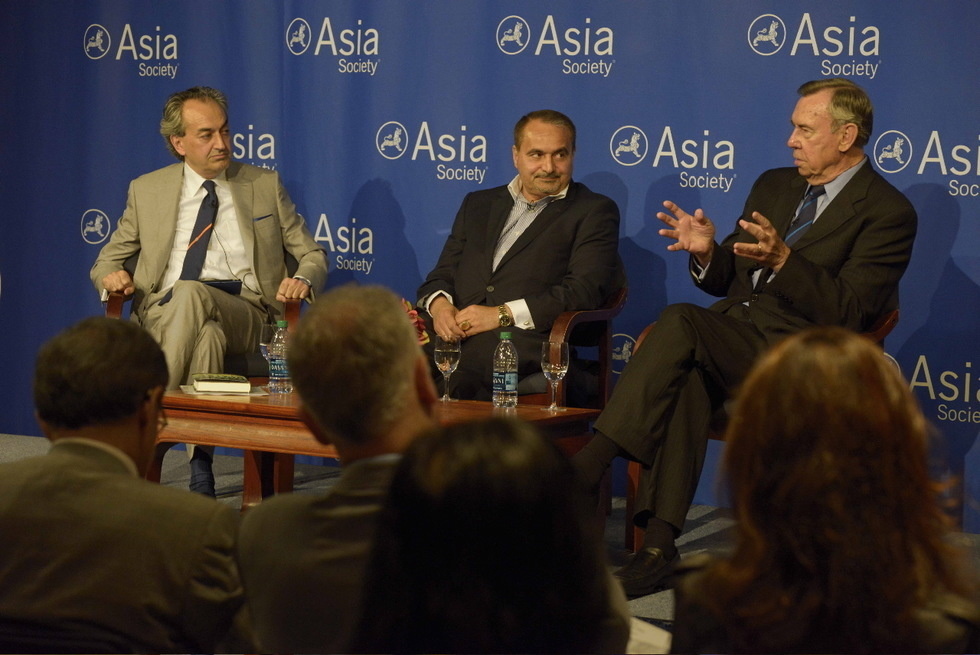 The legacy of mutual mistrust between the U.S. and Iran has made it harder for the two countries to resolve their differences of opinion about Iran’s nuclear program and reach a final agreement, former Iranian and American diplomats told an Asia Society gathering in New York.

Asia Society’s event took place amid predictions by diplomats and analysts that Iran and the P5+1 countries will miss their July 20 deadline for a comprehensive agreement and will find it hard to extend their negotiations in pursuit of a final settlement.

“When President Rouhani and Ambassador Zarif were here in New York the last time … they both said, ‘Now or never. If we don’t do it this time, it’s never going to get done.’ And frankly, I think they’re right about that. And I think it’s right on the U.S. side,” said Gary Sick, a senior research scholar and adjunct professor at Columbia University who served on the National Security Council under Presidents Carter, Ford, and Reagan.

Hossein Mousavian, a former head of the Foreign Relations Committee of Iran’s National Security Council who served as the country’s spokesman in prior nuclear negotiations with the European Union, asserted the current negotiations have come up short because the P5+1 group has sought restrictions on Iran’s nuclear program beyond those required under the international Treaty on the Non-Proliferation of Nuclear Weapons, commonly known as the Non-Proliferation Treaty or NPT.

“To be practical, because of a lack of confidence for years between Iran and the U.S., Iran and the West, on nuclear and many other issues, if they are expecting Iran [to accept] confidence building measures [beyond NPT] for a short period like 1 year, 2 years, 3 years, I would say again the chance [of a final agreement] is 70 or 80 percent. But if they are looking for measures beyond NPT for 20 years, I would say the chance is zero.”

Sick rated the chance of a final agreement being struck by July 20 at slightly higher than the 50-50 odds offered by President Obama in December 2013.

Should the parties choose to abandon the negotiations, Sick said, “The real risk that we’d end up in a military confrontation will be dramatically increased.” This risk, he said, will motivate the negotiating parties to make choices and concessions in pursuit of an agreement.

Sick and Mousavian also traced the history of U.S.-Iran relations, citing episodes and attitudes that have driven a wedge between the two countries.

Mousavian said he believes Iranian officials today harbor “deep mistrust” toward the United States “because of the U.S. policies from 1953 supporting the coup against a democratically elected prime minister; to supporting the Shah, a dictator, for 25 years; to supporting Saddam Hussein for his invasion of Iran for eight years; imposing the most draconian sanctions.”

“The [Supreme] Leader is saying, regardless of [whether Iran has] a moderate president or a reformist or a radical, the U.S. policy has been constant: increasing pressure, sanctions,” Mousavian said.

Mousavian added that Iran’s leaders hold three other beliefs that lead them oppose the U.S.: that “the core U.S. policy is regime change,” that “U.S. policy in the MIddle East is dominated by Israel or the Israeli lobby in Washington,” and that “the U.S. is not after independent, democratic governments in the Middle East—they just want puppets.”

Moderator Hamid Biglari, an Asia Society trustee and the managing partner of TGG Group, asked Sick to comment on a 2001 statement by Henry Kissinger: “There are few nations in the world with which the United States has less reason to quarrel or has more compatible interests than Iran.”

“He was correct, and I believe still is correct, that there are tremendous mutual interests between the U.S. and Iran,” Sick said. “But there was a revolution, and Iran changed dramatically.”

The Iranian hostage crisis of 1979-1981, Sick said, “was the beginning, I think, of the serious scar on the American psyche that we now have, that dominates us. And it in fact prevents us from making too much forward progress.”