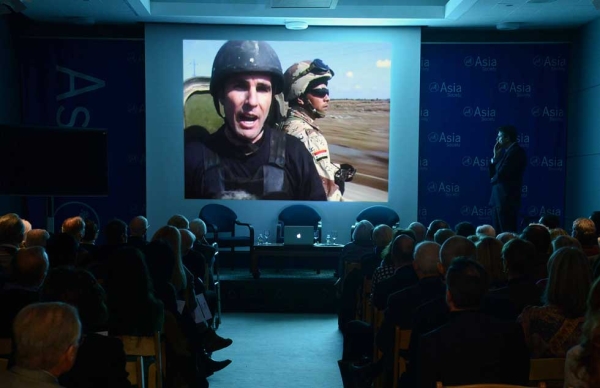 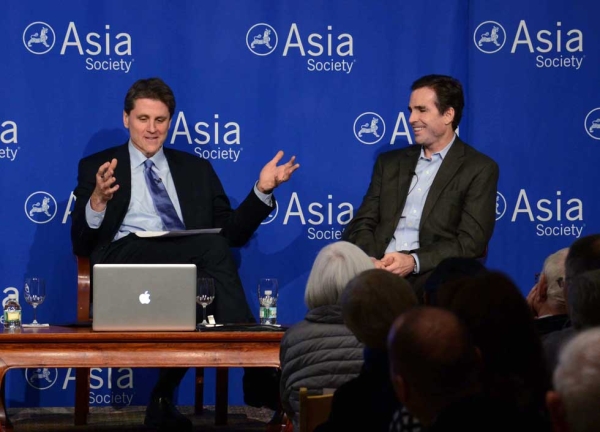 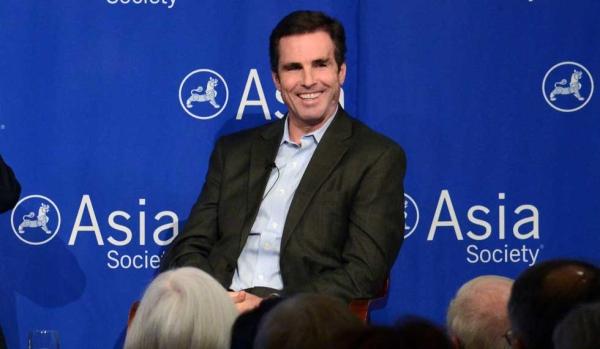 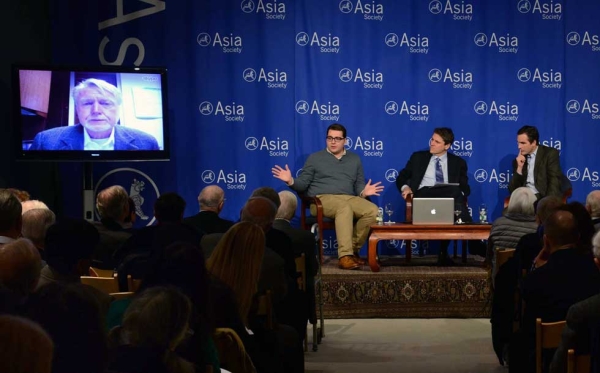 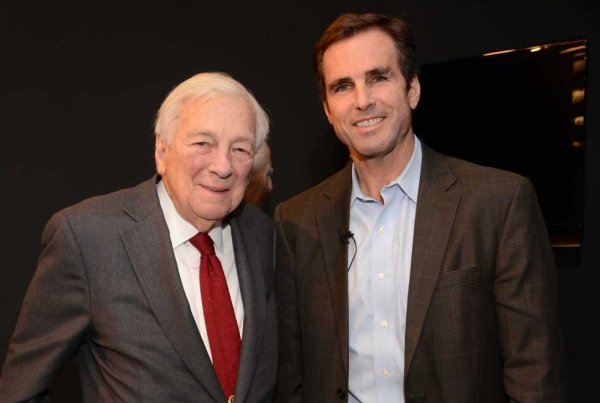 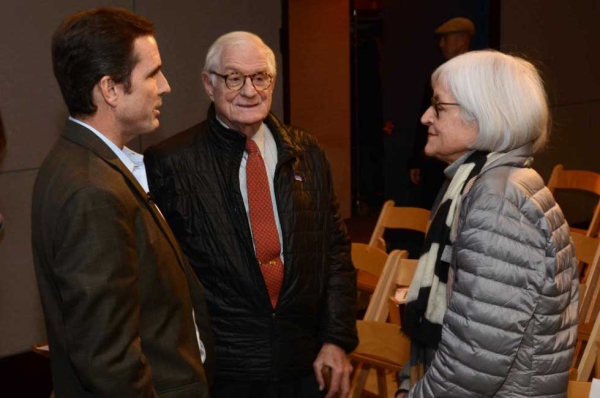 When we first were casting about for a program on a pair of post-9/11 wars — the looming troop withdrawals in Afghanistan and the lessons that might be drawn from the experience in Iraq — we thought of inviting experts in strategy and policy. The Afghan drawdown would, after all, be one of the most important military and strategic stories of the year.

But then I remembered a pair of former colleagues — not analysts but journalists — two men who have lived the Iraq and Afghan campaigns in profound and personal ways. So it was that instead of analysts, the correspondents Bob Woodruff and Mike Boettcher spoke to an Asia Society crowd on Wednesday night about both wars, delivering a poignant, from-the-trenches view.

"We don’t really have a good definition of victory anymore," said Woodruff, explaining why so many soldiers tell him say they wish they were veterans of "a war like World War II." As for reporting from Iraq and Afghanistan, Woodruff said that "covering these wars as journalists, we don’t know where the bombs are anymore."

Not knowing "where the bombs are" has particular meaning for Woodruff. He was among the first reporters in Kabul after the Taliban fell in the fall of 2001; a decade later he was on the Iraq-Kuwait border as the last American forces left Iraq. Between those memorable moments came the attack that nearly killed him. On January 29, 2006, Woodruff and a small ABC News team were traveling with an Iraqi patrol force outside Baghdad. A roadside bomb tore through the undercarriage of the armored vehicle. Woodruff and cameraman Doug Vogt were gravely wounded; though he had been wearing a helmet, Woodruff suffered multiple shrapnel wounds to the brain and another that opened a hole in his neck.

At Asia Society he told the story of Omar, the Iraqi translator who had pressed a hand to the neck wound — one of many acts in the minutes and hours and days that followed that helped save his life. Later Woodruff would help Omar flee, to the then-"safe haven" of Syria. Today, as Woodruff noted, Syrians are fleeing to Iraq. And Omar? "We helped him get out of Damascus," he said. "Now he's working in Kentucky."

Mike Boettcher had been covering conflict for three decades (dating to El Salvador and Lebanon, in the early 1980s) when ABC took him up on an offer to embed with a U.S. military unit for the better part of a year, to cover the conflict and to see the country in ways that others were not doing. An already dramatic personal commitment became more so when Boettcher tabbed his son Carlos as cameraman and producer. "Pop, I want to join you," was what Carlos Boettcher told his father. Their time as a father-son team in Afghanistan is the subject of the soon-to-be-released film, The Hornet's Nest.

Boettcher said that while he has seen tremendous strides made in many parts of Afghanistan, he fears the return of a "Taliban cancer" as international forces leave. "What I worry about in Afghanistan is the capacity of the Afghan Army and government to extend their governance into the remote areas," Boettcher said. "It's basically a problem of equipment and logistics, and connection with a central government that seems a long way away, and isn’t always trusted."

Woodruff and Boettcher both noted that for all the differences between the Iraqi and Afghan situations, the recent militant takeover of Fallujah, in Iraq, had sent a message to commanders in Afghanistan. "Fallujah has changed the game," said Boettcher, in the sense that American commanders may now be less likely to speed the pace of the Afghan withdrawal.

Both men spoke movingly about the personal side of their work in both countries — Boettcher on the experience of bonding with his son in such a forbidding environment, Woodruff about the "miracle" of his survival.

Woodruff was in surgery less than an hour after the attack — faster, probably, than would have been the case in an American city — and the first doctor to operate on him (he removed 16 centimeters of his skull, to relieve pressure on the brain) had performed five similar surgeries in the past week alone. His odyssey would include multiple operations, a near-fatal bout of sepsis, and more than a month spent in a medically-induced coma. Woodruff praised the advances made in battlefield and post-traumatic medicine. "There have been miracles, absolutely," he said. "I'm probably one of them."

Toward the end of the program, Carlos Boettcher joined the conversation — and in an evening of moving conversation, the young producer offered a particularly powerful answer to a question on many minds: Why do it? Why risk lives to cover conflict, and why worry every friend and relative back home?

"If I knew one thing, I knew I wanted to go with him," the younger Boettcher said of that first conversation with his father about going to Afghanistan. "I had the singular opportunity to make a difference. And I would never, ever back down from that choice, because of all the soldiers I was shoulder-to-shoulder with, in the midst of firefights, in the midst of eating some of the worst chow that exists in either hemisphere. They say, 'Thank you.' They say, you don’t know what it means to have my wife be able to watch the story you put on TV, and she kind of gets what I go through every day, she understands it a little bit more.

"I'm thankful from the bottom of heart," Carlos Boettcher said, "for the opportunity my father gave me."