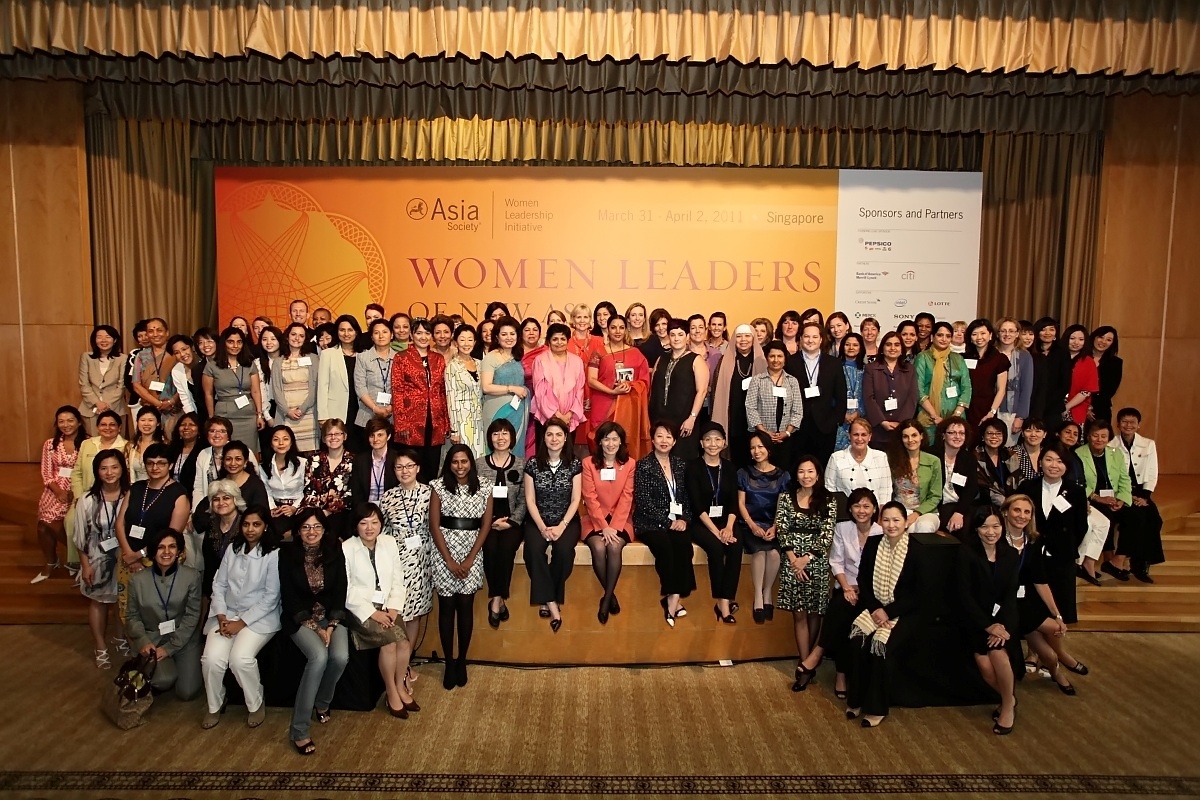 The rise of Asia has become a powerful thesis. From burgeoning China to the dynamic countries of Southeast Asia, the region can boast rising wealth, rising confidence and rising leadership. Yet, Asia’s breathtaking economic growth and demographic strength are intertwined with inequality, poverty, environmental degradation, political instability and other threats. That’s why women’s contributions are needed now more than ever to address the region’s challenges. Unfortunately, few women make it to the top as leaders in Asia, and social norms continue to undervalue girls and women, as evidenced in ongoing sex selection that results in approximately 1.3 million girls not being born per year in China and India alone.

Not all the news is bad. Women have contributed as well as benefitted to some degree from Asia’s economic development. Rising prosperity has narrowed the gender gap in many countries, as reported by the World Economic Forum’s Global Gender Gap Report 2011. Women are making progress on health and survival, educational attainment, economic opportunity and political empowerment. This implies that the women of Asia can leverage rising personal strengths as well as increasing structural opportunities for future leadership.

But cultural and entrenched social norms remain one of the most intractable obstacles for women’s leadership in Asia. A broad campaign is needed to educate people and push for change in the valuation and perception of girls and women. This would include perceiving girls to be as valuable as boys; viewing view women as having roughly similar abilities and potential to lead as men; and openness to gender roles that involve women leading outside the home and men doing more in the home. These shifts will give women more equal voice and agency in the home and in society at large, and facilitate their role as leaders.

However, deeply ingrained values are not easy to change. Education for men, women and youth is only part of the equation. Affirmative action programs can expedite women’s representation in leadership, but they must be given time to affect social norms. For example, in India, exposure over time to female leaders at the local level eventually reduces bias and boosts the aspirations and educational achievement of young women. Governments, particularly China and India, can also increase campaigns to end sex selection against baby girls. More laws (and better implementation) are needed to reduce domestic violence against women and to enhance women’s bargaining power through greater property ownership, access to legal and other support services, and ability to leave marriage. In Pakistan and Indonesia, encouraging examples show how partnerships among government, police, women’s groups, paralegals and non-government organizations work together to strengthen women’s voice and agency, and thus their potential to contribute more fully to society.

Development in general correlates positively with gender equality. However, as the World Bank noted in its World Development Report 2012, the equal rights of women and men are an independent, priority value in development and not just an instrument for economic growth and efficiency. The bank highlights women’s progress in education, life expectancy and labor force participation, as much as it notes continuing problems: the excess deaths of girls and women in low- and middle-income countries; disparities in girls’ schooling; unequal access to economic opportunities; and unequal voice and control in households and in society. From the very start, girls in Asia face significant obstacles to fulfilling their human potential, in general, and their potential for leadership, in particular.

Women feature heavily in two spheres of economic activity in Asia: agriculture and entrepreneurship. Here, the work tends to be particularly low in productivity and scale and women are often pressed into such jobs because of poverty, unemployment and emergency needs. These sectors, however, represent an opportunity to nurture female leadership, especially at local levels. Governments can help through policies that provide women in these sectors greater access to capital, skills training (e.g., in budgeting and financial planning), technology and networks.

At present, many Asian countries still do not take the most pragmatic approach towards their women, leaning more on old cultural, traditional and social norms. It is high time to change this. It will not only benefit women, but society at large and Asia as a whole.

Astrid S. Tuminez, Vice-Dean (Research) of the Lee Kuan Yew School of Public Policy, National University of Singapore, and  Vishakha N. Desai, President of Asia Society, co-wrote this piece and will be discussing ways of improving Asia's gender gap at the 2012 Women Leaders of New Asia Summit from Thursday, April 19, to Saturday, April 21, in Shanghai and Zhenjiang, China.