Video: The Painstaking and Mesmerizing Tradition of the Tibetan Sand Mandala 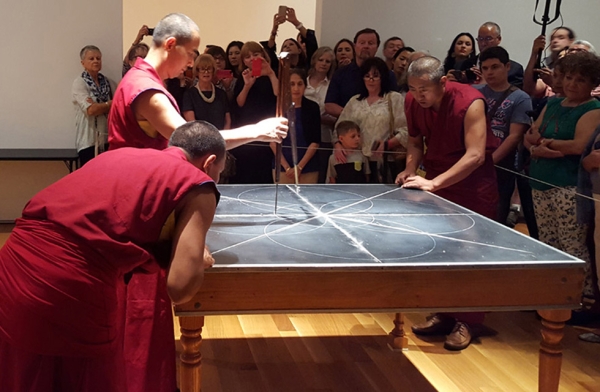 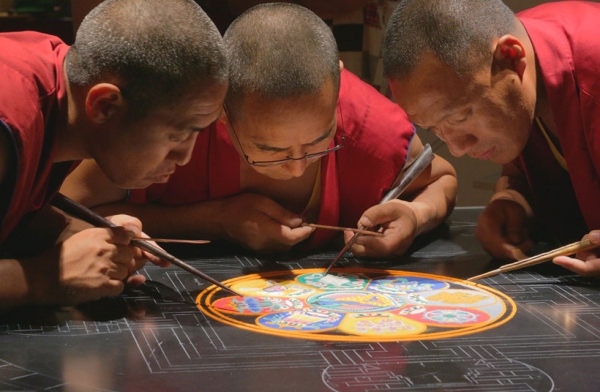 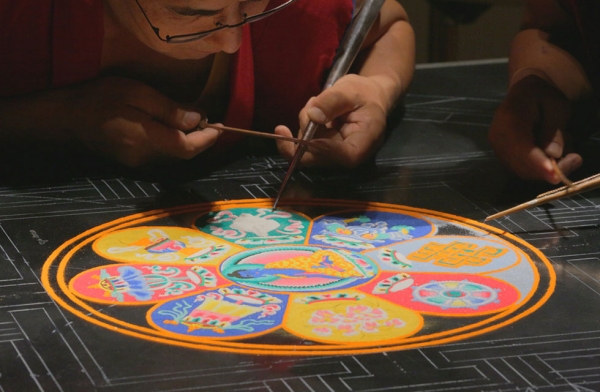 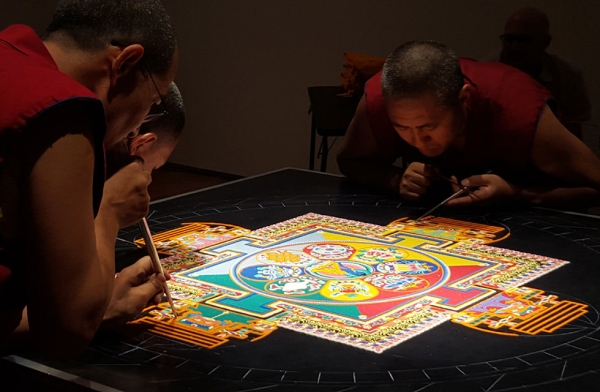 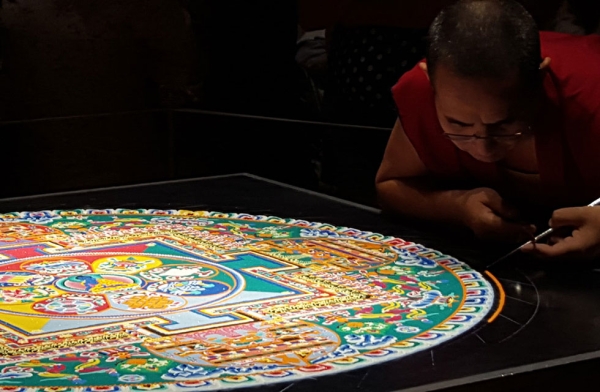 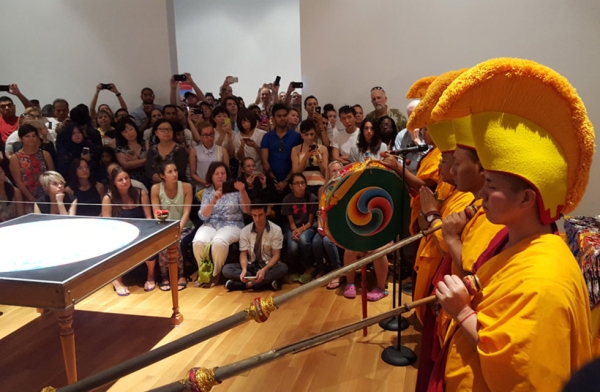 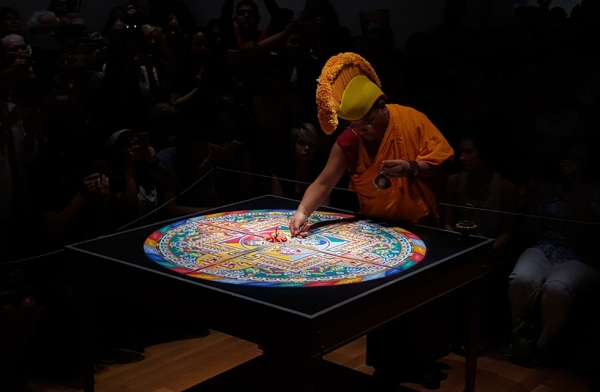 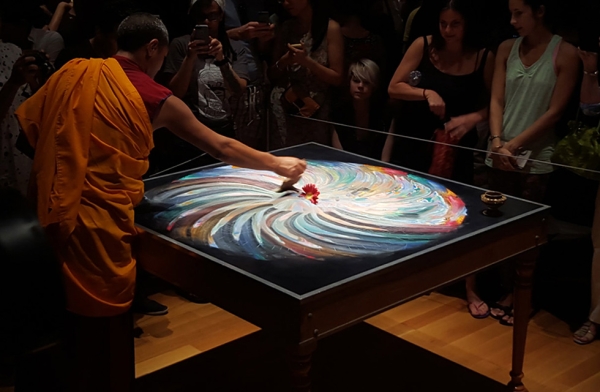 The mandala is one of the most memorable and visually stimulating symbols of Tibetan Buddhism. The sacred works of art are created by Tibetan monks to serve as an artistic representation of the universe. They can be done in different mediums: painted on walls or on scrolls, and even carved in wood. However, the sand mandala, which takes several days to create, is one of the most popular and unique forms of the mandala, manifesting as both a visual and performance art.

The painstaking process and ritual of creating the intricate sand mandala ranks as one of the world’s most meaningful and mesmerizing artistic traditions. The entire process encompasses creation and dismantlement, which is meant to represent to fleeting nature of life.

From Thursday, August 10 to Sunday, August 13, Asia Society Texas will be celebrating The Mystical Arts of Tibet Featuring the Tibetan Monks from Drepung Loseling Monastey. The festivities will include the creation of a sand mandala, music and dance.  Learn more

In accordance to Buddhist scripture, the process traditionally begins with a ceremony held by lamas to consecrate the site where the mandala is constructed, a ritual that usually involves dancing and prayer chants. The actual construction of a sand mandala follows a specific procedure, beginning in the center of wooden platform marked with chalk, and eventually working outwards.

Drawing from millions of grains, monks gingerly place sand onto the surface using thin metal funnels called chak-pur. The construction requires such detailed work that it often takes several days, or even weeks, to form the mandala image.

These sacred cosmograms are also said to transmit different positive energies to the environments that they inhabit and the people that come to view them. In general, all mandalas have outer, inner, and secret meanings. According to the Drepung Loseling Monsatery, the outer level represents the world in its divine form, the inner level represents a map by which the ordinary human mind is transformed into an enlightened mind, and the secret level depicts a primordially perfect balance of the subtle energies of the body and the clear-light dimension of the mind. The creation of a sand painting is said to create purification and healing on these three levels.

Perhaps the most perplexing part of the process is the deliberate deconstruction of the sand mandala. After several days of meticulous work, another ceremony is held by the monks, who issue chants intended to invoke healing from Buddhist deities. As the monks say their prayers, they begin scraping the sand using a knuckle or a brush, creating a gray colored swirl. Traditionally, the sand is carefully collected and distributed in nearby bodies of water, dispersing the positive energy into nature.