Video: Mousavian and Pickering on Search for US-Iran 'Common Interests' 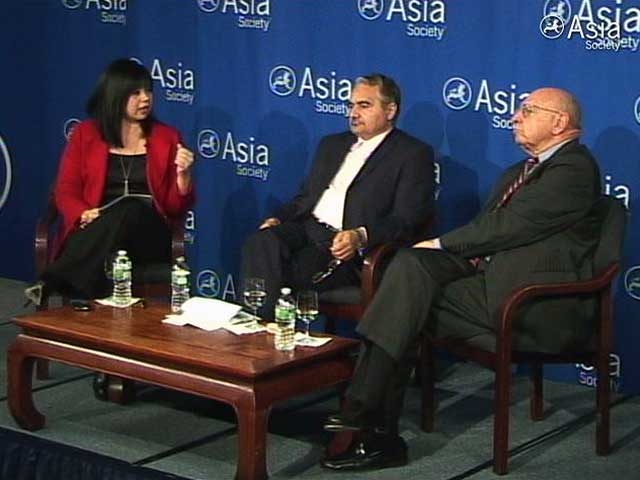 Asia Society brought together Ambassador Hossein Mousavian, Iran's former lead nuclear negotiator, and Ambassador Thomas Pickering, former U.S. Undersecretary of State for Political Affairs, on Tuesday night for a discussion on the future of U.S.-Iran relations, covering a range of issues from Iran's nuclear program to prospects for bilateral engagement.

In describing new developments in Iran's thinking on future nuclear negotiations, Mousavian stated that Iran was prepared to give the International Atomic Energy Agency (IAEA) "carte blanche" to carry out inspections in Iran. In particular, he outlined modifications to a proposal first put forward by Russia that he believed would be acceptable to Tehran. According to this plan, Iran would agree to a series of steps, including granting the IAEA full supervision of Iranian nuclear facilities for a period of five years, fulfilling all requirements contained in United Nations Security Council resolutions related to Iran’s nuclear program, and implementing the Additional Protocol and subsidiary arrangements. In return, sanctions against Iran would gradually be eased.

In response, Pickering said that such an approach could potentially be an acceptable starting point for negotiations. He clarified that the United States has accepted the notion that addressing the Iranian nuclear program through a step-by-step process is an appropriate way to move ahead. The concern with the original proposal was that it was too "front-end loaded" with the removal of sanctions. However, he noted that Ambassador Mousavian's version seems to help to address these concerns.

Pickering added that U.S.-Iran negotiations should expand to other issues as well, especially where there are interests in common, including bringing stability to Afghanistan, which could be done in a bilateral or a regional context. "Maybe we have to work in context of something larger," he said.

Excerpt: Pickering offers his perspective on a way forward for U.S. and Iran engagement on critical issues like a resurgent Taliban and Iraq after the American withdrawal. (3 min., 21 sec.)

This program was funded with the generous support of HBO, as part of the HBO Series on Asian Hotspots.