Video: Chuck Hagel Says 'You Do Have to Engage' With Iran | Asia Society Skip to main content

Video: Chuck Hagel Says 'You Do Have to Engage' With Iran 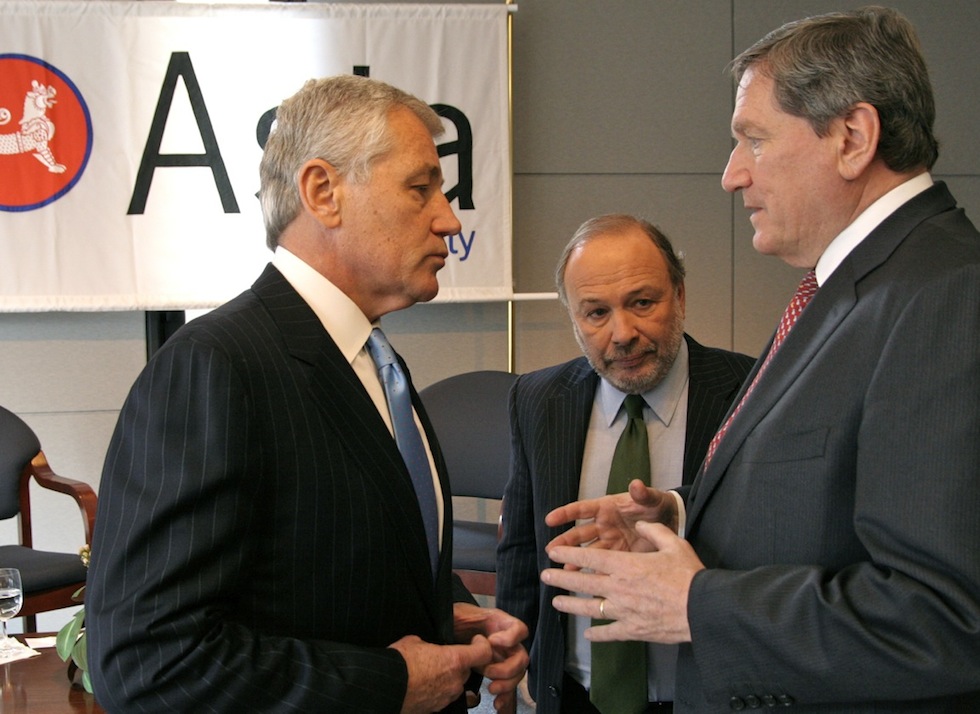 As Senator, Hagel was critical of U.S. wars in Iraq and Afghanistan and has long been an outspoken advocate of engagement with Iran, telling the Asia Society audience "we don't have any choice on these things... you do have to engage. Eisenhower engaged, Reagan engaged, Kennedy engaged." The alternative, he cautioned, is "we'll just blow up the world."

During his 2008 Asia Society appearance, Hagel also told Time magazine political columnist Joe Klein that he considered Pakistan "the most dangerous country in the world" and that the issue of extremism and terrorism would not be solved until U.S. foreign policy considered the common interests and goals of Iran, Afghanistan, Pakistan and India.

What do you think of Chuck Hagel's views?  Would he make a good Secretary of Defense? Watch the video excerpt below and share your views as a comment.