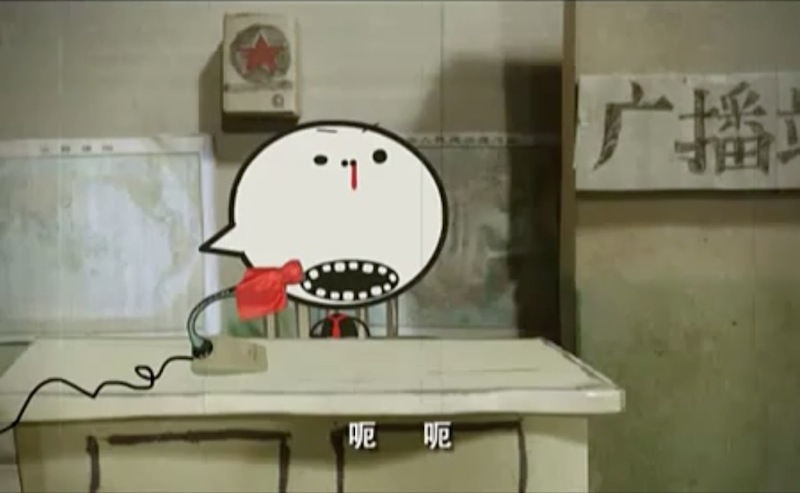 Very few in China are talking about the latest controversial cartoon to hit the internet — because it was erased from websites shortly after it was posted. On the surface the latest "Kuang Kuang" animation seems innocuous enough, but with a little context, it's "a very clear reference to the artist Ai Weiwei," China media and advertising expert Jeremy Goldkorn said in an interview with Asia Society from Beijing late last week.

Here's the backstory you need to know: Dozens of Chinese progressives have been detained following a series of protests known as the Jasmine Revolution. The highest-profile detainee to date has been Ai, an artist and activist whose last major exhibit, at Tate Modern in London, features thousands of porcelain sunflower seeds.

Goldkorn said this latest video is part of a recent trend in China: The use of "humor to poke fun at the authorities." Goldkorn said it also represents the "strange paradox that is the internet in China today." He explains: "Despite being one of the most controlled and censored online environments on the planet, it is also still the freest space for self expression in China." For more information about the people behind this animation — and their viral video about revolutionary bunnies from earlier this year — visit Goldkorn's website, Danwei.org.

In the video below, watch the short cartoon "Crack Sunflower Seeds" (with English subtitles) followed by commentary from Goldkorn via Skype (apologies for the quality).